Thermoworks is our favorite thermometer producer because they are known for producing high quality, highly accurate thermometers and their Signals 4-channel thermometer follows suit. Signals was built for the serious BBQ pitmaster who wants to keep track of four different temperatures at once over Bluetooth and Wi-Fi. Signals retails for $229 and includes three cooking probes and one air probe. 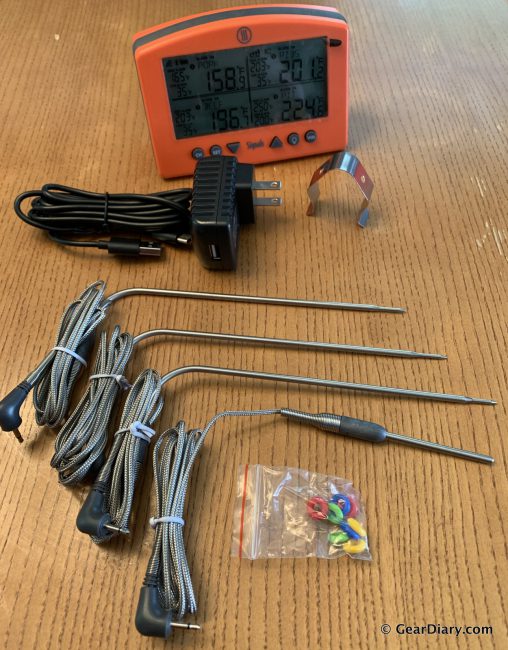 Any modern pitmaster will have a remote thermometer that allows them to monitor the internal temperature of their meat. Thermoworks Signals has a total of four channels, meaning that you can monitor four separate temperatures. This means that you can be smoking a brisket, pork butt, and chicken all at the same time while also monitoring the air temperature inside of your pit. The Signals comes with three food probes and one air probe, which makes this the perfect arrangement for the probes. 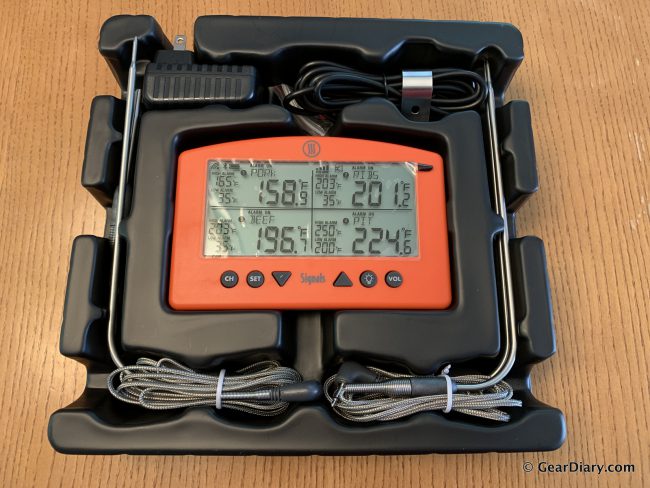 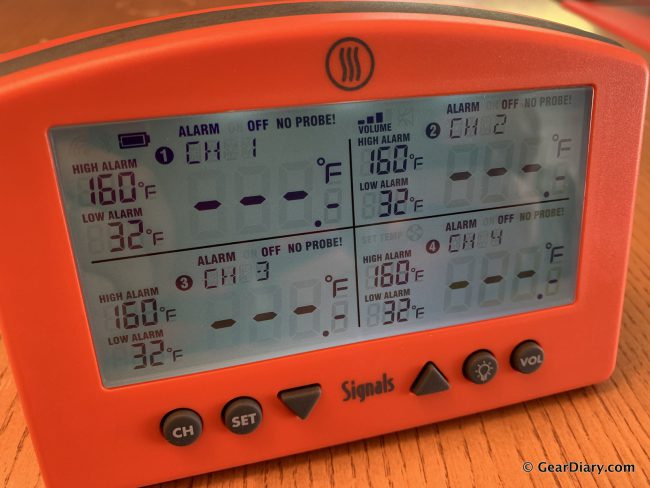 The LCD display is easy to read thanks to it being broken out into quadrants with the current temperature displayed the largest. You’re also able to label each quadrant with what you’re measuring. Within each quadrant, you can see the min. temp alarm that’s set as well as the max temp alarm that’s set. Along the top of the display, you can see the wireless connectivity signal, battery level, and volume level. 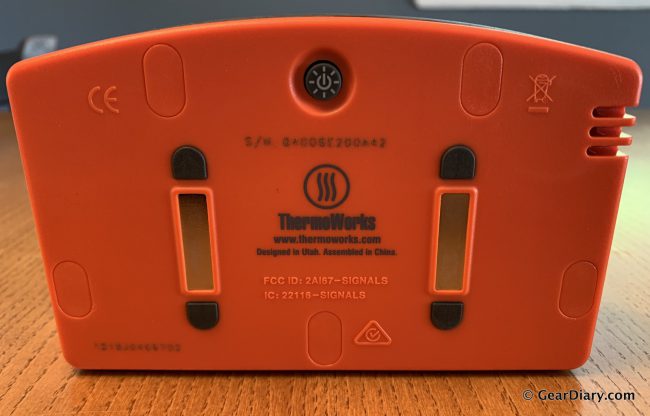 The back of the Signals body has a magnet attached, so you can slap it on the body of your so that it doesn’t take up space on your workspace. The LCD screen is angled upwards so you can view the screen without bending over to get face-to-face with it. The body of the Signals is IP66 rated, which means it’s splashproof and can handle a sudden rainstorm without any additional measures to waterproof it. One side of the Signals has four probe ports, each labeled 1 through 4. The same side has a USB-C port, which is used to charge the built-in rechargeable battery. 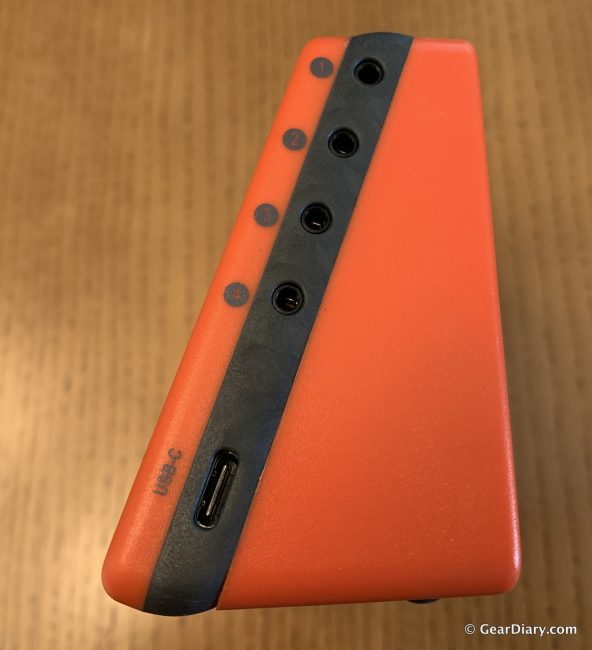 Speaking of labeled probe ports, the Signals also comes with four pairs of colored high-temp silicone rings that allow you to match the probe you’re inserting into your food with the coordinating probe port. The accuracy of the Signals probes is +/- 1.8F up to 248F, +/- 3.6F from 248F to 392F, and +/- 5.4F from 392F up to 572F. 572F is the maximum temperature that can be read on the Signals. 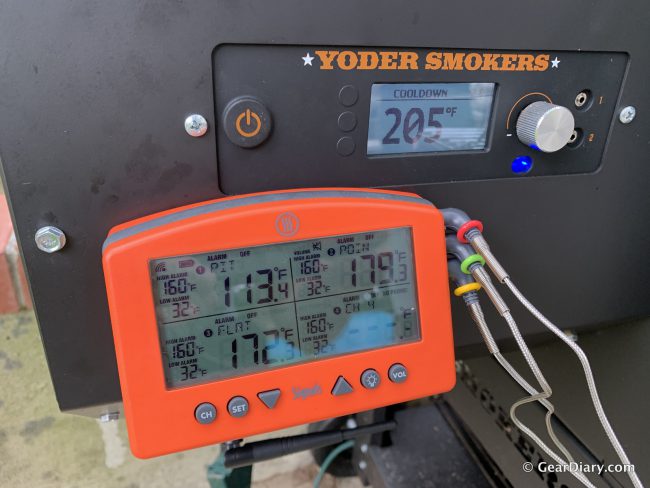 The free Thermoworks BBQ app allows you to easily label your channels, receive alerts, view graphs displaying the temperature data of your cook, and much more. The app will also save the data from your last 10 cooks in the cloud, allowing you to review them and learn from them. While Thermoworks’ app is fully featured, the user interface could use some work, though I understand Thermoworks isn’t a software company. 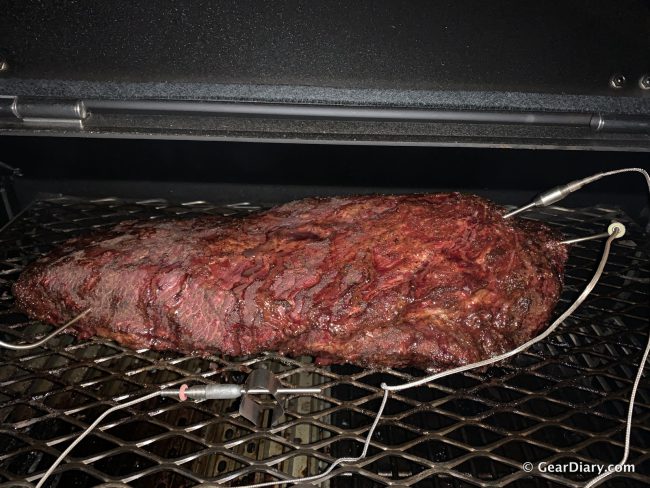 While the battery life of the Signals is advertised as 16 hours of continuous use, I noticed that I started getting low battery warnings after around 10 hours of smoking, which was surprising. Unless this was an anomaly, this is something that concerns me because if you’re doing a long cook, you want to trust your thermometer to go the distance and not run out of juice before you’re done. However, being that Thermoworks has a reputation for high-quality equipment, if you’re having issues with your battery, I would expect them to make it right.

Battery concerns notwithstanding, I would recommend the Thermoworks Signals to any pitmaster who wants to make sure they have an accurate temperature reading that they can access from anywhere they have internet access. Great for overnight cooks or times where you’ve got better things to do than sit in front of your grill, the Thermoworks Signals should be your go-to thermometer.  It comes in a number of colors to suit any taste; including white, yellow, green, red, blue, orange, pink, purple, and black.

You can purchase your Thermoworks Signals directly from the source at Thermoworks.com.

What I Like:  Simple to use; Bluetooth & Wi-Fi connectivity; Four channels; Waterproof; Smart alerts; Accurate readings.

What Needs Improvement: App user interface could use some polish; Battery life could be an issue.