Most of us don’t think about what our digital footprint means. Think about the dossier Facebook, Instagram or Twitter have on you. Not to mention Amazon’s knowledge of your shopping and Google’s of, well, everything. HBO gave us a glimpse into what that could mean with a Westworld tie-in dinner this week that left us all a little bit unsettled. 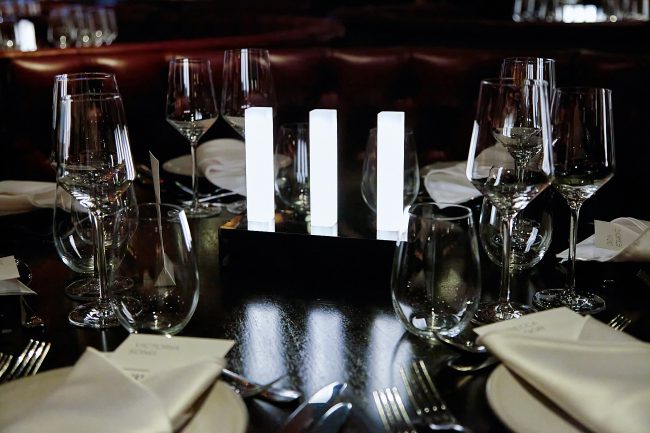 We did not know ahead of time anything about the event, except that it was connected to Westworld and we had to answer a lot of personal questions. The initial invitation asked how you felt about the future, your overall state of satisfaction with your life, etc. They also asked for our social media handles, which is a very common request with media events related to CES. We were told the event was for a company called Incite, they asked about food allergies, and beyond that, all we had was a restaurant and a time. 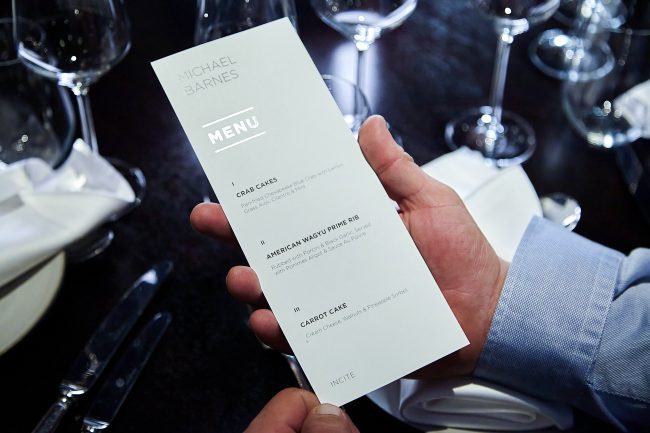 The unsettling nature of how easy it is to learn about people started almost immediately. The “Incite” staff members knew all sorts of personal information about us, from that Judie lives on a ranch to another dining companion’s pets’ names. It was all presented so seamlessly — a stranger would come up to one of us, greet us by name, and then drop in a personal question or comment. Once we were inside, they introduced everyone at our table, and we all had personalized menus with the three courses already laid out for each of us. Again, the Incite person assigned to our table was unsettlingly well-versed in each of our lives. 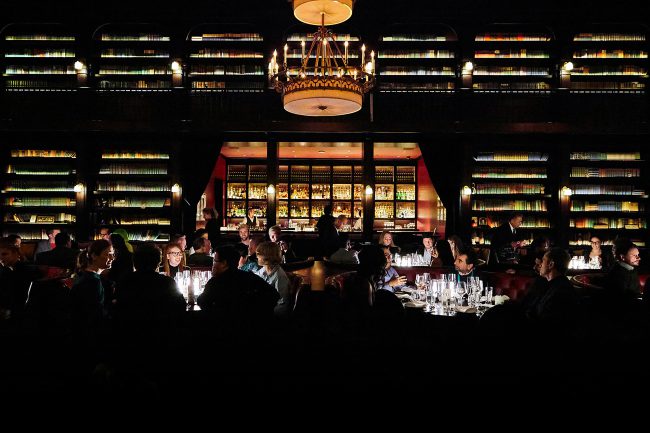 We were all familiar with Westworld and the idea of hosts and robots, so we all joked about one person at the table being a “host”. However, it’s important to note that at no point during the evening did anyone mention HBO or Westworld. Instead, the entire evening was being run as though the fictional Incite Inc was organizing it. After dinner, the Incite rep began to explain the vision of the company: the idea was that by consolidating and studying all the pieces of data about us, their AI could best predict what we would like to eat, who we would enjoy dining with, and so on. Then they pulled up the name of the person at our table that we had joked wasn’t real, and walked us through her life from high school on. She chose college over backpacking through Europe, met her husband, stayed in their hometown area, had a child…and was faced with the decision currently to move for a job or stay where they were. 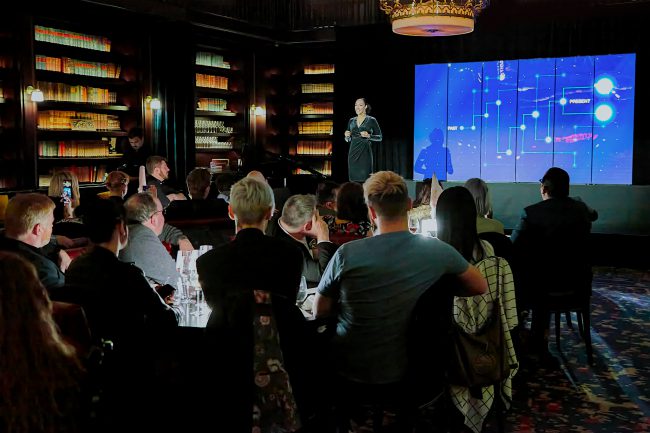 At that point, our dining companion conveniently disappeared, but the Incite folks continued with their pitch: by hiring Incite, we could allow them to use the data they had compiled to dictate every aspect of our lives, and their algorithm knew us so well it would correctly guide us without the “chaos” of having a choice. We also received personalized reports at the end of the night predicting our lifespan as well as offering advice for the future, courtesy of Incite. The experience was unlike anything else because there was no moment where anyone broke character or said: “hey, so this is how it ties in with this cool tv show”. They just treated it like a given that they knew everything about us and that this was not only normal but something we should desire.

We don’t know anything about Westworld season 3 yet, but we do know Incite is a major player. The idea behind this experience was twofold, as it not only promoted Westworld and had us all buzzing about the dinner, it also reminded us that the concept of an Incite isn’t that farfetched. With just the information we provided voluntarily, HBO and Giant Spoon created a 600 page scripted dinner that drove home how much they knew about us, our families, and our lives. This was all in good fun, but it made all of us pause and wonder about how much we’re willing to share in the future. It also made us all quite curious and excited about Westworld‘s new season!