One of the best things about CES is learning about the future. Companies announce what’s definitely coming, but they also talk about their ambitious projects, the ones they’re still refining but show the direction they see for the future. Dell showed us two concept PCs this week that aren’t yet available but indicate where Dell sees the future of computing, and it looks amazing! 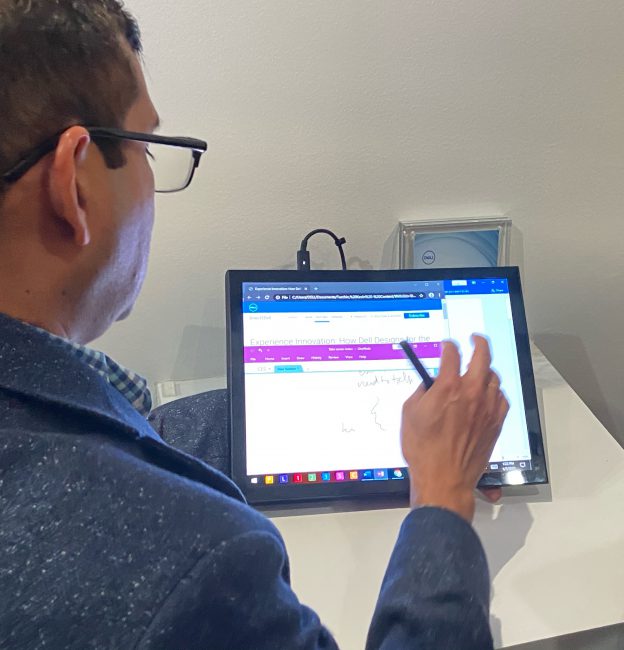 Folding is the goal of the future, apparently, and while Dell hasn’t pulled a Lenovo with a full folding laptop, they did show off their version of a folding screen computer, nicknamed “Concept Ori”. It’s still in beta, though Dell did have the software working so we could see it respond to different folding angles. While Microsoft has announced Windows 10x for folding PCs, it’s not out yet, so it’s hard to judge specifically how the software experience will be in a finished product. Still, the small demo we saw indicated a smooth folding experience and software that kept up. 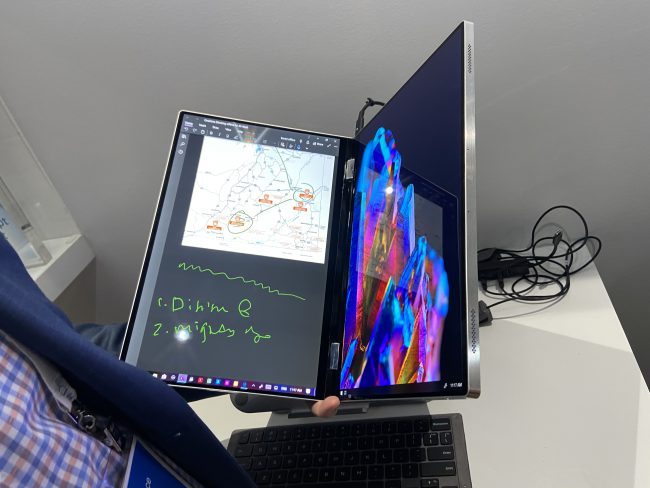 What we found more intriguing was the other dual-screen device Dell showed off, “Concept Duet”. Instead of a continuous folding screen, the Duet is two separate screens joined at the hinge. It may not have the initial visual wow factor of a folding screen, but Dell clearly placed a lot of thought into the concept and it has the potential to be even more immediately useful if it gets released. Dell demonstrated how with two discreet screens, it’s easier for the user to designate each to different tasks. For example, they showed how you could take notes on one screen and watch a conference call with the other, or have OneNote on one side and a report you’re studying on the other.

If you’re used to working off two monitors, the divide between screens is sometimes more useful, since it puts a visual separation between different work areas, and the Duet carries that same concept. Dell also showed off a very slick trick with the Duet, where a magnetic keyboard placed on the bottom screen brought up a virtual touchpad below the keyboard, turning the Duet into a regular laptop experience. If that carries over into any finished versions, that could make the Duet the perfect bridge between traditional laptops and the eventual all-screen experience that seems to be coming soon. 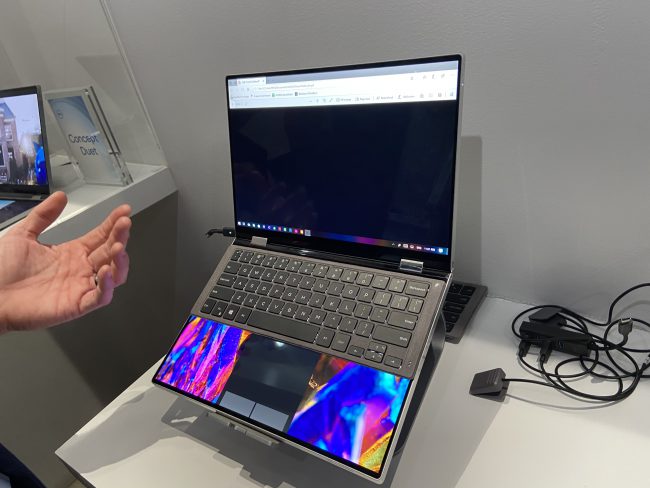 Neither of these is going to be available commercially, and when these concepts do become reality there may be all kinds of changes, but the fact that Dell is putting this much thought and detail into these concepts indicates that one way or another, dual screens are the future!