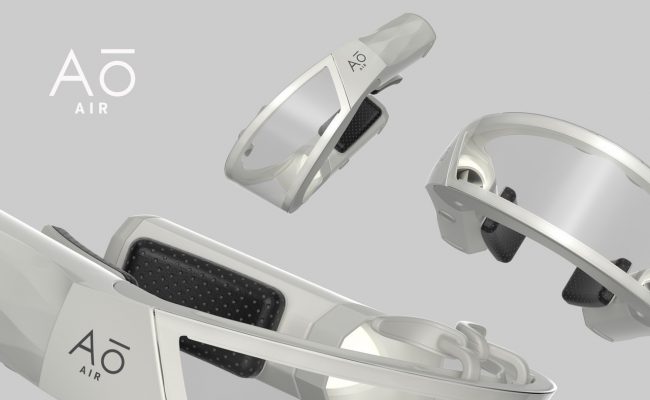 In order to understand what makes Atmos different, it’s important to understand how a respirator normally works. I had the chance to speak with Dan Bowen, one of the cofounders of Ao Air, and he explained that traditional respirators require a filter and a tight seal around someone’s face. The problem is that the human face, no matter how attractive, is uneven and has things like pores and facial hair, which makes sealing something against faces difficult. Also, no one can see your face, which is kind of unsettling.

So Ao Air set out to do something different. It’s clear, so you can see people smiling with how stylish they look in their Atmos respirators. Also, they’ve crammed some serious technology into the Atmos beyond just letting people see you smile through pollution. The mask doesn’t rely on a seal; instead, it creates a negative pressure system by using forced air and nanofiber. This keeps germs and pollution out more efficiently since there’s no weak spot where a seal might not be working. In our conversation, Dan Bowen pointed out that pollution is more deadly today than AIDS, smoking, and malaria combined. Basically, pollution is a health crisis that needs the same level of attention that those epidemics have all received, and respirators like Ao Air are a way to help save lives while we work on the root causes of the pollution. 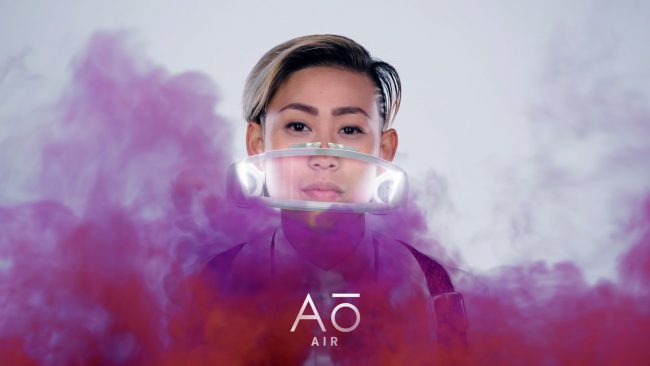 One thing that comes through clearly when talking with the folks behind Ao Air is that this is a passion project for them. It’s about more than just selling a device, it’s about providing cleaner air and improving the world. There’s a significant demand for something like the Ao Air Atmos, that combines style with air purification. According to the company, they sold out of their pre-sales ahead of CES, and if you’d like to pre-order, you can do so for $350. The eventual retail price will be $410, and Ao Air is throwing in 4 filters with the preorders, which will normally retail for $50. While no one wants to have to reach for a respirator, with wildfires, pollution, and other air impurities that are a reality in the modern world, it’s important that we see innovations like this to help protect our lungs!