I think it’s safe to say that all of us have watched the news over the last eleven days with broken hearts. The deaths of George Floyd, Ahmaud Arbery, Breonna Taylor, Tony McDade, and countless other people of color are a national tragedy. People everywhere are rightfully using their first amendment rights to seek change; corporations are jumping on the bandwagon, sometimes with mixed results. 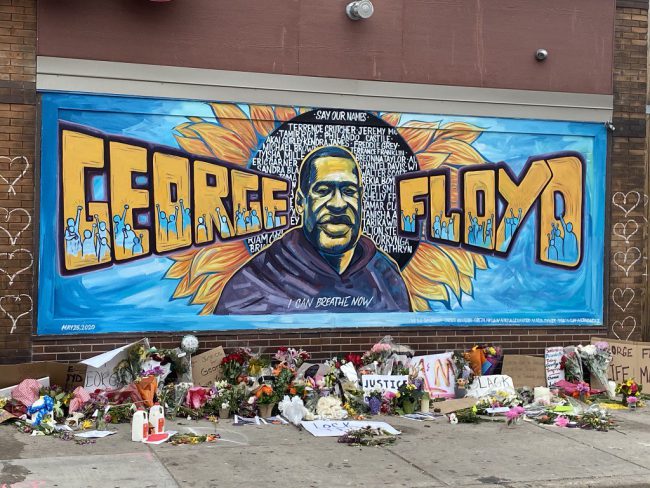 No one expects corporate America to fix systemic racism, but you know what corporations can do? They can put their money and resources where their platitudes are. Some corporations have notably stepped up to try to offer support, while others have been deeply disappointing with their toothless responses. None, however, has been more disappointing than Apple.

Tim Cook put up an open letter against racism and discrimination on Apple’s homepage yesterday, but nowhere in the letter did he state how much Apple planned to pledge to fight racism. There were a lot of lovely words, but mostly it was Tim Cook turning himself into a pretzel to pat himself on the back for how Apple strives for diversity. He did not promise any specific initiative or pledge any of Apple’s $50 billion+ in liquid assets, Cook just said, “we’ll keep supporting the Equal Justice Initiative.” That’s great, but Apple has significant cash on hand and a very large platform. Everyone from the business news to social media would take immediate note if Apple pledged a substantial amount of money or offered to give a percentage of proceeds from the App Store or Apple TV to specific organizations.

Instead, we have some choice tidbits like this one, where Tim Cook turns a discussion about race relations into … a climate change debate?

But we must do more. We commit to continuing our work to bring critical resources and technology to underserved school systems. We commit to continuing to fight the forces of environmental injustice — like climate change — which disproportionately harm Black communities and other communities of color. We commit to looking inward and pushing progress forward on inclusion and diversity, so that every great idea can be heard. And we’re donating to organizations including the Equal Justice Initiative, which challenge racial injustice and mass incarceration.

It also feels like maybe Tim Cook could have ended a letter dedicated to a man who was murdered by suffocation a little bit differently:

With every breath we take, we must commit to being that change, and to creating a better, more just world for everyone.

Even the title of Tim Cook’s letter, “Speaking Up On Racism,” feels a bit like he missed the point. Stating you’re against racism right now is not enough, because the reality is that the world isn’t going to change because Tim Cook asked nicely. We need to work together to effect change in our society, but it’s naive to think that cold, hard cash isn’t needed. Apple can’t magically erase racism, but they do have the ability to give a significant boost to organizations that could use donated money to help make those systemic changes. Apple, telling us they’re going to donate isn’t enough — they need to show us the receipts!

We’re being hard on Apple because, quite frankly, it’s egregious that Apple hasn’t pledged large, specific amounts of money. Come to think of it; this is the second time this year that Apple has offered up a milquetoast response to a national tragedy. They donated $15 million to COVID-19 relief efforts, but they did that alongside releasing expensive new hardware, a timing juxtaposition that looked bad at the time. Tim Cook’s generic open letter is even worse.

To give you a sense of how much cash Apple has on hand, they could purchase Best Buy and Electronic Arts in cash, plus match both company’s pledged donations and initiatives — and still have liquid assets left over.

Here’s a small list of companies we want to recognize who have given concrete donations and initiatives:

Best Buy: The company has pledged to open 100 more of its Teen Tech Centers to help underprivileged teens gain experience and skills with the technology they will need for the future but may not be able to afford or access. They’re providing computers and internet to students in Minnesota who need them for remote learning, ensuring that families who are struggling will not have children fall behind in school. They’ve pledged to reopen stores that were damaged during protests, and they are paying employees of closed stores during the closure. Finally, they’re creating a diversity council to determine how they can continue to address racial inequality as a company and within the company.

Electronic Arts: EA has pledged $1,000,000 to the Equal Justice Initiative, the NAACP Legal Defense Fund, and they promise more donations to come. They’ve also said they will match any employee donations related to these causes during June. As of now, there are no loot boxes, but give it a few weeks.

Home Depot: They’ve pledged $1,000,000 to the Lawyers Committee for Civil Rights Under Law.

Google: They’ve pledged $12 million in funding to organizations working to address racial inequities. Their “first grants of $1 million each will go to our long-term partners at the Center for Policing Equity and the Equal Justice Initiative. And we’ll be providing technical support through our Google.org Fellows program. This builds on the $32 million we have donated to racial justice over the past five years. We’ll also offer $25 million in Ad Grants to help organizations fighting racial injustice provide critical information.” Google also matched an additional $2.5 million in donations through its latest Googler giving campaign. UPDATE: “YouTube is committing a multi-year $100 million fund dedicated to amplifying and developing the voices of Black creators and artists and their stories. Through the month of June, YouTube’s Spotlight channel will highlight racial justice issues, including the latest perspectives from the Black community on YouTube alongside historical content, educational videos, and protest coverage. This content showcases incredibly important stories about the centuries-long fight for equity.”

Nike: They’ve made a $40 million commitment over the next four years to support the Black community in the U.S. on behalf of the NIKE, Jordan, and Converse brands collectively. They will focus the committed money on investing in and supporting organizations that put social justice, education, and addressing racial inequality in America at the center of their work. UPDATE: Nike (along with Postmates, Twitter, and Square, and others) has made Juneteenth, which celebrates the end of slavery in American as an official paid holiday “to better commemorate and celebrate Black history and culture.” You can see a full list of companies who have done the same, here.

Michael Jordan and the Jordan Brand: They’ve pledged $100 million over the next ten years to organizations dedicated to ensuring racial equality, social justice, and greater access to education. This is on top of what Nike has already donated as a collective brand.

The time for talk is done. Racism and other forms of bias that are present in society need to be addressed. That can happen by our speaking out, voting, and selecting the companies with whom we do business. After all, unless we stop doing “business as usual,” how can we expect these companies to do the same?

When I was the rabbi of the Jewish community in Berlin under the Hitler regime, I learned many things. The most important thing that I learned under those tragic circumstances was that bigotry and hatred are not the most urgent problem. The most urgent, the most disgraceful, the most shameful and the most tragic problem is silence. A great people which had created a great civilization had become a nation of silent onlookers. They remained silent in the face of hate, in the face of brutality and in the face of mass murder. America must not become a nation of onlookers. America must not remain silent. Not merely Black America, but all of America. It must speak up and act, from the President down to the humblest of us, and not for the sake of the Negro, not for the sake of the Black community but for the sake of the image, the idea and the aspiration of America itself. Our children, yours and mine in every school across the land, each morning pledge allegiance to the flag of the United States and to the republic for which it stands. They, the children, speak fervently and innocently of this land as the land of “liberty and justice for all.” The time, I believe, has come to work together – for it is not enough to hope together, and it is not enough to pray together, to work together that this children’s oath, pronounced every morning from Maine to California, from North to South, may become a glorious, unshakeable reality in a morally renewed and united America. – Rabbi Joachim Prinz at the March on Washington, August 28, 1963

We strongly recommend you visit these sites to learn more about how we can all contribute in a meaningful way to changing the injustices and systemic racism in our society.

• Ways You Can Help 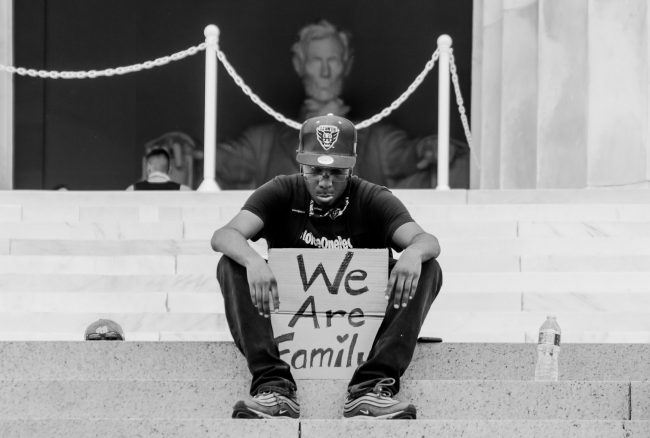