One of the cooler things that we’ve spotted while here in Vegas was Michael Kaplan and his Segway iBOT. I’ve seen plenty of  “regular” Segways, but until yesterday had never seen the wheelchair version – other than in blog posts.

After talking to Michael for just a bit, I was impressed by how positively the Segway iBOT has affected his life. How so? On top of being able to climb stairs with ease, he can also raise the seat to the height he was before – 5’8″ and look people in the eye…something I regularly take for granted from my height of 5’10”. 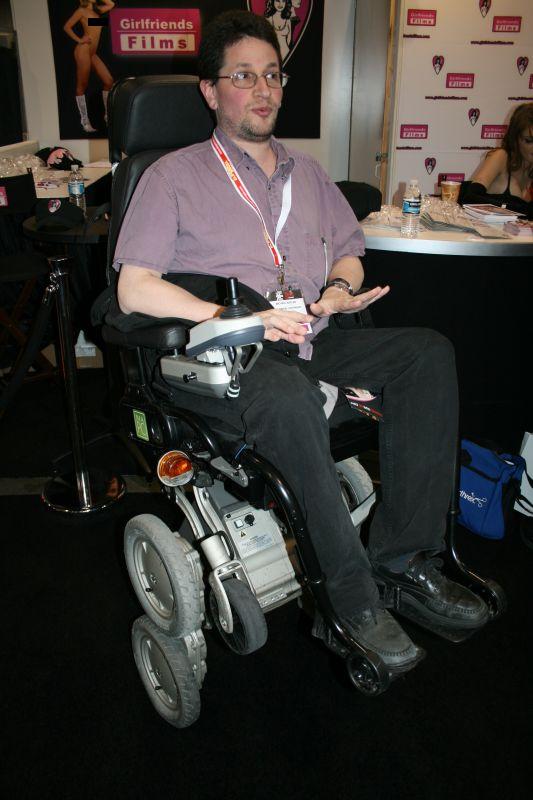 After checking out its Wikipedia entry, I soon learned that there were many more reasons to find Dean Kaman’s Segway iBOT impressive…

The iBOT has a number of features distinguishing it from most powered wheelchairs:

According to Wiki, Johnson & Johnson will discontinue sales and marketing of the iBOT this month.

My question is why?

The answer may have to do with its price tag (about $26K), and the fact that insurance will not usually cover the expense. In the words of Shannon, a blogger who regularly writes about her iBOT experience: “They say the iBOT is a “luxury”.”

I’m not sure how a person who can stand, walk, climb stairs, and look others in the eye could deem the ability to do so a luxury.

As Michael says about his Segway iBot in his blog:

I swear I’d like to find the original doctor who signed the initial NOT MEDICALLY NECESSARY rejection letter — flying to him if that is what it takes — wheel up to him in my IBOT in balance mode, and tell him that human dignity may not be medically necessary.

After which I’ll break my safety rules and “accidentally” run over his foot. 🙂