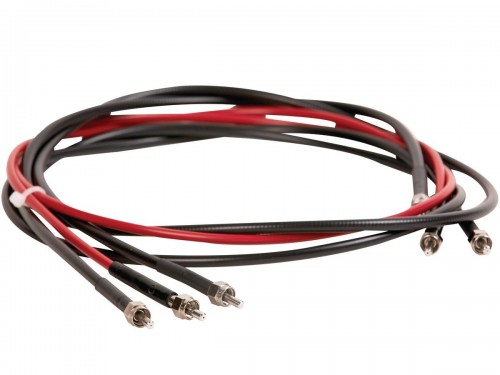 Cablevision vs FiOS? Which should you choose?

We are finally getting close to moving into our new home, and of course my number one priority is getting the Internet up and running. There are two choices for our area, Cablevision or Verizon FiOS, and both are relatively similar. We had both at our old house, so we are fairly familiar with the customer service pros and cons of both. The bigger issue is the labyrinth of bundled deals available. How do you determine which deal is the right one? I called both companies to get more information, and was very surprised by the results!

First, I made a list of what we needed. If it were up to me, we would have the rock bottom cable option and the fastest Internet speeds possible. However, Sarah likes having cable channels to surf and the options from free OnDemand menus, so we will need some kind of full cable package. We also pay $145 a month with taxes for our Verizon Wireless plan, so we really don’t need a cable phone option. So really, our priorities are a basic cable package, fast Internet, and either a completely free phone or no phone option. Simple, right?

Try telling that to Cablevision. They have every option you’d like, as long as you want cable, Internet and phone bundled at one price of $84.95 a month. Plus $7.99 for the cable box. So really, they want $94 a month. I point-blank asked the rep if we could drop the phone service, and he informed me it would become more expensive without the phone. He did offer me the “economy triple play”, which clocked in at $70 (plus $7.99 for the cable box). What makes it economy? Instead of a few hundred cable channels, you get 40. Plus that phone line we won’t use.

Verizon FiOS was slightly better. We could opt for a “build your own double play” package, with a basic HD cable set (140 channels), and “Quantum” Internet service, no phone (hallelujah!) for $74.99. There would be an additional $6 charge for the set-top box, but even so, that’s a $15 savings over Cablevision. The catch is that to get that price, we would need to sign a two-year contract.

Even so, I am leaning heavily towards the FiOS deal. We get the cable that Sarah wants, the Internet I want, and we are not spending an additional $10+ a month on a phone we don’t need. $10 isn’t much, but that’s $120 extra per year, or $240 over the span of two years. Plus Verizon will toss in a $100 gift card if we sign for two years. Verizon will further sweeten the pot on the two-year contract by locking in that $74.99 for the full two years. Cablevision will only lock us in for the one year, at the end of which we would have to renegotiate or face a much higher monthly costs.

Honestly, both are more than I would like to pay for cable and Internet. But we don’t have a lot of options. And instead of looking at this as being forced into a two-year contract, I look at it as locking in a halfway decent price for two years. At least Verizon isn’t forcing us to buy a phone we don’t want, though I do find it ironic that the cable company is insisting we buy phone service, while the phone company is totally ok with us skipping the phone!

Those are the options I’ve got; what choices and compromises did you have to make when you decided what would go in your home?