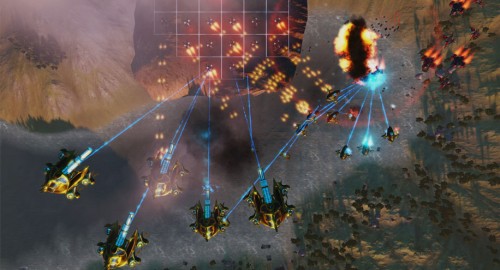 This week Larian and GoG.com announced they were teaming up to offer a discounted pre-order for Divinity Dragon Commander, knocking 11% off the price and asking only $39.99 for this massive game that offers single and multiplayer campaigns, as well as real-time and turn-based campaigns.

There is a ton more about the game at GoG, but here are a few features:

As you might have noted, similar to what happens in Divinity II you get the chance to transform into a Dragon in Dragon Commander! I am sure this will have amazing gameplay implications, and cannot wait to check them out! 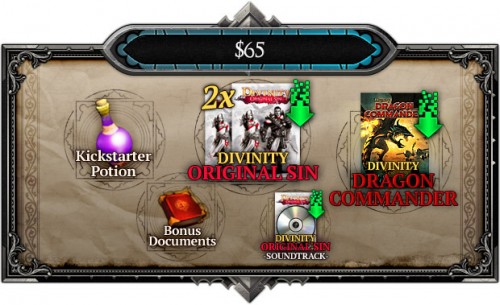 As I noted, I jumped on the Divinity Original Sin Kickstarter as soon as it launched, with my only concern that I get a digital copy of the game.

What I did NOT notice was that by pledging more than $65 I could get a copy of Dragon Commander as well – that’s right, two amazing games from one of my favorite developers set in the Divinity universe for just pledging a minimum of $65! That is the price of a single crappy EA annual roster update game! Here is what they say:

Two games, two times the fun! You’ll recieve a code for Dragon Commander as soon as it is released (ETA July 2013). You won’t have to wait for your Divinity Fix with this package! Dragon Commander Digital Edition will be DRM-free, and will be localized in English, French, German, Polish and Russian. Additional languages may be added. The game will initially be available for PC. If Mac and Linux versions, and other languages, become available they will be free to owners of PC copies (digitally). Digital copies will have to be downloaded via your preferred digital retailer such as Steam or GOG.com if available. This low price is only available to those who help fund.

So naturally I increased my backing amount enough to get both games – I still have to decide whether to get my copies through GoG or Steam, as I love both services. But it is great to have the options – choose how to pre-order, choose delivery method. It is amazing how much these things have opened up just as so many other areas of the game world seem to be closing down.

Here is the trailer for Divinity Dragon Commander:

Check it out, and let us know how you decide to grab the game!