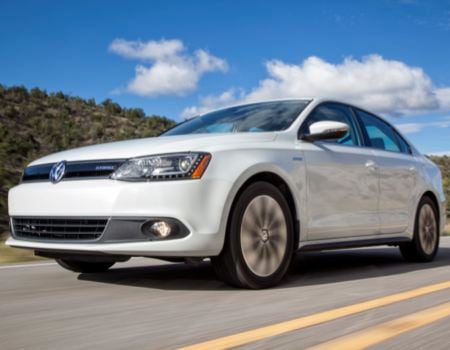 Let’s face it – going green will cost you, at least when it comes to your automobile. Nearly every automaker charges a premium for their most environmentally sensitive models when compared to comparable gas-only alternatives.

At Volkswagen things are no different. The last new Jetta we tested was the TDI turbo-diesel model that arrived at the high end of the pricing spectrum for the model line. Now the German automaker offers a gasoline/electric hybrid version its popular compact sedan and it tops the Jetta pricing scale. 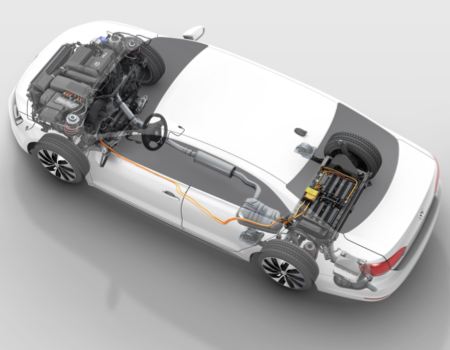 Part of the reason is research and development costs need to be recuperated while the automakers are also placing hybrid technology into top trim level vehicles. And with gasoline and diesel engines becoming more and more efficient consumers need to sit down and do the math before rushing out to spend the additional greenbacks to prove their green lifestyle.

The new Jetta Hybrid arrives with a 150hp 1.4-liter turbocharged four-cylinder engine mated to a water-cooled 20kW electric motor for total power output of 170hp and 184 lb. ft. of torque that comes on very early thanks to the nature of the hybrid powertrain. 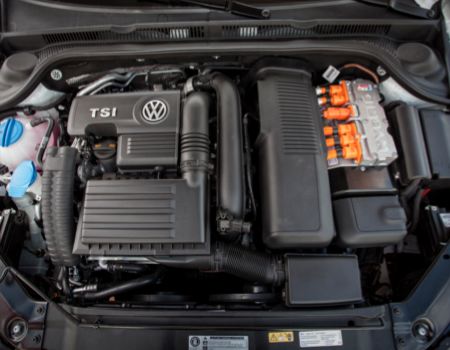 Backing the engine is VW’s seven-speed DSG dual-clutch automatic gearbox that can be operated in full auto or shifted manually and there is even a sport mode setting. The combined hybrid powertrain offers quick acceleration and broad, smooth power delivery. The Jetta Hybrid can be operated in full electric mode at speeds up to 37 mph in normal mode or up to 44 mph in E-Mode but range is very limited (less than a couple of miles).

Being a hybrid there is a slight cargo space tradeoff as the 60-cell, 220-volt battery pack has to go somewhere, in this case in between the rear wheel wells in the forward portion of the trunk. 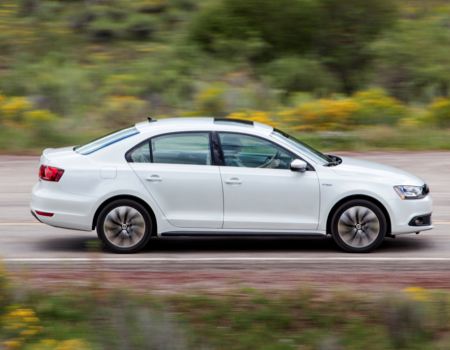 Fuel economy for the 2013 Jetta Hybrid is rated at 42 mpg city and 48 mpg highway, with a combined rating of 45 mpg. Our loaded SEL test model arrived with a pricetag of $30,155, however Volkswagen does offer the Jetta Hybrid with a base MSRP of $24,995.

The SEL trim level among other things brings the Fender Premium Audio system to the Jetta so while I was driving green, I was guilty of a bit of “noise pollution” during my week in the new Hybrid.

The 2013 Volkswagen Jetta Hybrid is a nice car offering great fuel economy and a reduced carbon footprint, but it is NOT a $30,000 car. It is, after all, still a compact sedan. 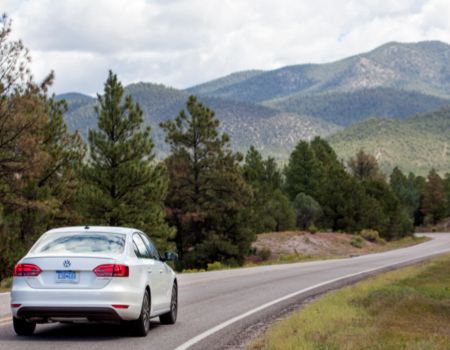