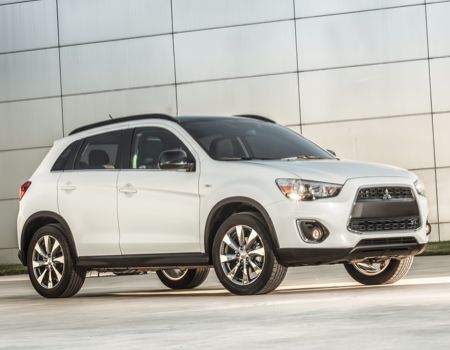 An “odd duck” of sorts showed up in my driveway recently courtesy Mitsubishi media fleet – a 2013 Outlander Sport crossover utility vehicle. Odd as the automaker has already released an all-new 2014 Outlander but apparently the Sport variant will live on in the previous form for a while longer.

We last looked at the Mitsubishi crossover in 2011 when we took delivery of the GT model during a freak winter storm here in North Texas. This time around for our time in the Outlander we got the exact opposite from Mother Nature – Texas heatwave.

I have to say right off that Mitsubishi is not doing the Outlander any favors by calling this the “Sport” as it contains so little of anything remotely sporty. Sure, there are paddle shifters on the steering wheel but they connect to the CVT gearbox that is powered by a weakish 148hp 2.0-liter four-cylinder engine, all offering a timid driving experience. Outlander Sport is offered in two- or four-wheel drive models. 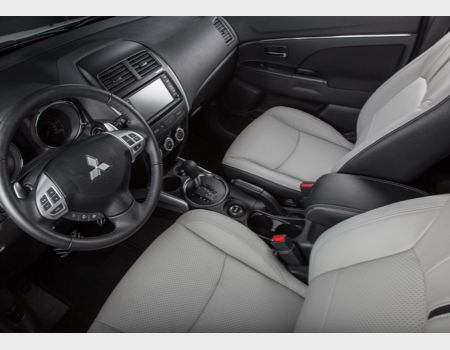 The test model did arrive in the new Limited Edition trim that adds dove grey/black contrasty leather seating and leather trim along with a few exterior pieces that dress up the vehicle making for an attractive appearance. The 2013 crossover is handsome, especially when comparing it to photos of the new ’14 model.

As for the ride, while comfortable on the road the powertrain does add a small amount of harshness to the overall experience, something not found in new models from the competition that includes, well, everyone.

Fuel economy is an acceptable 24 mpg city and 31 mpg highway but we are seeing that from the likes of the new Ford Escape and they offer a couple of turbocharged engines at the big blue oval (with better fuel economy and acceleration from the smaller EcoBoost engine for about the same money). 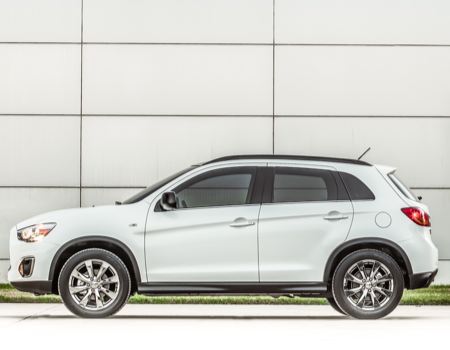 Some significant news for Outlander came last year as production of the units moved to the Mitsubishi plant in Normal, Illinois for sales here and abroad. With that change came a new front fascia, rear bumper and side sills to the 2013 Outlander Sport along with a revised multi-link rear suspension and updated electric power steering response.

Pricing for the 2013 Outlander Sport Limited Edition 2WD begins at $23,495 with our tester arriving with a final sticker of just over 25 grand. 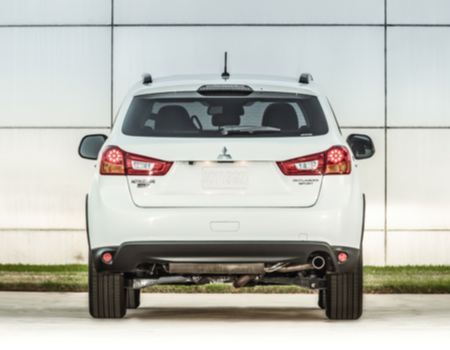 For consumers who place “show” above “go,” this Mitsubishi model is right up your alley. It is a good driving rig and a capable vehicle as well as a good value, I just would not go so far as calling it “Sport.”