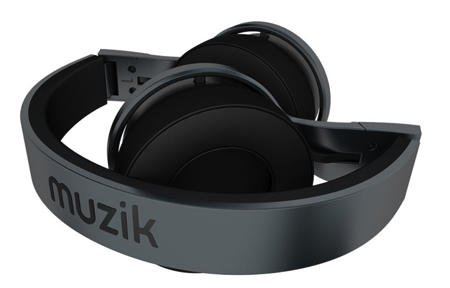 “Just because you can include some technological advance in your consumer product, it doesn’t mean you should.” That’s really the thought that came to mind when reading about a pair of new, upcoming headphones. Muzik (while I’m on a rant… I hate it when companies intentionally spell words incorrectly) just announced their first product – a pair of “smart headphones”. As the company release notes the company is, “pioneering a new space called social smartware”. The term describes their goal of connecting consumer electronic devices to content and social media platforms with the goal of making “music instantly discoverable and shareable in an effortless way”. 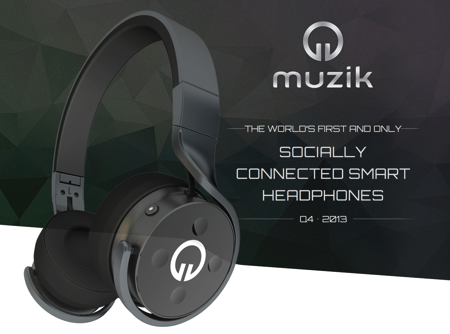 The company’s marquee product is a pair of on-ear wireless headphones that actually look great. The cans have a sturdy yet refined appearance and touchscreen controls that look well-integrated into the headphone design. They actually look like headphones I would actually want to review here on the site. Where the company completely loses me is in their excitement that these are “the first headphones in the world that allow users to natively share what they are listening to on Facebook and Twitter were easily send a song anywhere in the world”. 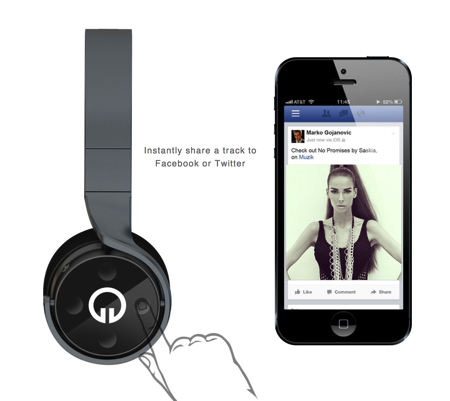 Yes, among the touch controls on the headphone earcups are buttons that will send a Tweet or Facebook update sharing your current music selection. Fact of the matter is, when I’m listening to some of my 1980s 2nd British invasion guilty pleasures like Kajagoogoo’s Too Shy or Adam and the Ants do I really feel the need or need to share that fact? (Oops, I just did…) And considering just how wonky touch controls can be I envision lots of accidental updates happening.