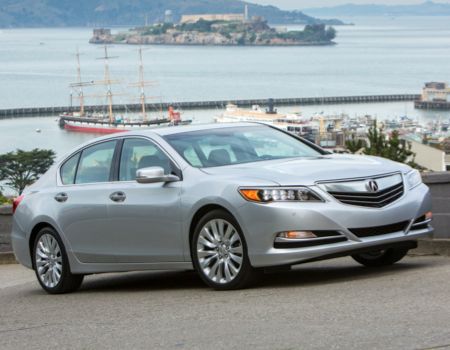 Acura has quietly introduced a new flagship sedan that it calls RLX. It qualifies as a midsize car by EPA standards but sports all the accoutrements expected in a large luxury cruiser and delivers it with a luxo-barge pricetag in the mid-$50s.

The luxury division of Honda brings the new 2014 RLX premium sedan to market with a whisper, and at some of the biggest auto shows this year it was relegated to a side stage rather than “front and center.” Odd, really, as the automaker touts numerous new technologies and systems in the new car that also sees the most powerful engine in one of its production cars as well – some 310 horsepower from the new direct-injected 3.5-liter V-6. 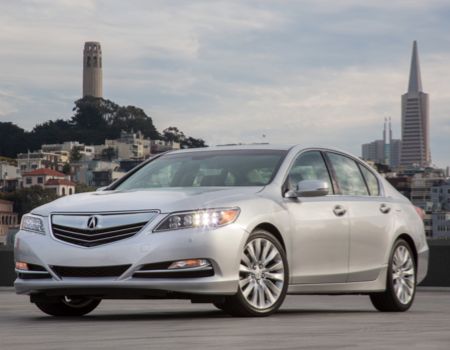 Acura introduces its new Precision All-Wheel Steer (P-AWS) technology in the RLX while giving the car a new look up front (Jewel Eye headlights) and a great audio system (a la Krell) inside.

Key competitors to the new RLX include the BMW 5 Series and Lexus GS350 although after driving Acura’s new ride I liken it to the Hyundai Azera and Buick LaCrosse. The driving experience was very nice although the tires did pick up a lot of road surface harshness and noise. 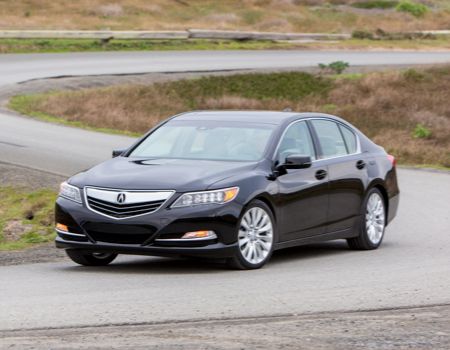 As for the P-AWS system, electronically altering the toe angle of the rear wheels by up to 2 degrees in each direction (opposite the front tires at low-speed and same direction for higher speed maneuvering) was almost lost on my during my week behind the wheel as I barely saw any benefit under all of my usual driving conditions that included city, highway and even a parking garage or two. Were it offered I would most likely choose to opt out of this system.

The 14-speaker Krell Audio system however was something I thoroughly enjoyed. This was one of the most accurate sounding systems I have tested in quite a while, and I would place it up against the likes of Bang & Olufsen in the mobile environment. Thankfully the Krell system was there to help drown out the noise the tires were making on the less than perfect roadways around here. 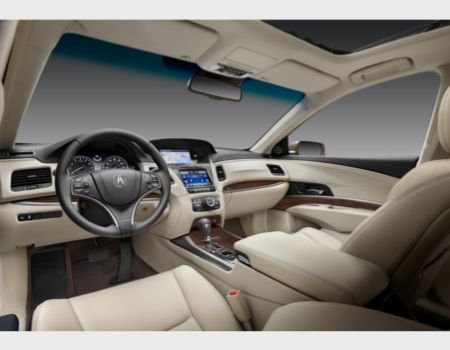 I rate the overall comfort level on par with the Hyundai and Buick, with most of the exterior styling matching those as well – that is until you make it around to the front of the vehicle and see those jeweled eyes. Rihanna’s “Shine bright like a diamond” played in my head every time I walked around the front of the RLX as those five little jewels sparkled at me from each side of the tamed-down Acura nose. (A word of caution here as staring at the new Jewel Eyes for extended periods of time can cause slight headaches and mild dizziness. See your physician if these symptoms last for more than four hours.)

Some of the new technologies delivered in the RLX include the next-generation AcuraLink connected car system, multi-angle rearview camera, lane keeping assist, adaptive cruise control with low-speed follow and blind spot information, collision mitigation braking system, forward collision warning and lane departure warning. Yes, this car is darned near autonomous, and when playing around with the names I get Honda Acura Luxury cars or H.A.L. cars. Scary. 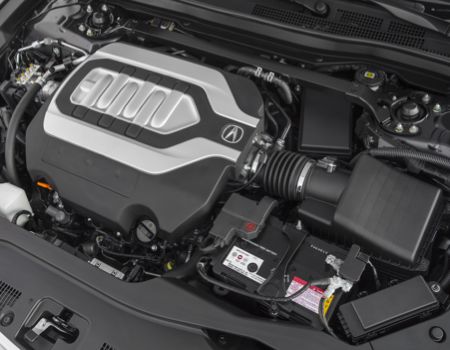 Anyway, the new RLX with its 310 ponies and 272 lb. ft. of torque provides power to the front wheels via smooth six-speed automatic gearbox with sequential SportShift and paddle shifters and delivers fuel economy figures of 20 mpg city and 31 mpg highway. The car rides on 19-inch alloy wheels and all-season tires, and the spare tire has been replaced with a can of sealant and an electric air pump.

Pricing for the 2014 Acura RLX begins at $48,450 for a “base” model unit. Moving up the content ladder and one with the technology, navigation and Krell Audio packages will run in the neighborhood of 57 grand. 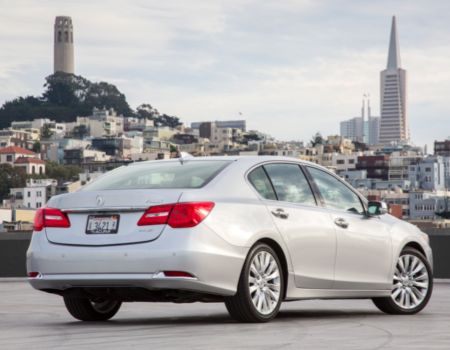 The RLX replaces the RL for 2014, and with the departure of the old flagship car goes super handling all wheel drive — although we hear that will return when Acura launches the RLX featuring Sport Hybrid Super Handling All-Wheel Drive with 370hp and 30 mpg across the board. Stay tuned.