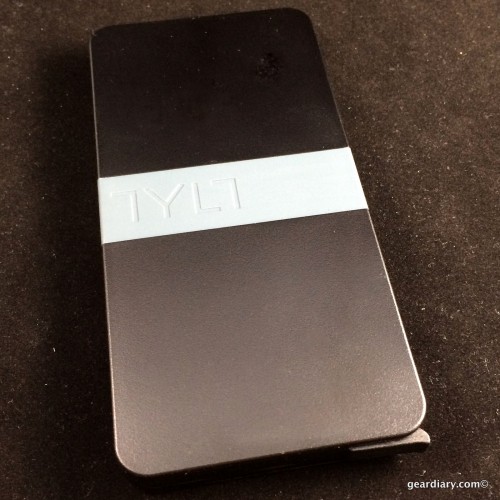 The other night I attended an event in NYC. I knew security would be tight — metal detectors, wanding etc- so I opted to bring only my wallet and my iPhone. Big mistake, since my iPhone was down to just 35% when I arrived. I truly wish I had brought the TYLT ENERGI 5K+ battery pack along for the evening. 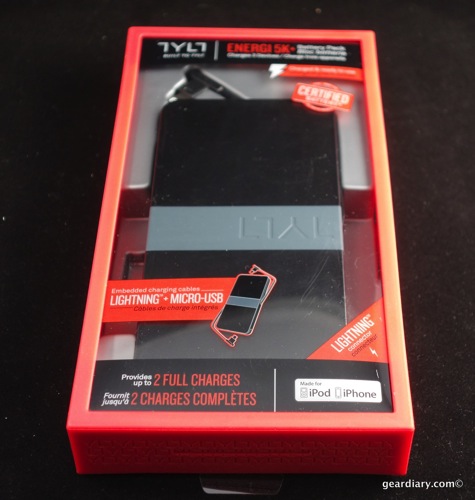 ENERGI 5K+ Battery Pack offers 5200 mAh of charge while being just 9/16″ thick. That’s nice, but we have seen battery packs that aren’t much bigger and offer far more capacity.

In the box you will find: 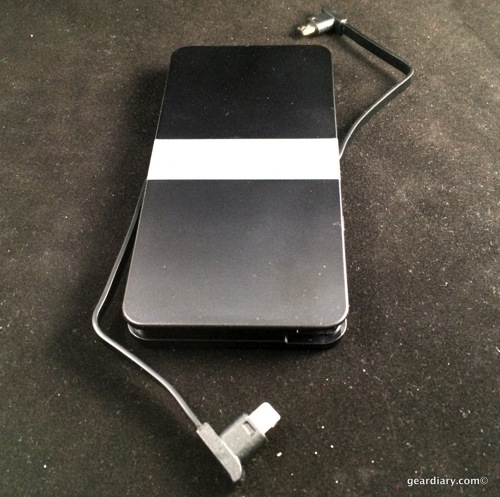 Where the ENERGI 5K+ battery pack stands out is in its inclusion of both a built-in Lightning connector AND a built-in Micro-USB cable. 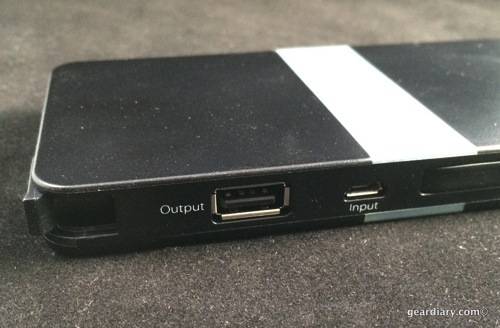 Add in the inclusion of a third way to connect — a universal USB Port — and you have a battery pack that will work with just about any mobile device on the planet. Best of all, if your mobile device requires a Lightning or microUSB connection you don’t even have to bring a cable along.

The ENERGI 5K+ battery pack is slim, yet has enough juice to triple your phone’s battery capacity.

I particularly appreciate the slim, 9/16″ thick design of the battery. That design makes it easy to slip into a pants pocket or a front storage space in a gear bag. The fact that you don’t need to carry extra cables is an additional benefit. Finally, since the ERERGI 5K+ has a 3 Amp circuit it is able to charge three device simultaneously. And while I don’t expect I’ll need to be charging three devices at one time, there are many times when I have two devices in need of a charge at the same time. 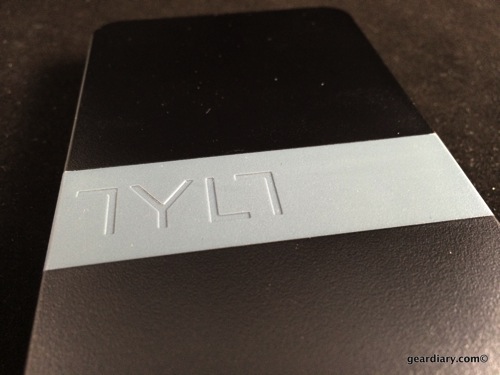 I had just shot the video for this battery prior to leaving my house the other night. Within minutes of arriving at my destination, I knew I should have brought the battery along. I had not so, instead of a phone with a full charge, I found myself turning off WiFi, Bluetooth, Location services and dimming the screen. All of which would have been avoided had I put the battery into my pocket;. I won’t make that mistake again. Learn more and order yours here.

What I Like: Nice design; Thin; Built in microUSB and Lightning connectors; USB charging port; Charges three devices at the same time

What Needs Improvement: Pricey for a 5200 mAh battery