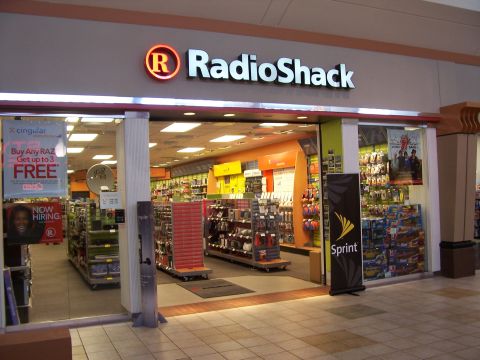 I remember when I was a kid going to RadioShack with my grandpa to get coax connectors, batteries, or some electronic device. It was my grandpa’s second favorite store. It troubles me to hear that RadioShack is closing even more stores. At this point, what can be done to save them?

The RadioShack of today is nothing like the Shack of yesterday. When I was a kid, RadioShack quite literally was where I gained my fascination with anything electronic. One of my most favorite toys when I was a kid was a 50-in-one electronic kit which introduced me to LEDs, resistors, coils, and more. I loved making anything I could with it and then making stuff that wasn’t included in the box. It was a lot of fun, and again — it was a BIG reason I got into tech and ham radio.

Today, you go into a RadioShack and what is it? A cellphone store. Seriously that’s all I see every time I go in. They DO have some electronic parts, but it’s nothing like it used to be. Plus when you do go in there looking for parts, what they have is typically much higher in price than, well, almost anyone else.

So what can be done to bring RadioShack back to being a technological mecca for up and coming geeks? The first thing that I would suggest is that they ditch the cellphones and embrace the maker movement. Even though cellphones are high-tech, they are sold by everyone. I can go to a grocery store and buy one for less thank they cost at RadioShack. The cell phone is not the answer to keep RadioShack’s doors open. Toss them to the curb, RadioShack! No one goes to your store for that anyway!

Some RadioShack stores have embraced the maker movement, but there is still so much more that can be done. One way they get further into it is by taking the larger stores and actually making a maker space. Offer up things like 3D printing on site, classes on Arduino programming, or even bring back ham radio gear! Imagine RadioShack being less like a store, and more like a high-tech copy center. Instead of printing paper, they could print cases, gears, and other items that can be combined with Arduinos, RaspberryPI Computers, and other electronic items.

RadioShack could become the place for people to go start making things and be less of a place where people go to buy things.

Of course, they could and SHOULD sell things too, but they should be things that can augment the maker space. Things like Arduinos, RaspberryPi’s, soldering and more could all be made more accessible to people if they actually could see them being put to use. That is what RadioShack should strive to be. Anyone can sell cellphones, which is exactly why RadioShack shouldn’t. If they want to survive, then they should do something unique. Otherwise, they may as well close up shop now.

Those are my thoughts; what would your idea be to keep RadioShack around?