I’ve been intrigued by the Dyson series of bladeless fans since they were introduced, but like many people, there was one little thing that kept me from purchasing — the price! A desktop fan retails for $299, and the pedestal fans start at 399! Needless to say, when the opportunity arose to review the Dyson Cool AM07, I jumped.

Finally I’d be able to determine if all of the hype I’d heard was warranted. I mean, the truth is that you can buy a tower or pedestal fan that comes with a remote control at any Walmart for $29.99. What could possibly make this fan worth so much more money?

Well, here’s my recent experience with those $29.99 fans, because I have actually purchased two pedestal fans in the last three months:

But for $29.99 or so, you can’t complain too much, right? You can put one of these inexpensive fans in every room of the house that doesn’t already have a ceiling fan, and you’ll only be out a couple of hundred dollars. When they break or get too filthy to clean, you can just toss them and buy a new one, right?

If you subscribe to the idea that (when possible) it is better to pay more up front to get a quality piece of equipment that will last longer and work better, then a fan that should last for years and that will operate more efficiently, cleanly, and better, means that you might want to at least consider a Dyson. 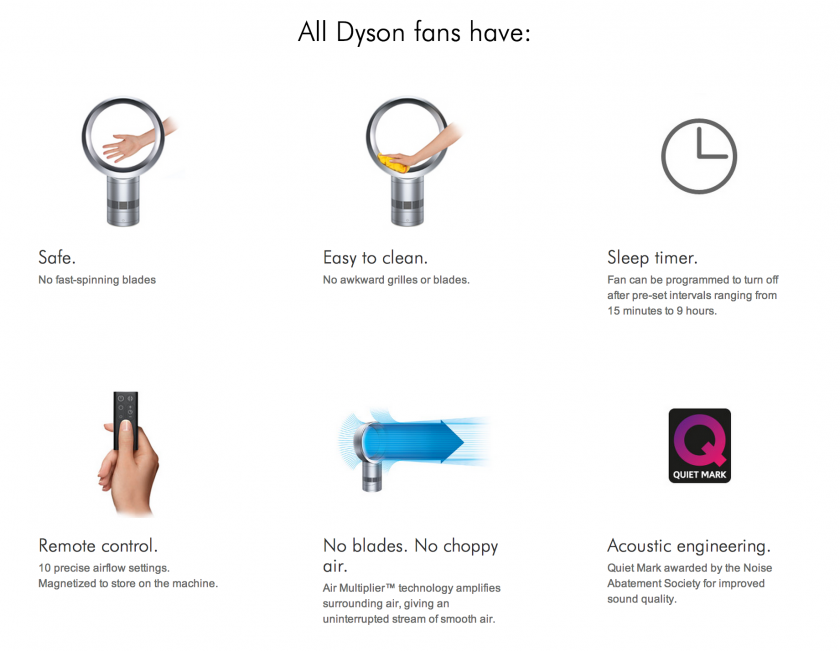 To start, putting together the Dyson Cool AM07 tower fan is incredibly simple. There are three main parts that come well packed in the shipping/purchase box — the base, the motor, and the loop amplifier. 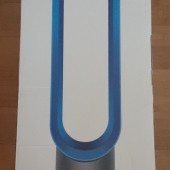 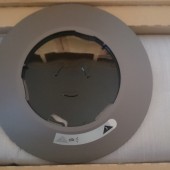 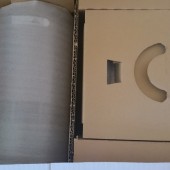 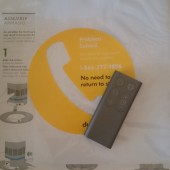 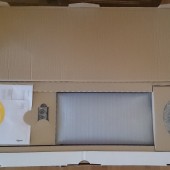 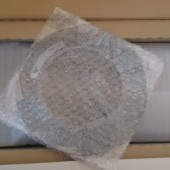 To begin putting it together, you set the base onto the motor, align the arrows on the removable tape, and then twist them together until there is an audible (and tactile) click. 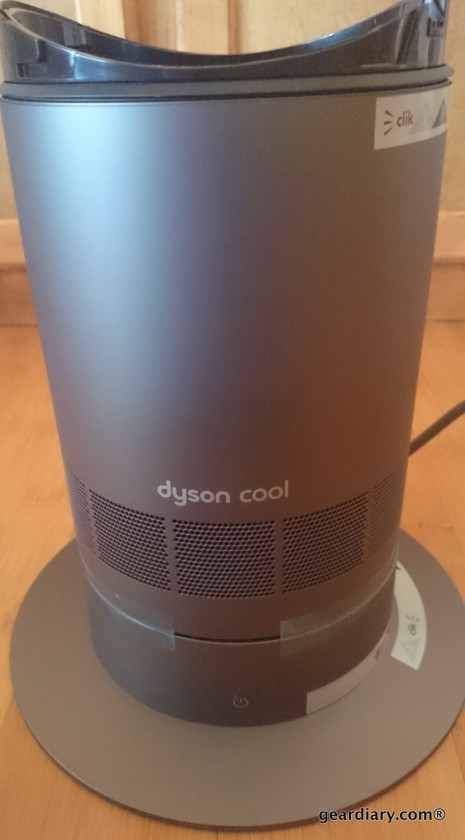 Then you attach the loop amplifier the same way: lowering it onto the base, aligning the arrows, and then turning it clockwise until you hear (and feel) the click. Other than removing the clear film around the exhaust ports on the fan and removing the alignment arrows, you are done with the installation.

In order to move the fan to its final destination (assuming that you didn’t start there), you’ll need to pick the fan up at its base — not the loop! The loop might look like a natural handle to you, but don’t use it! 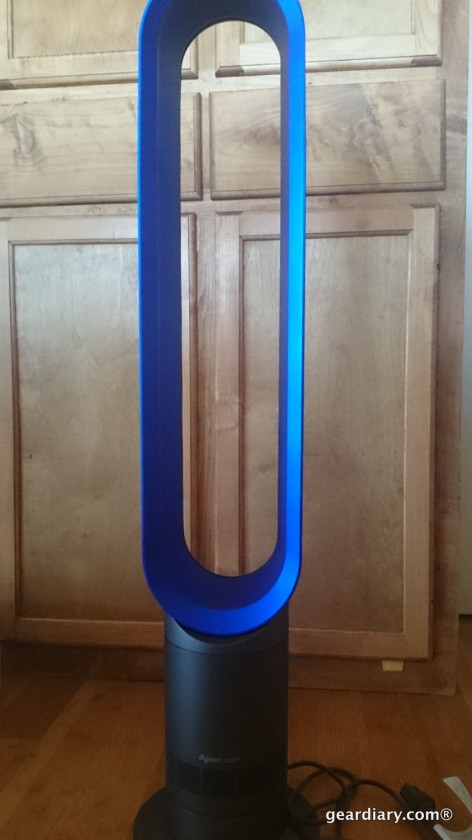 The long oval air multiplying loop on the top of the fan base is a new thing for me, and I didn’t really understand the technology behind it. I’m guessing that you don’t either, so let’s watch this video.

And let’s watch this one, too.

Allow me to digress for a moment: Jordy and Kels’s rooms both have incredibly low ceilings — just 7′. Even so, when we remodeled our house we put a ceiling fans in both (so we could avoid having to use a floor fan, honestly — oops). It seemed like a good idea at the time, but we have all had to be mindful that sticking raised hands into the fans would hurt.

My youngest step-daughter, Kelsey, recently got bunk beds. This meant that we had to remove her ceiling fan, install a regular snug-fit ceiling light, and that’s where one of those Walmart tower fans went. My oldest step-daughter, Jordan,  wanted to update her room a bit, too. The first thing on her wish list was removing the ceiling fan and getting a better ceiling light and a tower fan.

Here’s the thing: when my daughter Sarah comes to visit with her babies, one of the portacribs goes in Kev’s and my room, and one goes in Jordy’s room. Kat is two-and-a-half, and she has figured out how to crawl out of her portacrib. When she decides her nap-time is done, rather than open the bedroom door and join everyone else, she will quietly crawl out and start exploring. For the most part, this is usually confined to turning on Jordy’s iPad and flipping through her apps, but drawers have been opened and body spray has been applied. 😛

The idea of a tower fan in this room made me nervous, so before the Dyson review opportunity had come up, I was already exploring wall mountable options. Of course, those wall-mountable options come with many of the same caveats that any other bladed fan comes with: they are noisy, and they are a pain to clean. Instead, we now have this electric blue bladeless thing of beauty standing in the corner. Problem solved.

TL;DR: there is a toddler in my oldest stepdaughter’s room at times, and leaving her in there with a bladed tower fan made me nervous. The Dyson Cool AM07 Tower Fan was the perfect solution. 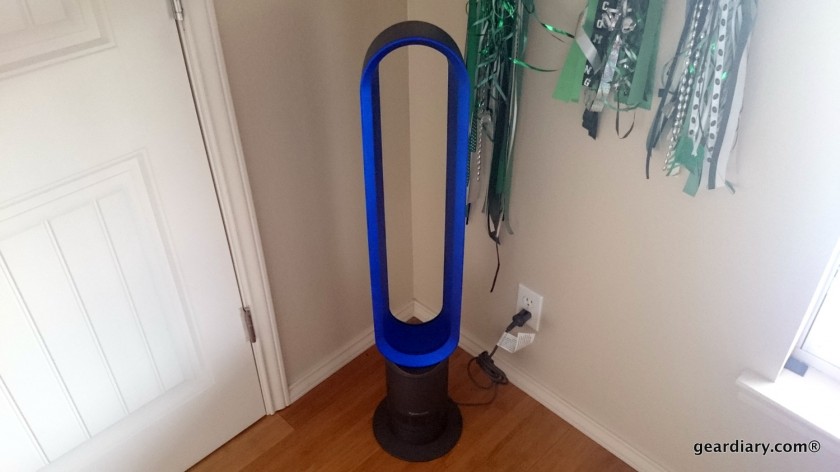 The AM07 measures approximately 40″ tall x 7.5″ wide x 4.3″ deep, and it weighs approximately six pounds. These fans are available in three colors — iron/blue (which I received), black/nickel, and white/silver. I should mention that the footprint of this fan is much smaller than the other pedestal fans I’ve recently purchased — they have large circular bases that are over 2 feet wide. So the Dyson is compact, and it will fit in places one of those other tower fans might not.

There are controls on the front of the fan to turn it on or off, but the remote control is where you’ll be able to turn on the oscillating feature, raise or lower the fan speed from 1 to 10, and set the sleep timer in increments of 15, 30, or 45 minutes, or 1 to 9 hours. 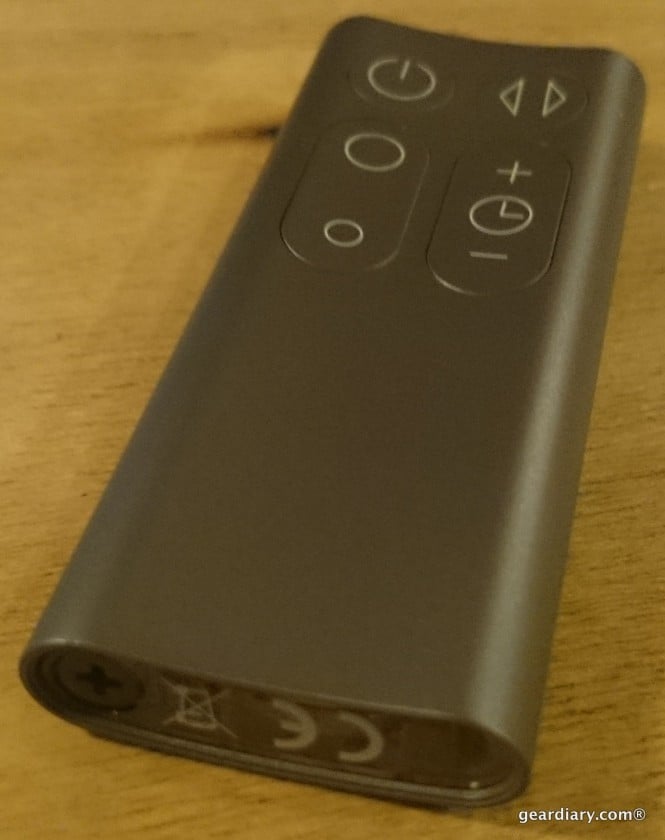 When you aren’t using it, the remote lays facedown on top of the fan — it is held in place with magnets that are in both the remote and the top of the fan. If you have a pacemaker, you might not want to slip the remote in your left breast pocket, okay? 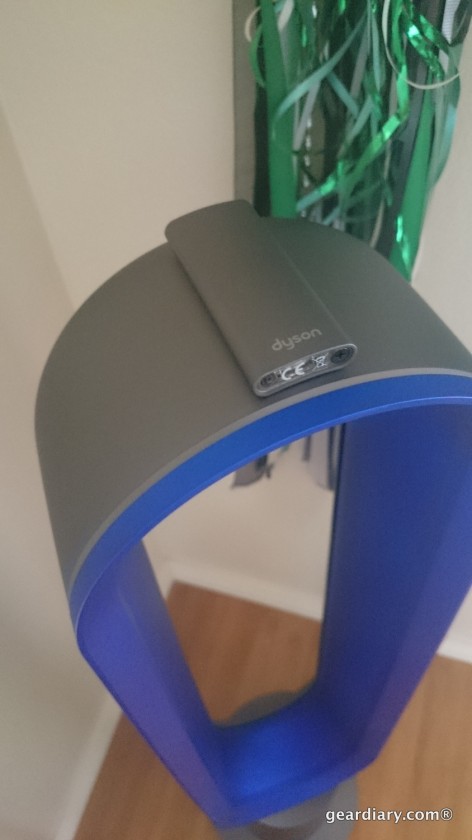 I’m incredibly satisfied with the fan because it is quiet, safe, will be easy to clean, it comes with a 2-year warranty, and I think that it looks great in Jordy’s room. She loves it because “she likes the color blue that’s on the inside, it’s a pretty color”, and it “blows like, a lot of air”. She likes the little “magnetic thing where the remote is”, and “how you can stick your hand through it and it won’t get cut off”. Fair enough.

So is a $399 fan ever worth it? I’d have to say yes. And with the lowered prices on the Dyson site, I will be buying another for our guest cabin — probably the AM08 Pedestal Fan.

The Dyson Cool AM07 Tower Fan retails for $399, but they are available on the Dyson site now for $319.99 with free shipping. It has a 2 year warranty.

What I Like: Quiet; Easy to clean; No moving blades; Blows strong; Looks great; Easy to put together; 2-year warranty

What Needs Improvement: They are expensive, and there is no way around that