I finally got to spend some quality time in the ranch version of the 2015 Toyota Tundra 1794 full-size pickup. That name was chosen by Toyota to honor the year the ranch was founded where the truck manufacturing plant now sits in San Antonio, Texas. The 1794 edition is positioned squarely against Ford’s King Ranch models and features similar styling. 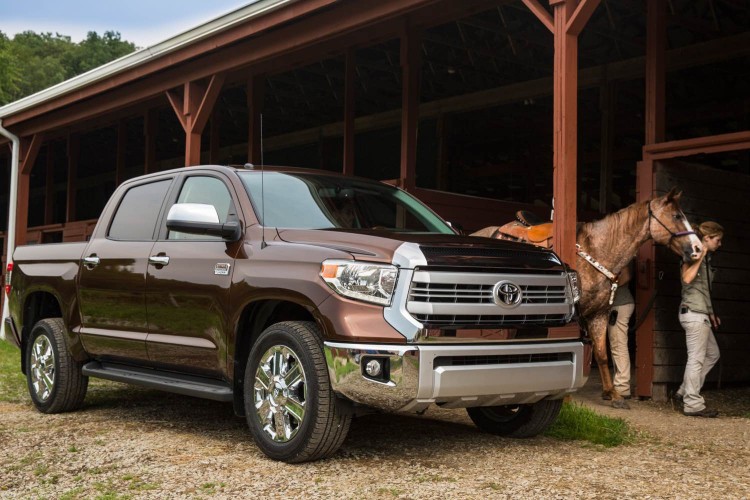 As with the King Ranch models (named for a historic ranch southeast of the Toyota truck plant site), 1794 features a generous helping of richly tanned leather throughout the interior including door and dash panels as well as stylish woodgrain for accent. The front bucket seatbacks get the 1794 logo as do floormats and fender badging. 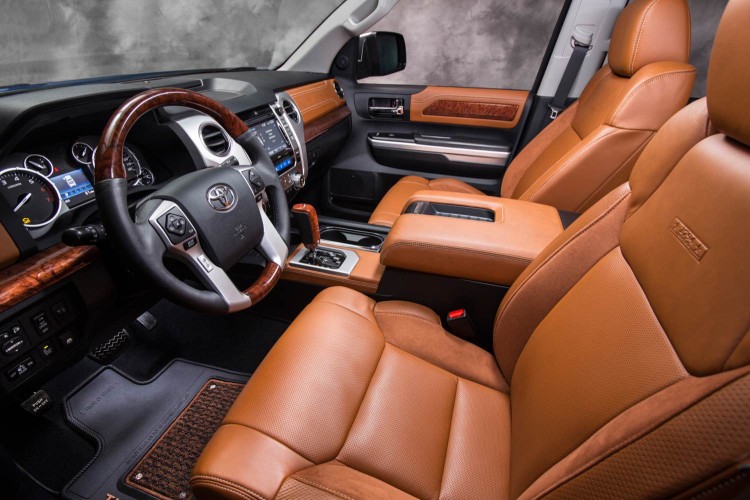 Beneath our recent 1794 tester was the 2015 edition Tundra that sees a fews updates for this model year including the elimination of the V-6 gas engine. Toyota also gives the Tundra lineup updated technology, more TRD gear across the board including a TRD Pro model built with special off-road suspension and Toyota offers new spray-in bedliner from the factory. 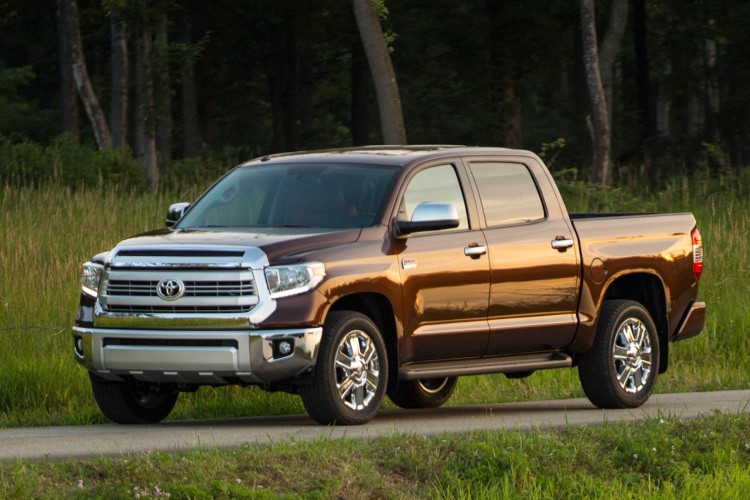 This 1794 CrewMax tester arrived with the gorgeous saddle brown leather interior featuring perforated front bucket seats to allow for ventilation as well as heating. It was outfitted with the beefy 381hp 5.7-liter V-8 engine that generates 401 lb. ft. of torque to work with and is backed by smooth six-speed automatic transmission. This truck featured 4×4 running gear and included a couple of TRD goodies including rear suspension upgrade and TRD exhaust for a bit more growl on acceleration. 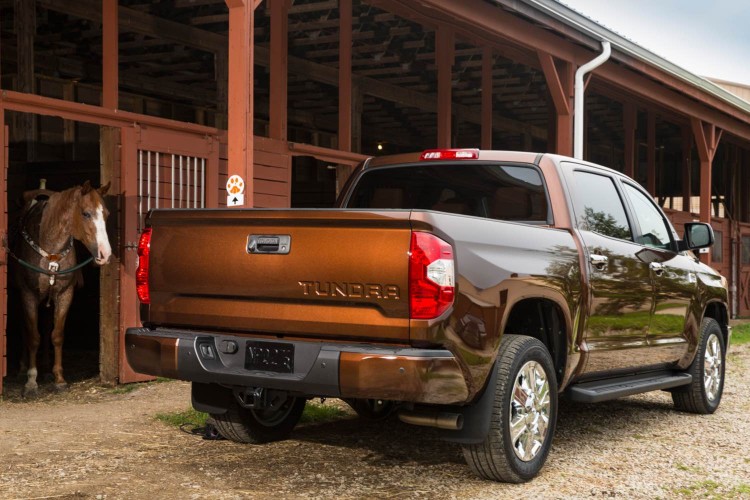 Tundra buyers can opt for the upgraded Tow Package that adds specific rear suspension upgrades and conforms to SAE J2807 towing standards for a maximum tow capacity of 10,500 pounds. The package also features upgrades to cooling and electrical systems as well as adding an Integrated Trailer Brake Controller and Trailer Sway Control. 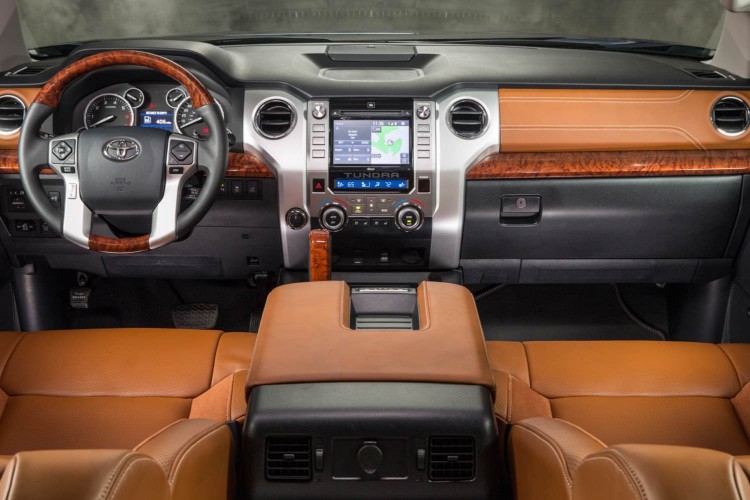 The 1794 Tundra, while boasting distinctive styling and premium craftsmanship, is most likely regional in popularity but as Texas is the biggest pickup market Toyota will have no problem selling this model. Recent buying trends show the market moving upscale with the western-styled models being especially popular. 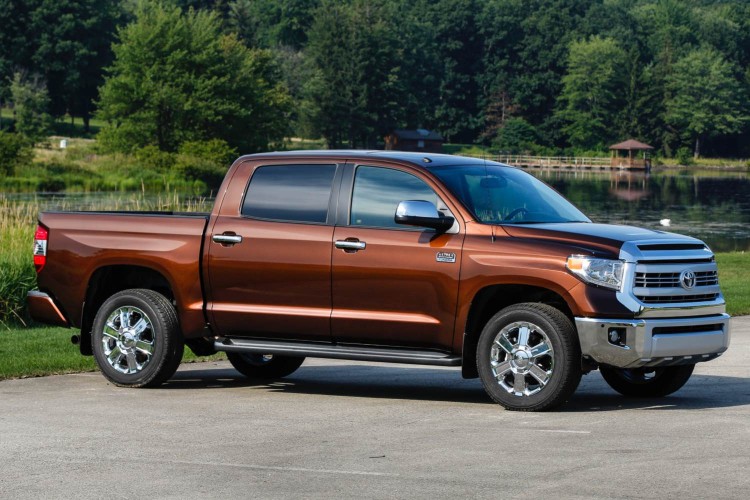 The 2015 Tundra is powerful, steady, surprisingly smooth yet the TRD exhaust is not overwhelming. The truck is very maneuverable even in 4×4 format with 20-inch wheels and tires. And when folks first see this 1794 interior they usually need a moment to take it all in, almost as if seeing the Palo Duro Canyon for the first time.