Back when I worked in retail, I didn’t have a lot of downtime. When I did have a rare day off or afternoon free, I spent it reading, and I devoured a big chunk of Terry Pratchett’s “Discworld” series during a particularly stressful time. Terry Pratchett passed away today; it’s a sad day for literature and fantasy in particular. 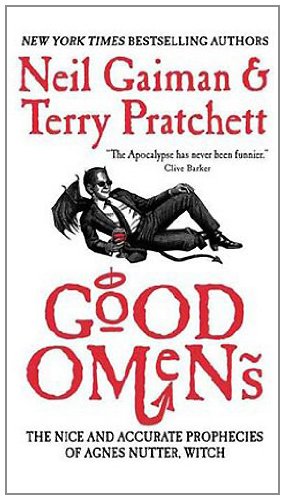 If you’ve never read Terry Pratchett’s work, head to his Amazon page immediately. His books are partially satire, partially fantasy, and generally clever and sweet all at once. He was absolutely brilliant, in addition to being jaw droppingly prolific; he wrote over 70 books, and even kept writing after being diagnosed with Alzheimer’s disease. If you need to escape the real world for a while, head to the Discworld, walk the streets of Ankh-Morpork, and think of the legacy Terry Pratchett has left behind!

If you’re starting with Pratchett for the first time, here’s a few books to check out:

The Color of Magic: This is a great intro to the Discworld as a whole.

The Light Fantastic: Book 2 of Discworld (you actually can jump around a bit, but starting with the first two gives you a sense of the universe)

Good Omens: An absolute classic about an angel and a demon, cowritten with Neil Gaiman.

Going Postal: Only Terry Pratchett could make a fantasy parody of the post office funny.

Do you have a favorite Terry Pratchett novel? Share your favorites below!