One thing I end up dealing with often when out at happy-hour is my phone mysteriously dying. I don’t use my phone frequently when out, but over the course of the night, I keep bluetooth and Wi-Fi on, which obviously drains the battery. So when I was asked to review Native Union’s Jump Cable for the iPhone, I was stoked.

The JUMP cable by Native Union was a successfully campaigned Kickstarter that is now available at Apple Stores, amazon, and other places. The first 2-in-1 cable battery solution solved a problem that many have. Most have an external battery but don’t like lugging around that ridiculous cord with it. Or you have the cord and there may not be an outlet to charge from. The JUMP cable helps out with both. 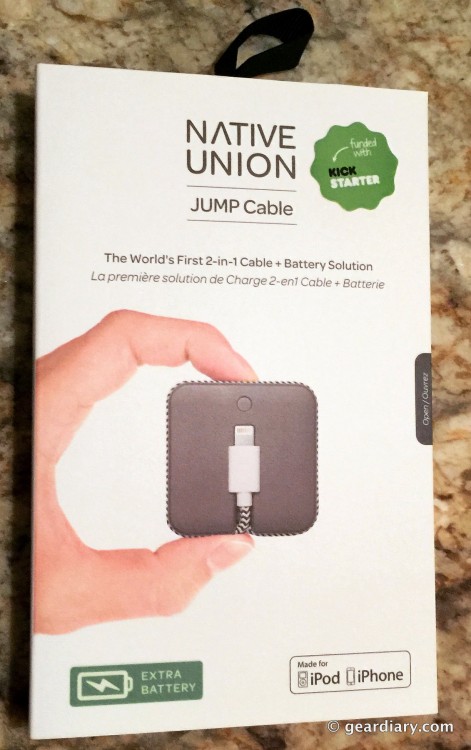 Native Union packaged the JUMP to be self-explanatory. When you open the box, the first thing you see is the JUMP. And it’s about the same size as the picture on the front displays. It comes with the usual instruction manual, JUMP cable, and a nifty sticker if you want to put it on your phone or something. The JUMP consists of a 800mAh battery and a braided cable with a lightning port on one end, and the USB plug on the other. 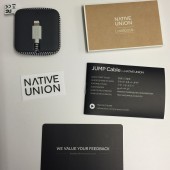 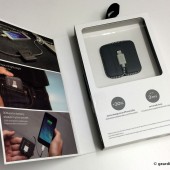 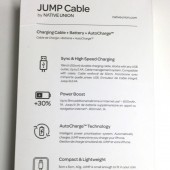 Holding it the first thing I thought was “I wish there was a case or a lanyard hole so I could put it on my keys, because this is one of those accessories that NEED to be on a keyring. I’m not going to want to carry it by itself in my pocket and end up losing it, but I know if it’s on my keys, there’s a slight chance I won’t. 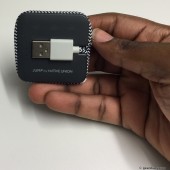 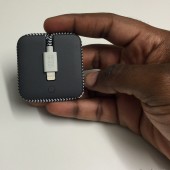 One of the first things I did was unravel the cord to see its length and compare it with Apples. For a long time I used Mophie’s Double Pack battery pack, and it’s done what I needed it to, minus one caveat, I had to supply my own cord. I believe they have fixed that in their latest version, but it didn’t suit my new-found minimalistic approach. The JUMP is lightweight and I can slide it in my pocket with NO bulge at all. 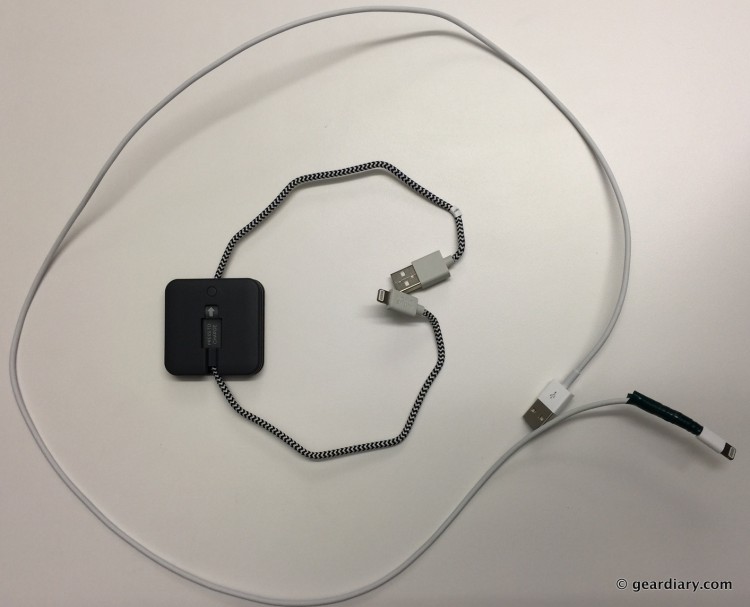 One thing I wish though is if the cord was just a tad bit longer. On Tuesday, I ended up leaving my standard cord at home and luckily had the JUMP in my bag. I plugged it in no problem, but the cord is so short that I literally had to leave it sitting (which might be a good thing so it can actually charge) on the desk. The packaging says that the charging cable is 19 inches (50cm) and works with any USB outlets. 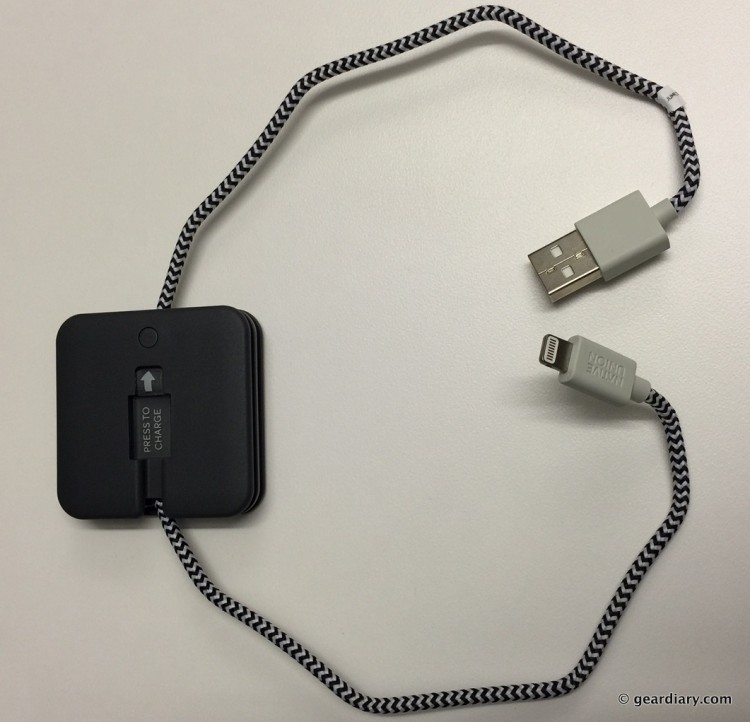 Now there’s the charging. According to the packaging, the JUMP Cable says you can have up to 3 hours extra talk time and  extra 30% extra charge to an iPhone 5/5s. This sounds good until you realize I have an iPhone 6 Plus which is an obviously larger phone with a bigger battery. So I had to think “if a 5s gets 30%, an iPhone 6 or 6+ will more than likely get half that amount”. So I tested.

Out of the box the JUMP only has one of its three indicators lit up, which according to the manual is about 5% extra battery. I charged the JUMP for about 45 minutes and it was fully charged. This was without charging the phone with it as well. After fully charging my iPhone was at about 49% so I decided to plug it in again and see how long it would take to fully drain the JUMP and charge up my 6+. After about 35 minutes of charging without using, my phone’s battery went from about 49% to 67%, which isn’t really that great at 18%. But this is the price that you pay having a bigger screen, and knowing the packaging clearly says 5/5s. 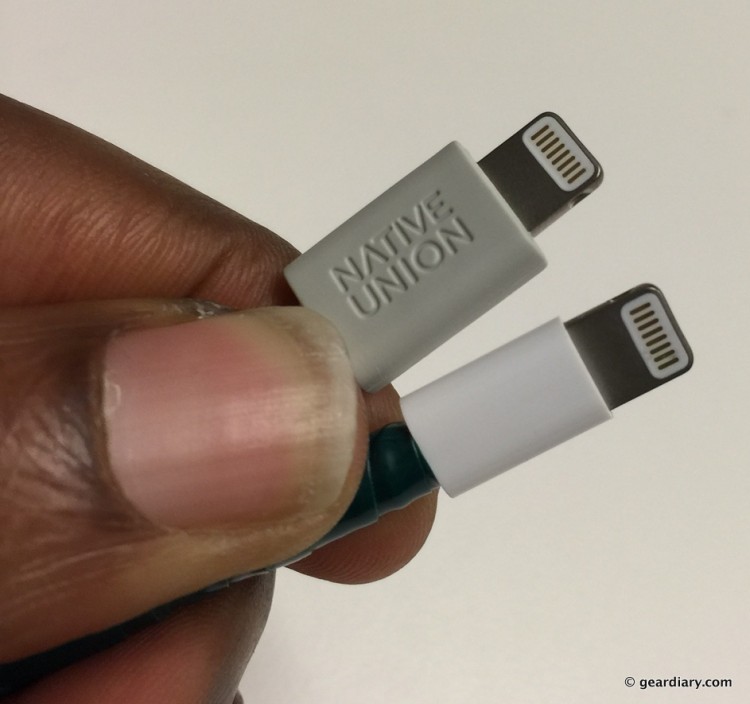 Overall, I really like the JUMP cable and if anything, I want them to figure out a way to incorporate a bigger battery without changing the form factor. If they have to, I would say make the actual hub of it a bit thicker to accommodate, and maybe 75% battery life is a better, more ideal usage for people using the backup battery feature.

What I like: The form factor is great, and the threaded cable is excellent for someone who has a deep hate for frayed cables.