Greg recently reviewed the Fuse Chicken TITAN, which he called the “toughest Lightning cable on the market”; based on what I’ve experienced with the BOBINE AUTO, I’d say that he’s correct.

The BOBINE AUTO takes the heavily fortified Fuse Chicken TITAN Lightning cable a step further by placing a dock on the end of the cable and by adding clips so that the cable can be used as a car mount. The result is a 24″ long cable that can be twisted and manipulated to work as a charging dock at your desk or in your automobile. 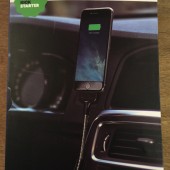 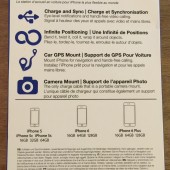 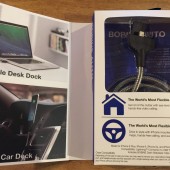 Inside the package you’ll find the BOBINE AUTO, two plastic clips, two extra 3M double stick pads, and an alcohol prep pad. If you are going to use the BOBINE AUTO in your car, then you will definitely need those clips because as rigid as the cable is, and as well as it can keep itself and the phone it holds steady, a moving car will present a few challenges. 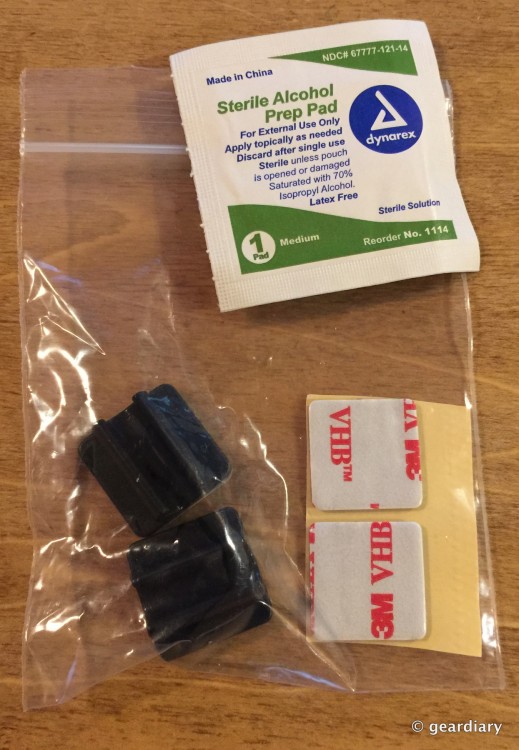 The BOBINE AUTO is such a simple product that you might think directions would be unnecessary. Well, it’s still a good idea to look over the included Quick Start Guide. It gives instructions on how to mount the dock in your car, and it also gives tips for making the cable work as a desktop dock. The main thing to remember in both cases is that you want to make sure before you start installing or twisting the cable that you are doing so with the USB plug oriented in the correct direction to work with your USB port — otherwise you’ll have to start over when you realize that it won’t properly plug in. This could have been avoided if Fuse Chicken used a USB plug that didn’t have a specific orientation. 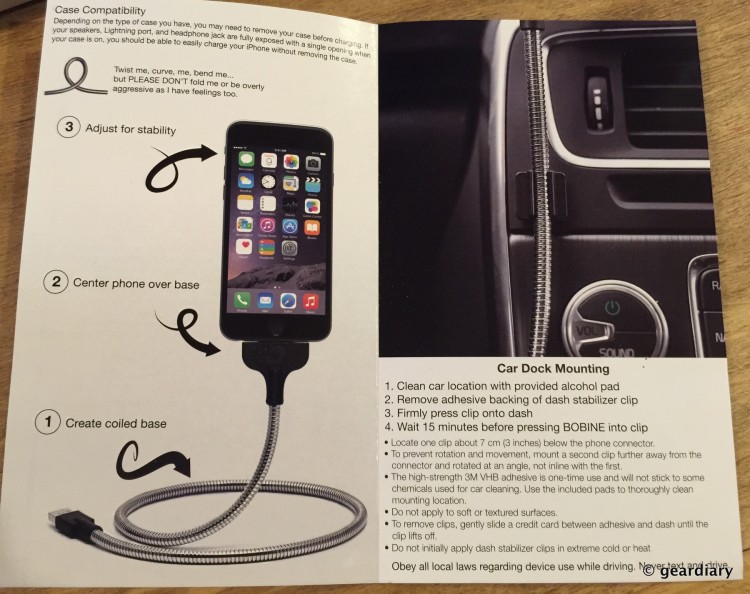 The next big thing to remember when setting the BOBINE AUTO up as a desktop dock is that you want to center the part that will hold the phone directly over the coil so that the weight of the phone will be distributed without everything toppling over. Once you’ve done that, you can insert the phone and fiddle with it a bit until everything is where you want it to be. 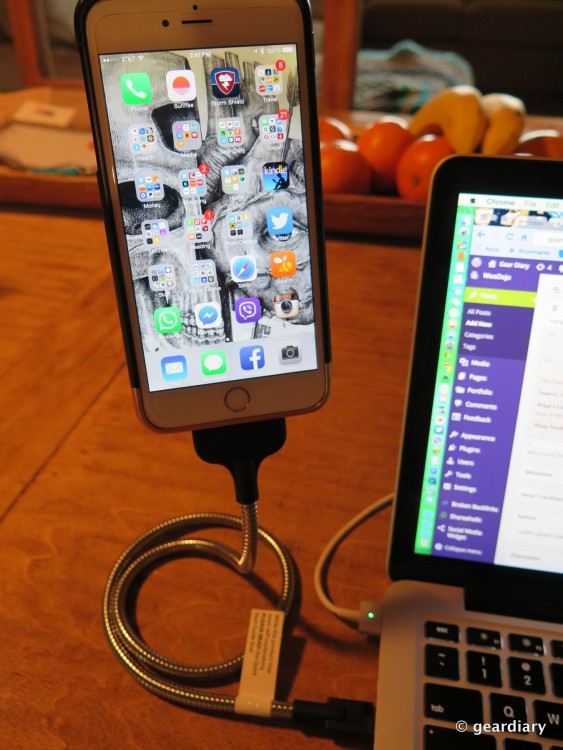 The BOBINE AUTO is made to work with many cases, but there are some that simply won’t fit properly into the dock, or on some the dock will work to hold the phone upright, but the Lightning connector won’t be able to actually connect; unfortunately that includes my favorite Ztylus case.  At least the Ztylus is easy to remove. 😉

Depending on the type of case you have, you may need to remove your case before charging. If your speakers, Lightning port, and headphone jack are fully exposed with a single opening when your case is on, you should be able to easily charge your iPhone without removing the case.

If you are going to mount the BOBINE AUTO in your vehicle, then you’ll want to route out where you’d like the cable to go (starting at the power port); then you’ll want to figure out how you can place one clip about 3″ from the dock connector, and the other clip will need to go somewhere further away, rotated at an angle, and not in line with the first clip. Next you’ll need to prep the spots where you are going to install the two clips with the alcohol pad, then you can mount the clips and give them 15 minutes (or more) to set. After that, you can insert the BOBINE into the clips and attach your phone. My car has a soft, pebbly dash which isn’t really suited to this type of mount, but I am happy using it as a deskside mount, anyway.

The surprising thing about the BOBINE AUTO is that it doesn’t seem to succumb to gravity. I’ve been using it for a couple of weeks, and I keep expecting to find it in the morning flopped over with my phone, but that hasn’t happened yet; clearly the cable is stronger than I gave it credit for. The BOBINE looks cool, and it is so well made I can’t imagine how it would fail, as there is nothing here to eventually fray (unlike the cheap OEM white Apple cables).

While the BOBINE AUTO is meant to work horizontally or vertically with the iPhone 5/5S/5C/6/6+, it can also work as a charging cable for iPads and iPad minis that have a Lightning connector — just don’t expect the cable to hold them up.

The Fuse Chicken BOBINE AUTO Car Dock retails for $40, and it is available directly from the manufacturer.

What I Like: Super heavy-duty metal wrapped cable that can be twisted to hold a coil or bend; stability given by the plastic brace on the back of the cable; works in the car and at your desk; looks nice; works with most cases; surprisingly sturdy on a table top

What Needs Improvement: If the USB adapter could plug in either way, it would be easier to manage