One of the things I love about my new MacBook Pro is the fact that it uses a USB-C charging port. That means I can now charge my laptop on the go along with my iPhone and Table. The $129.99 myCharge AdventureUltra makes that possible, but it goes one step further by adding a built-in AC power port. 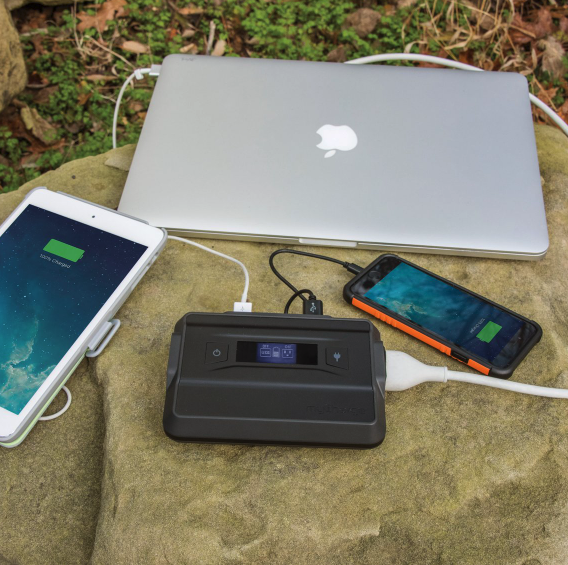 The myCharge AdventureUltra is ideal for anyone who needs to keep their gear up and running for extended periods of time. This rechargeable 13400mAh portable charger has power to spare thanks to is plentiful battery capacity. That, however, is just the beginning. 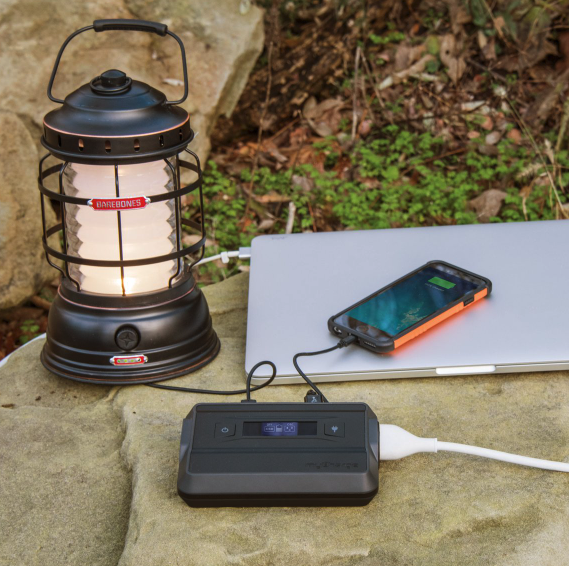 Inside the package, you will find the charger, an AC recharge adapter and a quick start guide. No, it doesn’t come with a protective bag but few, if any, external batteries do. It doesn’t come with cables and, unlike many of the batteries we have reviewed in recent months, it doesn’t have cables built into it. That is, however, understandable since this battery was designed to be used with whichever devices one has. To include cables or build them in would make this battery a bit too “device-specific” for its intended purpose. Instead, this battery is intended for use with pretty much ANY and EVERY portable gear you might have.

The AdventureUltra is one of our largest battery banks and has the highest power output. Designed to replace the heavy and bulky generators used when tailgating or camping, the AdventureUltra is a streamlined power source that can run a 42-inch television for up to three hours. The AdventureUltra has a maximum power output of 45 watts, enough to run a fan or recharge a drone battery. It can also be used with 2 in 1 laptops and new laptops, such as the 12-inch MacBook, that require less than 45 watts either when powered off and solely charging or when powered on and charging simultaneously.

The battery features include: 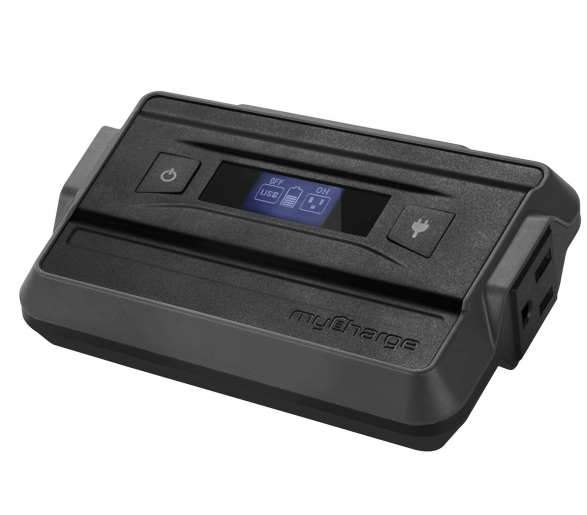 The battery is a rectangular brick of plastic with rubber covers over the ports. The battery is not waterproof but the caps to deserve a purpose. They keep dust out when you are not using it. Inside the boxy battery is, as previously noted, a 13400mAh Lithium Ion battery. The AdventureUltra is 1.2 in x 5.8 in x 4.1 in and weighs in at a respectable 1.05 lbs. 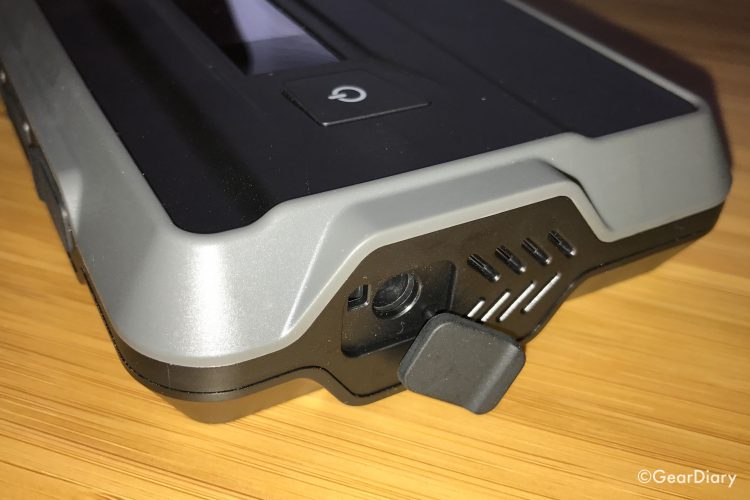 On one side, beneath a rubber cover, it has a port for charging via the included wall adapter charger. 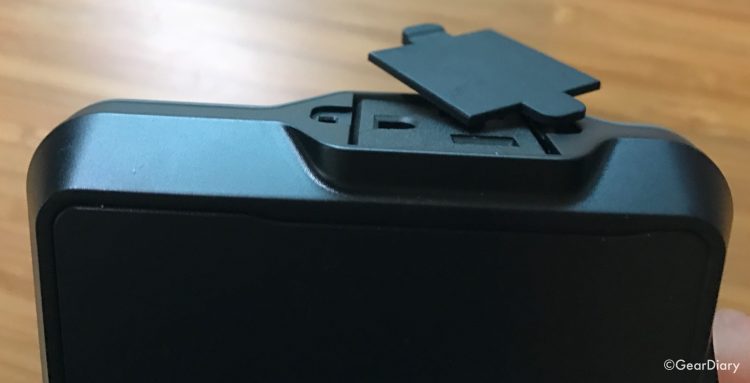 On the other side, beneath the rubber cover, is a standard AC power port. Yes, this external battery can be used with any device up to 45W that usually gets plugged into a wall outlet for charging. 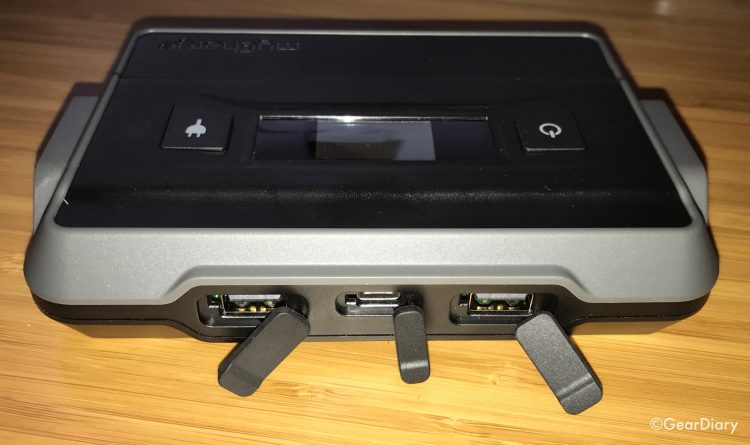 There are three rubber covers on the back of the charger. Two open to reveal USB-A ports. The third sits in the middle of the two and can be used to charge via a USB-C port. This is, after all, a future proof charging system! 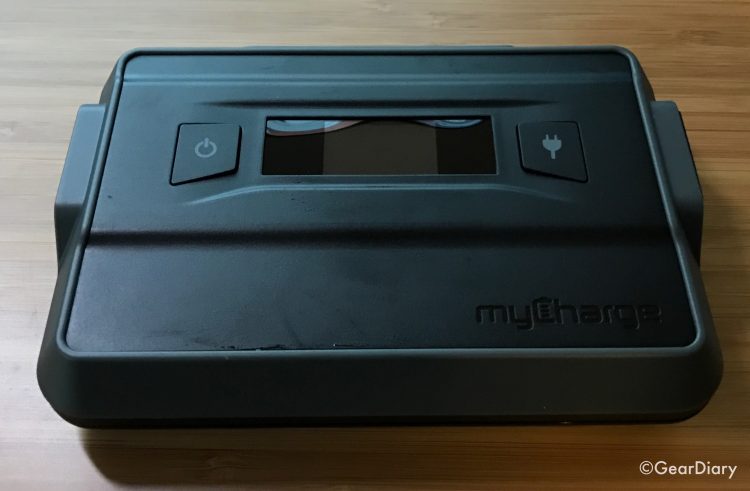 On the top of the battery are two buttons with a small LCD sitting between them. 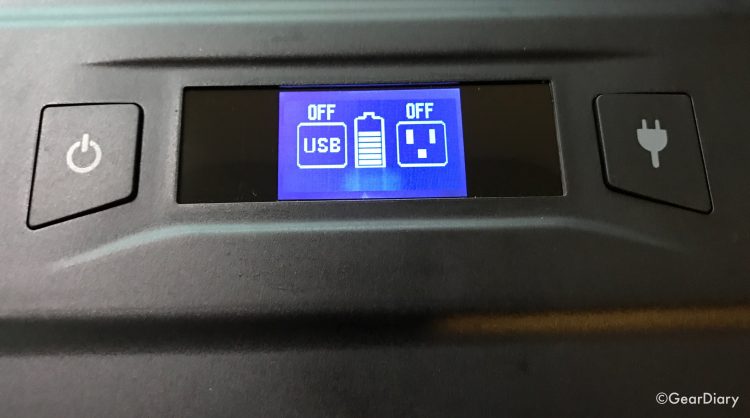 To turn the battery on you press the button with the power icon for a second. You will know the battery is ready to charge when the LCD screen comes alive. On that screen you will see a USB icon on the left, an AC outlet icon on the right and a power meter between the two so you will always know how much of the 13400mAh Lithium Ion battery’s charge remains. 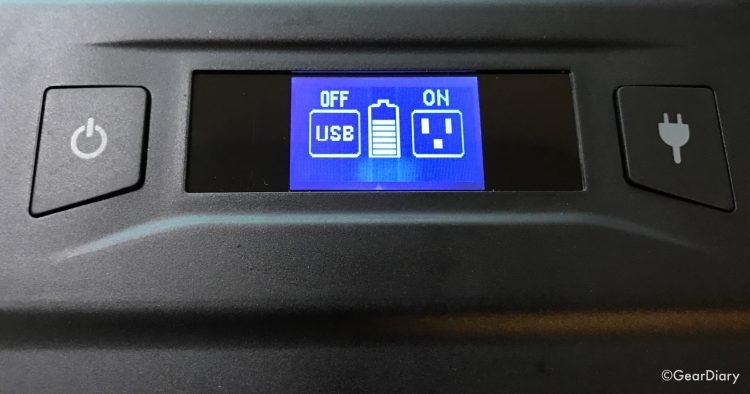 Using the AC Power output is simple. You simply open the door to the AC Power port, plug your power cord into it, press power button that turns on the AdventureUltra and then press AC button (plug icon) until the screen reads “ON” over the AC icon. It is that simple and, in a second, your AC-powered device is charging. This is, for example, ideal if you have a current generation MacBook or MacBook Pro! 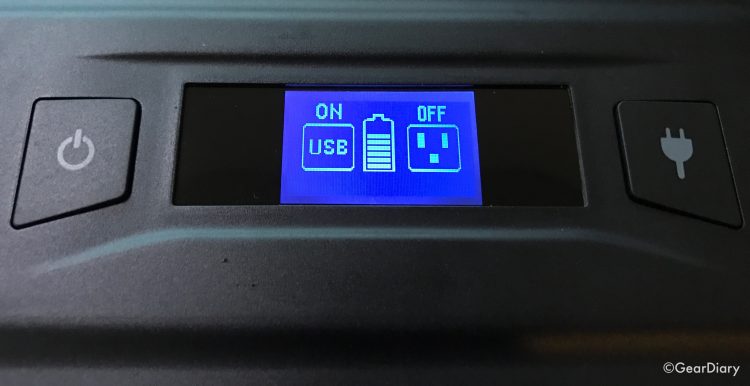 Using the USB ports is just as easy. In this case, you open the protective door over either of the two USB-A ports or the single USB-C port, press the power button on the AdventureUltra and look for the “ON” indicator over the USC icon. The device will immediately begin receiving the charge it needs to get up and running again. 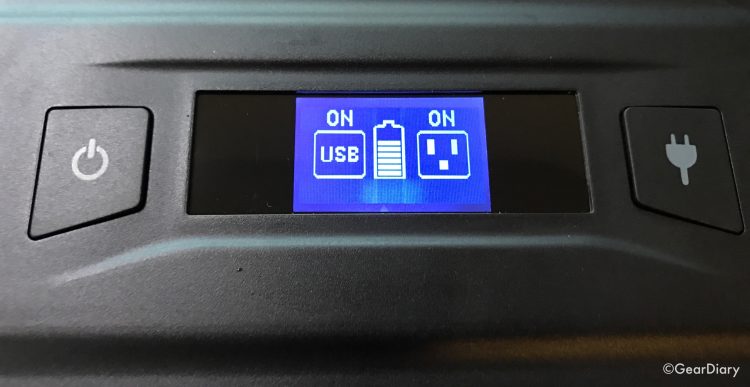 Or you can turn both on and charge all your devices at once.

So, for example, if my iPhone is low on juice I can plug any USB to Lighting cable into one of the USB-A ports and start charging. If my OnePlus 3, which uses USB-C needs to be topped off, you can either plug a USB to USB-C into one of the USB-A ports or plug a USB-C to USB-C cable into the USB-C port. AND, if my MacBook Pro needs some extra battery I can plug the cable that shipped with it into the AC charging port. (The USB-C port isn’t enough for the MacBook since it only delivers 3.0A.) 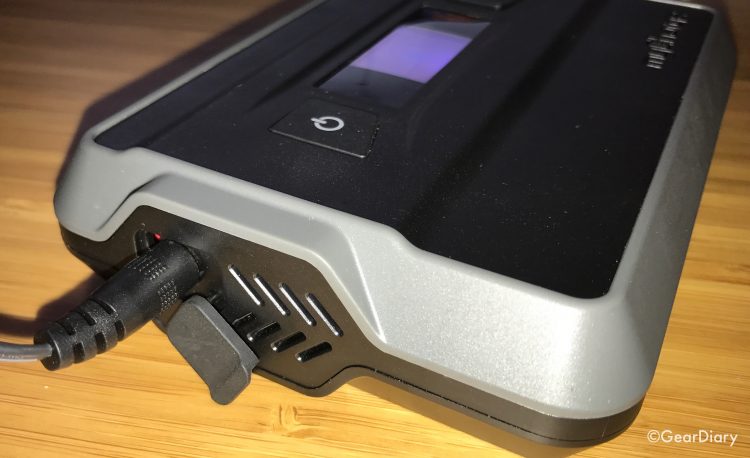 But there is more to this battery than meets the eye. It features:

Thanks to Gear Diary I have a choice of external batteries to bring with me on a trip. This battery, however, is the only one that charges my phone, tablet or camera AND can be used to charge my MacBook Pro. Raina and I are taking a trip to the Galapagos Islands next summer, and you can be sure this is the external battery that will be coming with us. At $129.99 it isn’t the least expensive battery on the market, but it does carry a huge battery and can charge devices that require an AC plug. Check it, and all of the offerings from myCharge, out here.

What I Like: Huge capacity battery; Solid; Two USB-A ports, One USB-C port, One AC power port; LCD screen tells you which ports are receiving power and how much charge remains

What Needs Improvement: No cables included or built in; No protective bag; Not waterproof