As the holidays get closer, people start to look for tech gadgets to put on their wish lists or buy for others. Often, they prioritize gifts that help break bad habits or promote better ways of living for users. 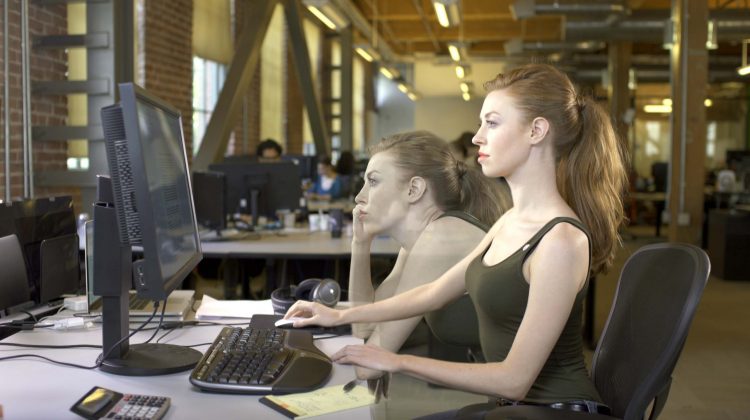 Posture correctors are excellent examples of presents that fit those descriptions. Eighty percent of people will experience lower back pain in their lives, with simple muscle strains and bad posture being a common cause.

Posture-correcting products give people constant posture coaching, allowing them to make simple but effective corrections that stop them from slouching.

The Upright and Lumo Lift are the two brands that have dominated the market recently, but which one makes a better gift, is more effective and is easier to use overall?

Below, we’ll compare comments from reviews associated with both items, making it easier to become a more informed consumer.

Designed to be used from 15-60 minutes per day for focused posture training, the Upright has a companion app with smiley faces — a green one indicates that a person’s posture is good, but if the yellow one lights up, it means the user might be about to slip into the danger zone. Then, the red smiley face activates a vibration effect. People say it’s not gentle and is a bit unpleasant, but that’s the point.

One downside is that each use requires cleaning the skin with an alcohol wipe, then using a hypoallergenic pad — and the pad may not stick firmly to hairy skin. Comments also mention that the pads are not as durable as expected and that the replacements are too expensive.

Feedback also indicates that the device’s setup wizard is not universally informative for all users. That means some may have to move the pad to a different place than the recommended one.

The Upright’s app offers a wealth of information about posture habits and indicates when a person is most likely to slip into a hunched pose. However, not all users like that the device only works with the app and not alone.

Many reviewers say it’s a life-changing device that made them feel better after only a couple of weeks of use. From a long-term point of view, they often report that their posture is improving with less feedback from the Upright.

Some individuals say the Upright doesn’t always vibrate during slouching and takes time to calibrate — the calibration makes the device more sensitive. There are also complaints that the device vibrates when people are bent over doing tasks like tying their shoes, which causes annoyances.

Health statistics indicate that bad posture is one of the most common causes of back pain. The Lumo Lift is another popular slouch stopper, but how well does it work?

People report that it gives them recognizable feedback and has a coaching feature that allows them to specify how long bad posture persists before the alerts begin. That’s a helpful capability for people who sometimes need to bend down but aren’t slouching.

As far as attaching the Lumo Lift to clothing, users generally like the magnets but say they don’t always have as much strength as what’s needed to maintain close contact, making it necessary to order supplementary adhesive strips that attach the device to the body. People also weigh in to say the magnets occasionally fail and make them lose their Lumo Lifts.

The customer support provided by the company also scores well, and people say the representatives they communicate with are responsive and useful. That’s good news for potential buyers who feel slightly intimidated by new gadgets — although the consensus says setup is simple.

On the negative side of things, some users said the Lumo Lift buzzed too often to be useful and gave them the vibration feedback even when they were displaying good posture. Reviewers note that having a straight back while wearing the device is a lot harder than they thought it’d be since the Lumo Lift gives feedback so frequently. In almost all cases, though, people who tried the gadget said they became more aware of their posture in real-time.

Individuals also note that it doesn’t work well with loose clothes, which makes sense because the Lumo Lift Needs contact with the body. Many women wear it on their bra straps, but things could get a bit more complicated for men who often wear non-form fitting shirts.

Neither of these devices has significant downsides, so a person is not likely to suffer a severe case of buyer’s remorse from purchasing one over the other.

They both fall short regarding sensitivity — Sometimes the devices activate prematurely or not at all when they should — and people have varying opinions about the respective adhesive/magnetic attachments.

Also, people who have tried one of these devices warn that correcting posture requires commitment and that the efforts to do so often distracted them from other things. That’s a worthwhile reminder for anyone to keep in mind before buying the Lumo Lift or Upright as a gift or for personal use.

Because of the positive customer service-related reviews for the Lumo Lift, it edges out the Upright.

Also, Amazon, which is often the first place people go to find out about things they might buy has more Lumo Lift reviews than Upright ones, making it easier for people to see the most common compliments and complaints and choose the one that works best for their needs.