NetGear’s Orbi is an absolutely phenomenal product, but if you wanted to go a bit further out than the four walls of your home with your WiFi to say maybe internet by the pool or in the yard, Netgear has the Orbi Outdoor Satellite that you should check out. 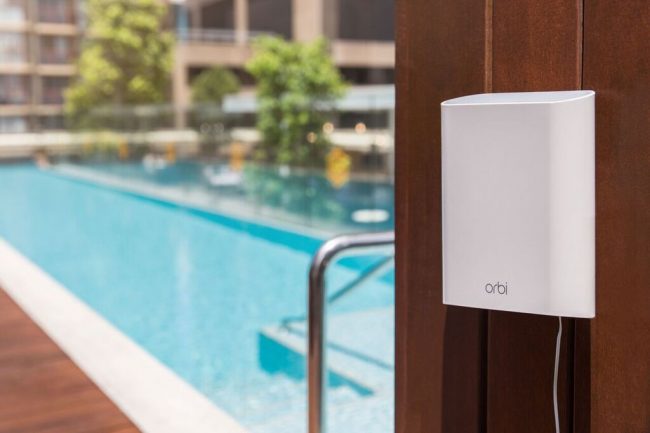 A CES 2018 Innovation Awards Honoree, the Orbi Outdoor Satellite is the perfect way to WiFi mesh by connecting to any Orbi Tri-Band Home WiFi System while extending your coverage for an additional 2500 square feet. 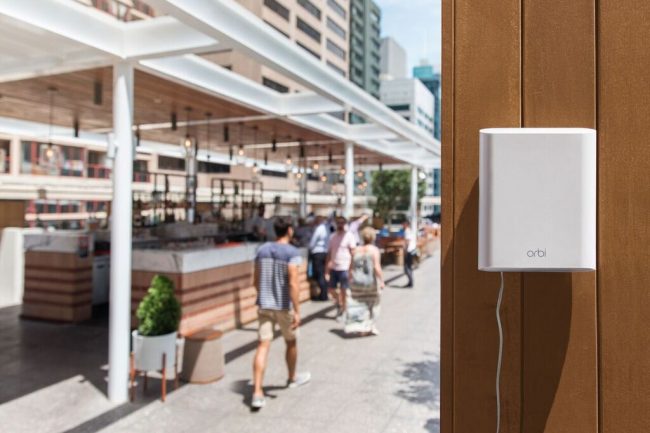 What’s that mean for apartment & home dwellers, or small businesses? It means you’ll get an extended high performing WiFi without having to deal with extension cables and additional Ethernet cables in your yard. This is going to be great to use, especially in the summer months when you’re out on your porch or sitting poolside, as you watch your streaming media or surf the web without interruptions.

Designed to withstand outdoor weather conditions, and sub-zero temperatures, yes, the Orbi Outdoor would survive a New England blizzard without a hitch. You can benefit from the Orbi outdoors in your garden, your lounge, shed, or even at your neighbor’s house if you’re into that.

“Orbi Outdoor Satellite is an exciting new addition to our family of Orbi WiFi Systems. WiFi is now considered a basic home utility. When you turn the faucet tap, you expect water to flow. When you flip a switch, you expect the lights to glow. It’s the same for WiFi,” says David Henry, senior vice president of Connected Home for NETGEAR. “You want WiFi wherever you need it, when you need it, and it shouldn’t matter whether you’re inside or outside the home. It is frustrating to go into the garage or the backyard and to have your WiFi connection drop. By adding the Orbi Outdoor Satellite to your Orbi WiFi System, you’ll enlarge your WiFi coverage to reach the farthest corners of your property.”

Setup is super simplistic as you can set it up in minutes courtesy of the Orbi app or from your desktop and since it’s mountable you can place it anywhere covered or not for flexible placement. What’s more is the Orbi Outdoor comes with it’s patented FastLane3 technology with allows users to maximize internet speeds through a dedicated Tri-Band WiFi connection between the router and the satellite itself. And if you have guest.. there’s a way to offer SEPARATE internet access to a Guest WiFi Network. 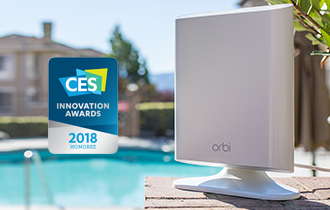 I personally have this on my radar of purchases to make, and you can purchase yours for $329.99 directly from NetGear’s site.