Posted By: David Goodspeed May 21, 2018
ShareTweet

The light truck segment of new vehicle sales is ultra competitive, and relative newcomer Nissan is doing everything possible to get its share of those transactions. Case in point is the new Titan Midnight Edition we recently tested that adds many items consumers would add to the pickups after purchase, but they can now get right on the showroom floor. 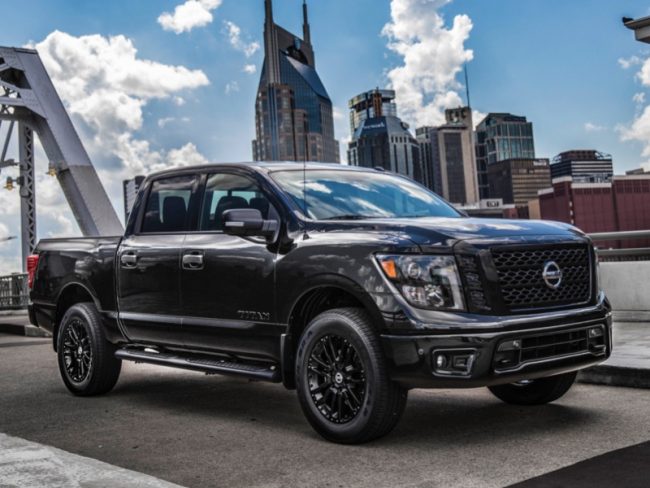 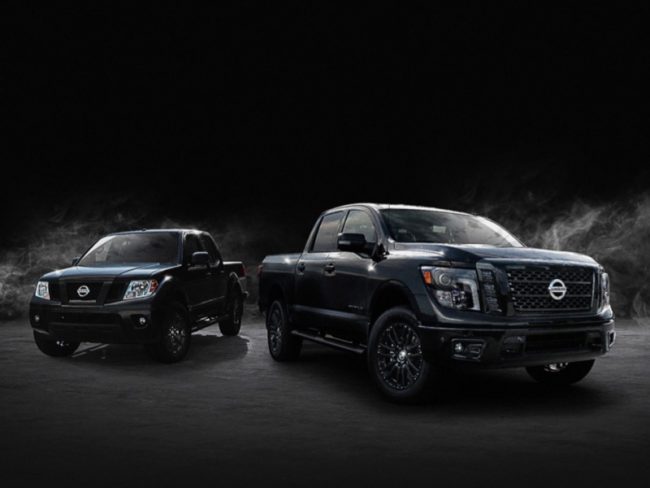 Underneath is pretty much the same Crew Cab Titan we tested a couple of years ago when it first launched on the new platform. The Titan half-ton truck appears nearly identical to the XD but arrives some 14.7 inches shorter and is about a foot shorter in wheelbase, and the two chassis’ are different as well. The V-8 engine size remains the same as the previous Titan at 5.6-liters displacement but power for the Gen II Titan has been significantly upgraded – now 390hp and 394 lb. ft. torque. This engine is mated to a new 7-speed automatic transmission with tow/haul mode and manual shift buttons on the gear stalk. No center console shifter on upper trim level models as in some of the competition. 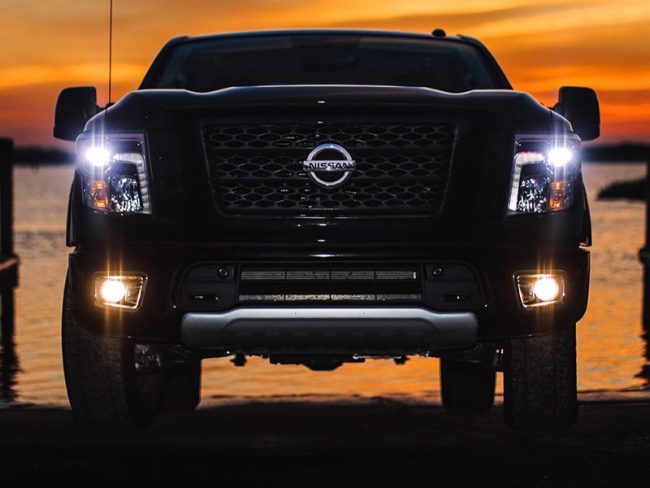 My first few spins down the road in the bigger Titan XD made me a firm believer that Nissan was ready to take on the industry. My impressions of the Titan half-ton models have been less enthusiastic. Sorry, Nissan, but I have tested every other half-ton pickup on the market in recent years, and the Titan comes in last in the on-road testing. Granted, I give allowances for such components as Bilstein shocks and all-terrain tires, but I have experienced these items on other trucks – including several models of Nissan’s very own first-gen Titan – and this new truck comes in behind all those. 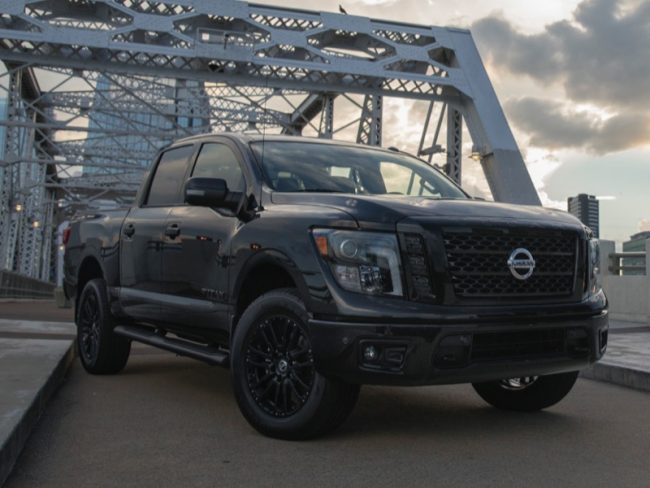 To its defense, the truck rides quiet and does a decent job of eliminating road noise. At highway speeds, the Titan Midnight Edition rode very well and was quite stable, but around town it was just too bumpy fore and aft, almost porpoising at times. We found the same symptoms in the last Titan half-ton we tested. That longer wheelbase of the Titan XD models seems to eliminate this trait as we did not experience any of it in those longer trucks, not even the regular cab model. And no sooner were we prepared to take the Midnight Edition off-road than we caught a glimpse of the street tire tread and decided to forego any testing off of pavement. 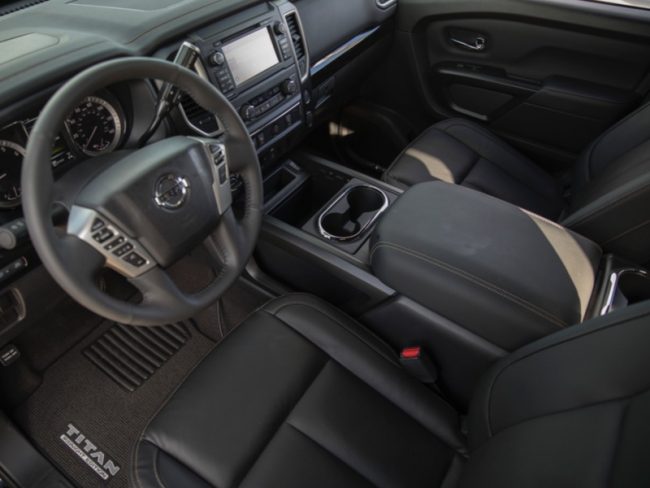 Pricing for the 2018 Nissan Titan Midnight Edition rolls in at about 52 grand. As I mentioned earlier, this model arrives on an already well-equipped SL or SV Crew Cab package and our tester arrived with four-wheel drive. We also enjoyed the new Rockford Fosgate premium audio system but would have preferred ventilated seats as the dark interior gets very warm on sunny days. And next to the likes of Ram’s new in-dash electronic tablet center display, the 7-inch color touchscreen of the Titan appears rather puny. 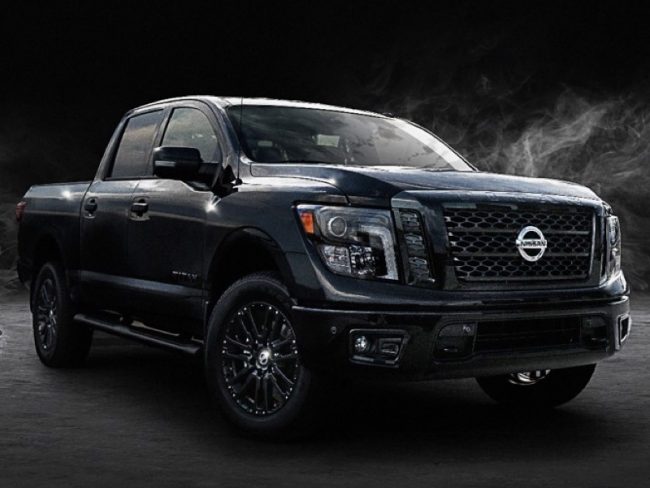 I am confident Nissan will work out the kinks of the new-generation Titan half-ton trucks as the automaker makes strides to remain a player in the segment. While I was not around back then, I would bet the very first F-Series truck from Ford was less than perfect. True, though, this is Nissan’s second attempt at a light duty pickup, so they need to be burning the midnight oil (no pun intended) in the labs and on the proving grounds. Don’t get me wrong, this is a very good truck, and models such as the Midnight Edition should be very popular as they are quite attractive.