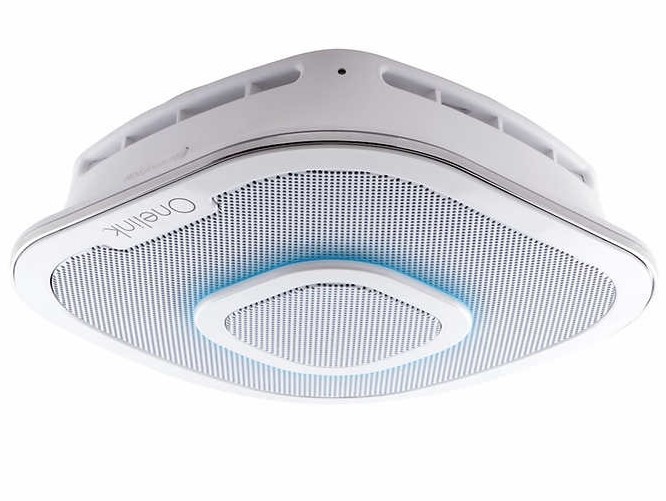 In the modern world, smart appliances fill homes to the brim. Artificial intelligence is a part of nearly every device now, making the average suburb almost sound futuristic. With everything else getting the science fiction treatment, from your refrigerator turning into a TV to your car self-parking into the driveway, safety devices can become smarter, too.

Smart fire alarms aren’t entirely new, but they are becoming more popular. Having a fire alarm to talk to and play music means you don’t need the Alexa or Google Home, too. In the end, they can save money. But much like how today’s phone is very different from years past, we need a fire alarm to primarily be a fire alarm. Onelink’s Safe and Sound takes the responsibility to heart.

What Does the Safe and Sound Do?

Onelink’s Safe and Sound is a smoke and carbon monoxide alarm with an interactive speaker using Alexa, Google Assistant or HomeKit per the owner’s choice. The detector uses a photoelectric and electrochemical sensor to be more accurate than the usual ionized sensors.

Along with being a fire alarm, Onelink’s Safe and Sound is also a smart device able to answer questions, play music or recite schedules on command. The Safe and Sound supports many streaming music services, as well. 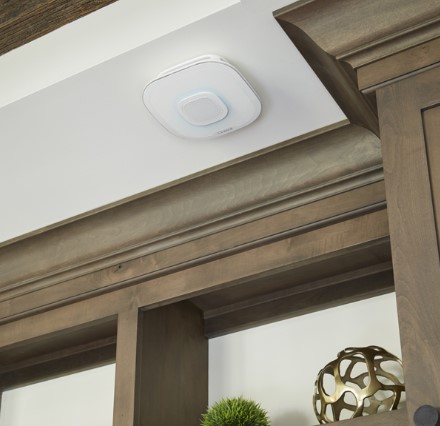 Installation may not be straightforward, but the process is familiar. The Safe and Sound is built to install the same way any other fire alarm is installed in a home, including the mounting plate. If installed incorrectly, the Safe and Sound will let you know by beeping until fixed.

The speakers are something of a marvel. Since the Safe and Sound is installed in the ceiling, nothing impedes the sound from getting across the home. The omnidirectional audio has a sharp sound and a strong bass without being loud. The sound is pleasant, like having a corporate speaker system in your own home.

In case of a power outage or internet going out, the Safe and Sound will still function as a proper fire alarm. There would hardly be a point when the fire alarm didn’t work without a stable internet connection, after all. Even better, the Safe and Sound will send notifications to your phone if your house is currently on fire. So if you’re away or at home asleep, you’ll find out about the fire one way or another. 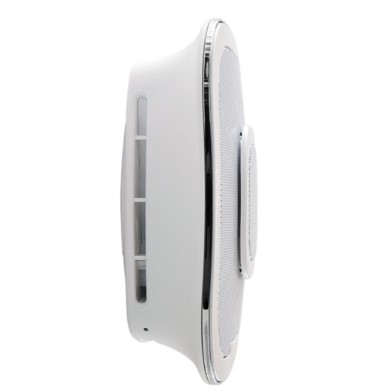 The first downfall about the Safe and Sound is probably expected, but the price tag could be a little too much for what you get. Sitting at $250, the smart fire alarm doesn’t seem worth the money. Making Onelink’s position worse, other comparable smart fire alarms sell for less than half the cost.

Another mark against Safe and Sound is the size of the device. Nearly seven inches in diameter and as tall as three inches, the device is noticeably bigger than a regular fire alarm. However, once everything’s set up, the Safe and Sound is designed to blend into the interior of your home. Just beware of low ceilings.

A safety detriment comes in the typical miscommunication between man and machine. Sometimes, asking Alexa a question may produce a wildly different answer than the one you expected. The same goes in the case of asking Alexa if there is a fire in your home.

Gizmodo reports Alexa’s usual answer to this question is to start playing the song “House on Fire” by Rise Against. To know if something’s wrong, you have to ask about Onelink’s status explicitly.

As said before, the installation is familiar but not easy. The biggest headache about setting up the Safe and Sound is abiding by safety guidelines. The fire alarm has to be put where a fire alarm is supposed to go, not where playing music would be most convenient.

All of the complaints could probably be brushed away, including the price, if the fire alarm aspect was worth the hassle. A photoelectric sensor is more accurate, but they don’t work much better than the ionic ones. Ionic sensors tend to have a problem with false alarms, which is their biggest hassle. If you want a photoelectric alarm, there are cheaper and less frustrating options out there.

The Future of Devices

The overwhelming switch to smart devices has a lot to do with automation and accuracy. Artificial intelligence has a track record of doing many things better than humans, after all. A fire alarm is no exception — we want to be as safe as possible. Relying totally on machines to watch our backs for us may be eyebrow-raising, but not when those devices are designed correctly.

Though the price is a little high for the alarm, the Safe and Sound is a functional device you can (for the most part) rely on. If you’re concerned with the safety issues and malfunctions of the AI, we recommend waiting a little longer for a more accurate and trustworthy smoke alarm device.

Onelink’s Safe and Sound fire alarm retails for $250 and is available through the manufacturer as well as other retailers, including Amazon [affiliate link].

What Needs Improvement: Too expensive for having safety kinks.