Lenovo’s Smart Displays blew us away at CES last year, and this year they have some new smart devices to bring us closer to a world like The Jetsons. They have a really amazing smart tablet/dock, along with a smart clock for your bedroom, so let’s see what the future holds!

First, let’s talk about the Lenovo Smart Clock. Basically, they’re rolling the various tips for better sleep that are out there with a small Smart Display. This makes a lot of sense because you get a bedside interface that lets you set up a smart home routine around your bedtime and wake-up. Lenovo suggests setting it to gradually turn lights on and off, start the coffee machine, and update you on the weather. 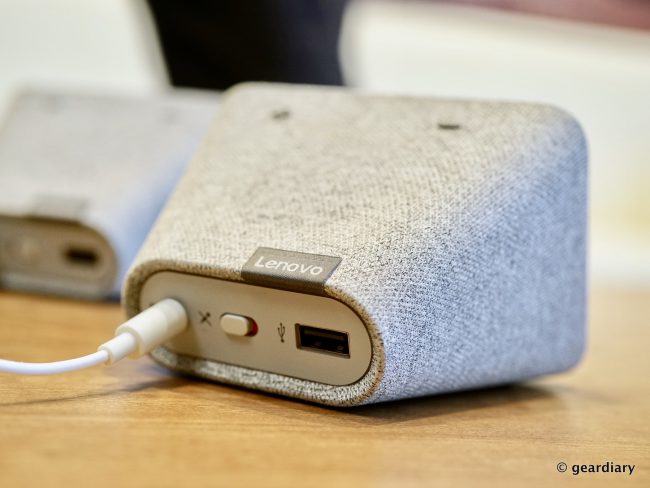 Instead of just being something tiny like a Google Home Mini or an Echo Dot, you get a machine that has a screen, can charge your phone, and has a screen so you can see what time it is at 4 am without turning your phone on, since we all know that inevitably leads to a 4:30 am fight with some troll on Reddit. Best of all, Lenovo includes a mute button on the Smart Clock — it won’t be listening for verbal cues if you don’t want it to, which is pretty brilliant. Look for it in Spring 2019 for $79.99. 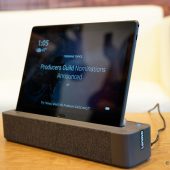 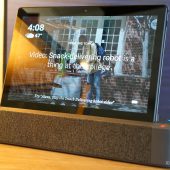 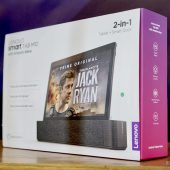 The new Smart Tabs blow me away because it’s such a simple concept that feels so close to what the future will look like. Basically, the Smart Tab is a dock that turns either a Lenovo P10 or M10 tablet into an Alexa-powered smart screen. Lenovo is pitching this in particular at families, and I think that’s a really smart way to approach it. They’re imagining kids using the tablet while out and about, and then when it comes home, it becomes a smart screen for the household to use. They are 10″ tablets, so a decent size screen for both home and travel use, and the dock has Dolby speakers. The idea is that you can use Alexa, browse and watch Prime videos, and generally have a home hub that’s simple to use. Then when you’re heading out the door, you grab it and toss it to whichever kid you need to keep happy and/or awake. 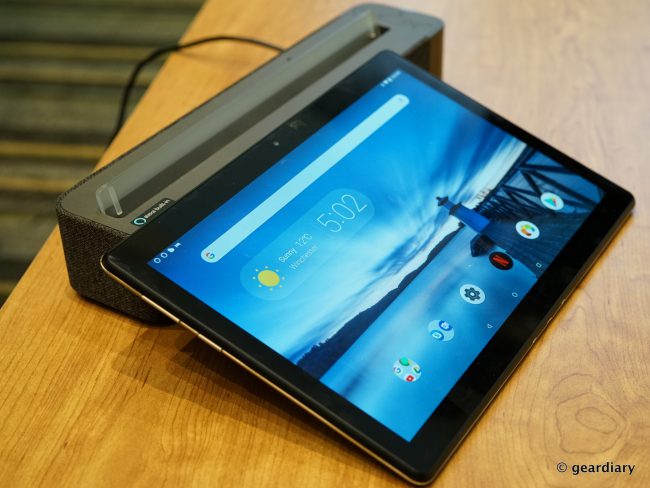 This concept is basically what companies have tried a few times before; it’s taking the “brains” of a portable device and making them the center of a modular concept. The difference is that instead of trying to make the tablet power a computer or some productivity-based extension of itself, they’re leaning into what people ACTUALLY use their devices for, and designing the extra modularity around that. It makes complete sense, and I think it’s the next big leap forwards in personal electronics. Eventually, I think tablets, phones, even computers, are just going to be like the dock for the P10. They’ll just be dummy devices, and you’ll have a small modular part that contains the “brains” for all those systems. Going out? Pop your module into a phone. Home? Pop it into a dock and it controls your smart screens and handles streaming to your tv. You get the idea. 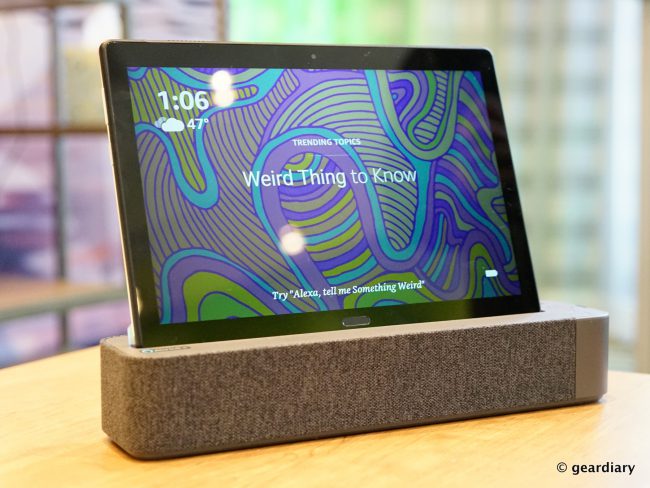 Whether technology shrinks to that level, or whether it just becomes a series of docks based on what we need, it still seems like Lenovo has hit on a great way to bridge the tablet with the home hub, and I’m excited to see where it goes. The Smart Tab with Tab P10 will be $299.99, and the Smart Tab with Tab M10 will be $199.99, both shipping January 2019.