Have you ever thought to yourself, “Self, this paper airplane is great, but it could use a motor and an app.”? Of course, you haven’t. But that’s exactly what you get with the PowerUp 3.0 Smartphone Controlled Paper Airplane Kit. I know, it sounds silly, but bear with me because there’s a lot to this. 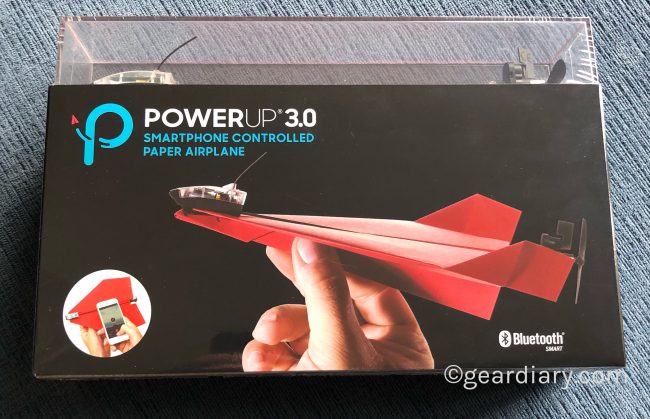 Paper airplanes have been around forever. And in that time they haven’t changed that much. With this device, paper airplanes are finally brought into the 21st century. It allows you to create a paper airplane but then let you add a remote-controlled motor that connects to an app on your smartphone or tablet. It’s rather unusual and a great way for kids to learn about design and something that perhaps even more important. We will come to that shortly.

The basic kit costs $49.99. There are, however, two other kits that can be purchased. There is the dogfight kit which includes two paper airplane kits. That’s $89.99. And there is a dogfight kit with replacement parts. That will set you back $99.99. I received the basic $49.99 kit. 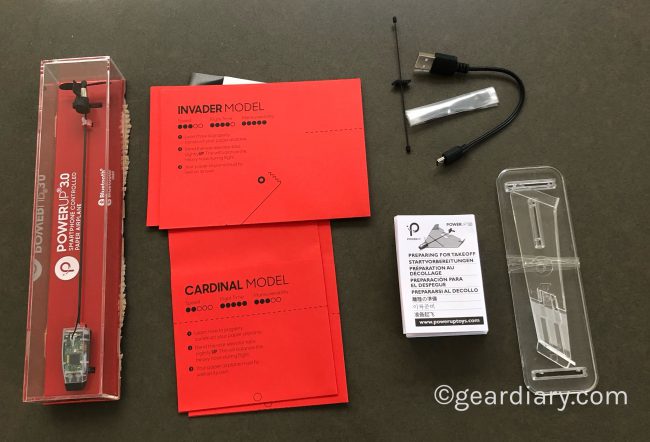 Inside the box there is the PowerUp 3.0 Bluetooth smart module, an office desk stand so you can put your creation on display, a micro USB cable for charging, a crossbar stabilizer, a spare rudder, a spare propeller, to sheets with a template for beginner pilots (the Cardinal Design), two sheets of templates for advanced pilots (the Invader Design), instructions for two airplane designs, and installation guide, and a mounting display and storage box. 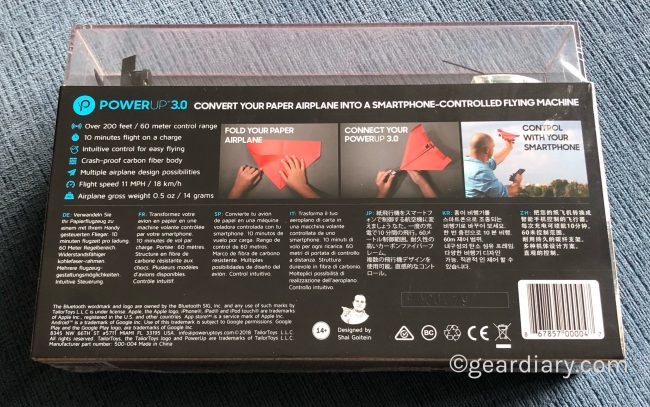 Here’s what the company has to say:

Bring your favorite “blast from the past” to the present when you turn your paper airplane into a remote-controlled flying Machine! This multiple award-winning conversion kit features a crash-resistant design and will give your paper plane a massive 180 ft. (55M) range – truly a gravity-defying experience. Equipped with Bluetooth Smart technology, you can control your plane with your smartphone through the power up app (iOS/Android compatible, check Power Up website for more details) Simple controls are fun for all ages: tilt smartphone/tablet from right to left to maneuver and use the throttle lever on the app to ascend and descend. Features battery level, charging status and range indicators plus an air traffic control attribute. New features! For easy on-boarding – boost – Nitro for extra power, in app flight Academy, free template downloads, gesture control and game-pad controls.

The motor and Bluetooth module provides up to 10 minutes of flight time per charge with a range of 60 m or about 200 feet. Depending upon the template you use the plane can fly up to 5 mph and there are both beginner and advanced modes.

There’s also flight assist technology that makes flying a bit easier, and you can download multiple airplane designs from the Internet, so you don’t have to rely upon the templates that are included. Charging it takes 25 to 30 minutes, and the airplane weighs about half an ounce. 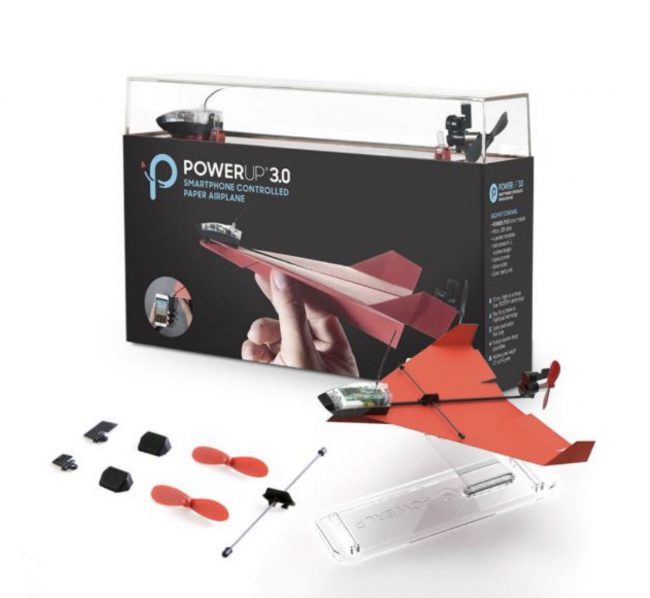 The first step was to take all of the pieces out of the box and lay them out on the island in my kitchen. It was a bit overwhelming to see how many parts there were to this toy, so I quickly jumped onto the Internet and watched a few videos. This was extremely helpful in learning not only about the device itself but the best way to fold each of the designs.

The included templates have guides for folding the paper to create the proper shape. Still, the folding process is a little bit complicated, and it took me some time to get it right. Once the paper airplane is folded, it’s time to add the electronics to it. The Bluetooth smart module slips over the front of whatever airplane you created, and then the instructions tell you to add a few pieces of tape in strategic locations. The crossbar stabilizer is key to keeping enough rigidity for the plane to fly properly.

Here’s a series of photographs of my first attempt to create a paper airplane using their design. 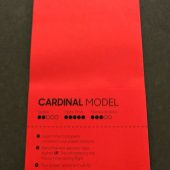 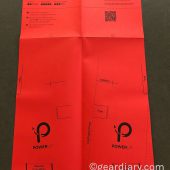 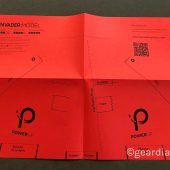 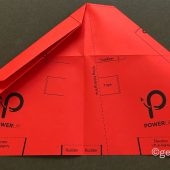 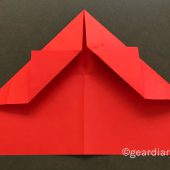 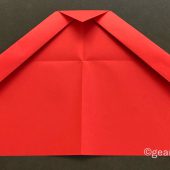 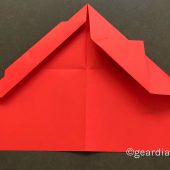 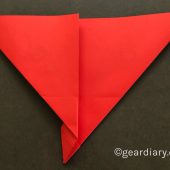 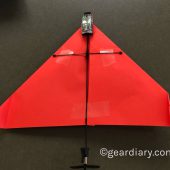 While the pictures may look like I did a good job, I was never able to get the plane to fly. I tried a few different adjustments but had no luck, so I went back to the drawing board. 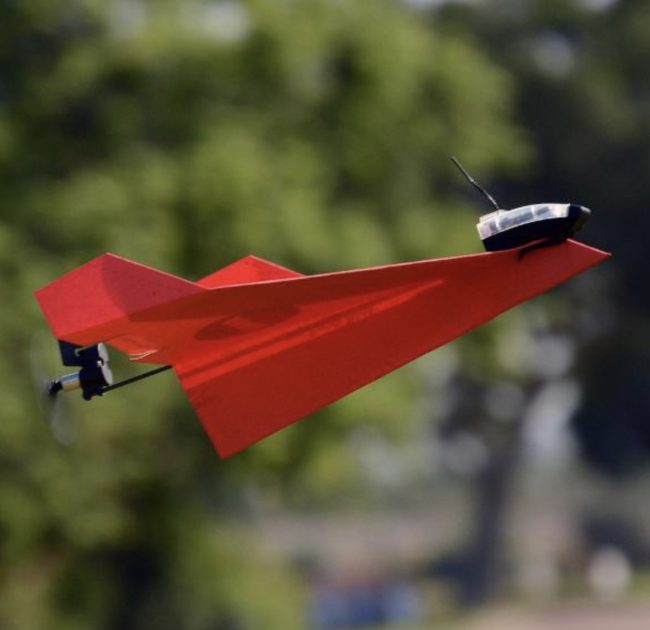 It didn’t. So I pulled out the other template and folded it. That process looks like this. 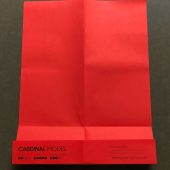 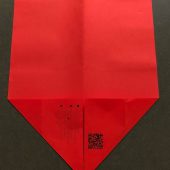 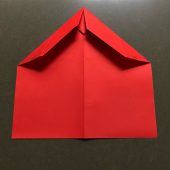 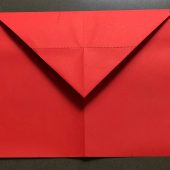 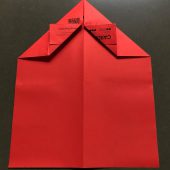 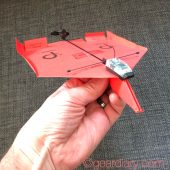 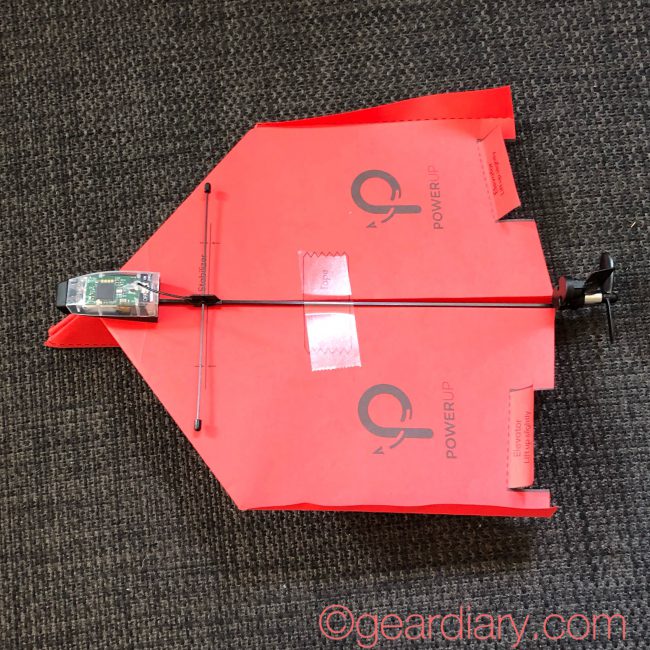 I went outside, launch the app, and powered up the paper airplane. I then threw it into the air and watched it immediately come crashing down. I needed to make a few adjustments. I did so and tried again. This time I was able to have the paper airplane in the air for almost 30 seconds before it came down. Unfortunately, since I was alone, I wasn’t able to capture any footage of that flight. A few days later I had Reina come outside with me, and while I controlled the paper airplane with my iPhone, she recorded the process. Here’s what it looked like.

The PowerUp 3.0 smartphone-controlled paper airplane kit is a lot of fun. It takes an age-old toy and brings it into the 21st century using Bluetooth technology. Being able to fold any number of different paper airplanes and at the same module to them keeps the toy interesting. More important, however, is the fact that this will likely not work properly the first time. It takes a great deal of trial and error to fold the plane properly and then even more trial and error to adjust the stabilizers and rudder, so you get a decent flight experience. And that’s the best part of this toy. It teaches kids the importance of patients when doing a task and the need for trial and error to get things just right. There’s a certain degree of immediate gratification with this toy, but the most impactful part of it is the need to keep making adjustments. That’s an important lesson for kids and one they don’t get nearly enough of in today’s “everybody gets a trophy” world. 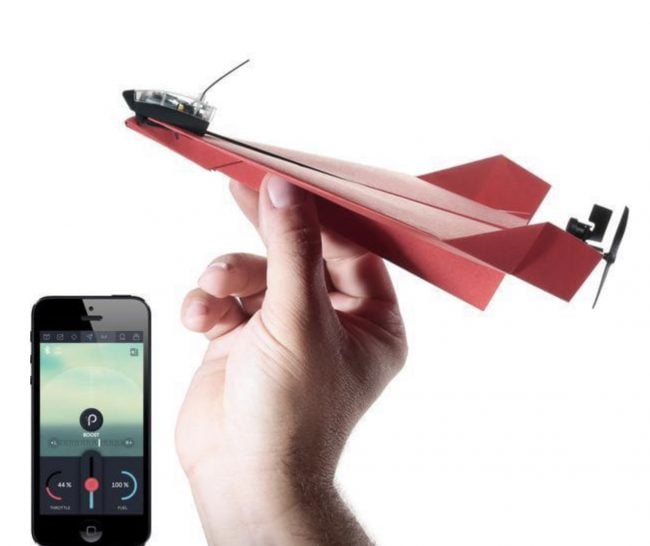 I’ve had fun using this device for the review. It was a bit humbling that my first attempt to fold the paper airplane was a complete failure. That only added to my good feelings when I was able to get things right the second time. I had a bit of luck with some initial flights, but then some of the adjustments must’ve shifted, and the flights Reyna recorded weren’t nearly as successful. Still, it’s a lot of fun and a great toy for kids. Now that this review was done I plan to give the entire kit to Carly so she and Wyatt can experiment. I’m really curious how Wyatt, an incredibly smart kid, will interact with this device. Will he have the patience to make the necessary adjustments to get a decent amount of flight time, or will he throw his hands up in frustration? Considering he’s Carly’s son I suspect it will be the former. We’ll have to wait and see what she reports after using it for a bit. In the meantime, you can check it out and make your purchase here on Amazon.

What I Like: Kit includes everything you need to create an app-controlled paper airplane; Kit includes two different templates, and additional templates can be downloaded from the Internet; Kit includes a few important replacement items; When the plane takes off it’s really fun to watch it fly and know that you are in control

What Needs Improvement: Properly folding the paper airplane takes a huge amount of patience; Getting things working properly requires quite a bit of trial and error; The range is okay but not anything too exciting; You only get up to 10 minutes of flight time per charge and then need to charge it for half an hour; I suck as a pilot