With the summer in full swing, this means you might be using your AC a bit more nightly to get yourself a decent rest every evening. Why not check out the OOLER Sleep system? 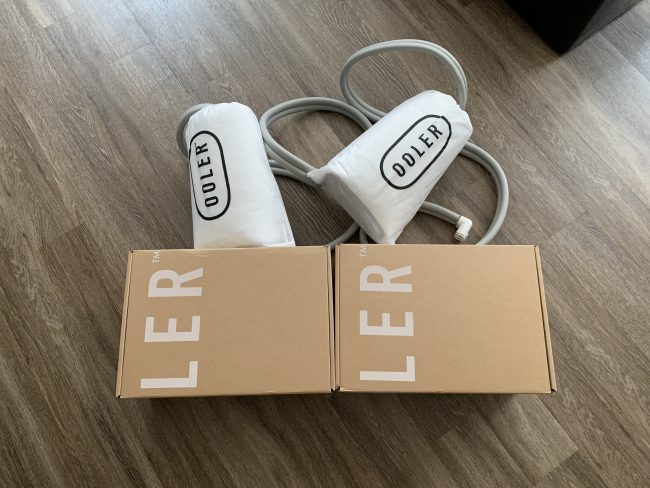 Created by the CHILI, the makers of the original ChillPad, the Ooler Sleep System is essentially a bed mat that I’ve been using and testing for the past two months nightly for more peace of mind when I sleep, and honestly, it’s lived up to all of the hype. Everyone knows that good body temperature is essential to a decent night of sleep, and the OOLER for me has given me the opportunity to sleep comfortably, but it works with my existing mattress as a mattress topper so there’s no need for the purchase of a new mattress or boxspring. 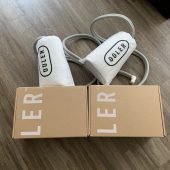 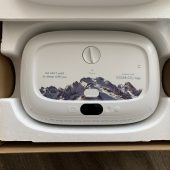 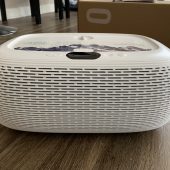 The Ooler’s control system is where the bulk of the setup takes place as this is where you will ultimately place the water, as well as plug into the wall, and the included hoses that connect to the back of the control unit to circulate the water from the unit, through the tubes, into the mattress pad. For the sake of hazard, I suggest placing the hoses away from other existing cables. While the hoses are durable and bend and flex, the rubber housing around the hoses have the potential for suffering wear and tear over time, and the last thing you want is an exposed water hose near a wall outlet or another source of electricity. 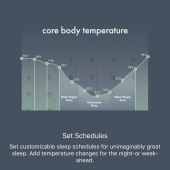 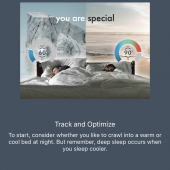 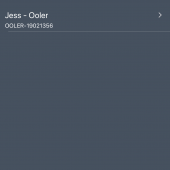 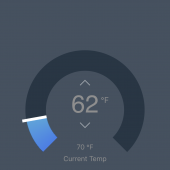 Controlled with the companion app, or the onboard controls unit, I received the “WE” model, made for couples. Labeled as the most advanced luxurious sleep system, the Ooler has a hydro-powered thermal range of 55-110°F (13-43°C) so if you have a habit of turning into a human pyro in the middle of the night or just like to imitate sleeping in a deep freezer, the Ooler System is the setup for you. The entire premise is for the mattress pad to lap atop of your mattress (above your mattress protector, and underneath your physical sheets) to circulate water (heated or cold) through internal tubes and the pad to give you a more restful sleep. 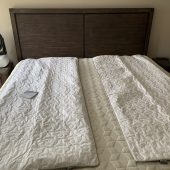 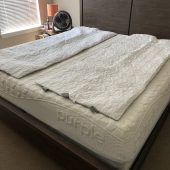 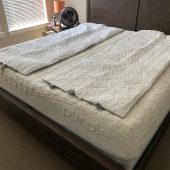 The Ooler system comes complete with the mattress pad(s), a reservoir called the “Control Unit” for the water that will, in turn, go into the mattress pad and circulate between the two via tubs, and an instruction manual. Setup is pretty simple as you spread the mattress pad across your mattress, and use the elastic bands to wrap it around the ends until flat. Ooler stresses that you should NOT put water into the reservoir until AFTER you have set the mattress pad onto the bed. 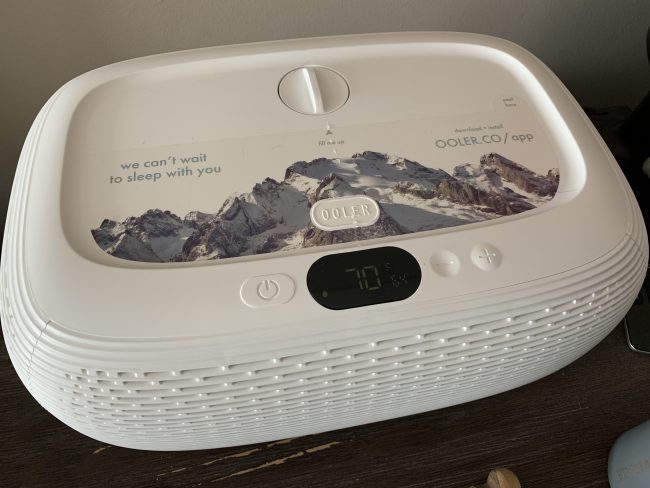 I will say, initially testing the Ooler was hit or miss, I’ve had quite a few issues with the app itself and instead opted for the onboard controls since they seem to work better than the Bluetooth connectivity of the app (yes it does require Bluetooth). The app itself allows you to set up the temperature of the bed, however, this is only when the app decides that it wants to work. There have been a few times where the Bluetooth simply did not connect and. Was forced to close the app, and press the power button on the Ooler control unit to get it to reconnect to the app in order to get device control to show within the app, which is a bit of a bummer when you are not in proximity of the Ooler and want to prefer yourself for a nights rest by setting it to a certain temperature when you are not nearby. 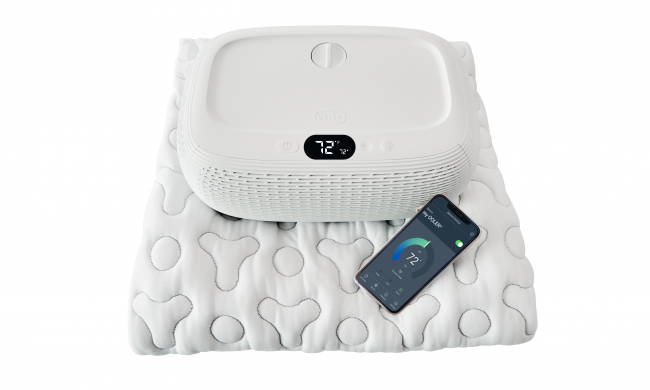 What’s more, is you can have multiple Oolers connected to a single account, or if you want to just control your own sleep you can have it set up for two. In our case, my wife has an Ooler account for her control unit, and I have one for my own. This allows us both to control our own temperatures, and schedule our sleep (again, when the Ooler is working).

Within the app, you will have four toggles at the bottom for Device, Schedules, “My Sleep”, and settings. At the center of the screen you will see the current temperature of the Ooler and the option to change “modes”: Silent, Regular and Boost. In my practice, I feel as though Regular is best for me as it uses less water than boost, but is a bit noisier than the “silent” mode. 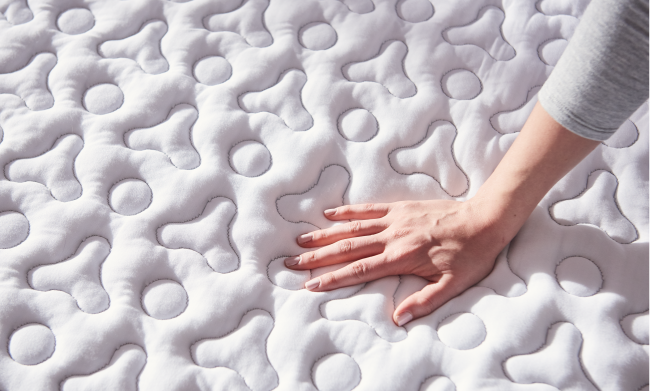 However, it does give me the ability to have a cooler sleep, with a bit of an ambient noise that’s not annoying to hear in the middle of the night. In Silent mode, I feel as though the Ooler uses less water which is fine… but with the water chamber using less water, there’s more of a chance of molding, or stagnant water over time. In any case, you can always dump the water, I just am a bit afraid of physically cleaning it as the chamber opening is really tiny. 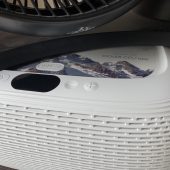 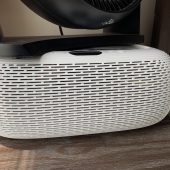 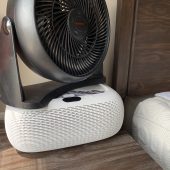 Over the past 60 nights the Ooler has proven to give us great sleep, and somehow even works with other bed tracking systems like the Withings Sleep, which works under our mattress. I was a bit worried about the potential of an electrical fire having so much hooked up to my bedding, but the Ooler has held strong. Also, the company says that the Ooler can be used on a nightstand, or under your bed, but my wife and I have opted to set it atop of our nightstands for the ability to change the settings directly. It is also easier to change the water when you need to. 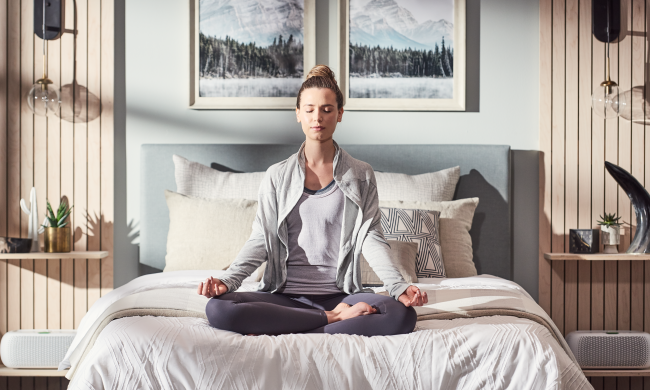 The Ooler is a GREAT addition to your mattress and will give you a more soothing sleep, especially int he regular and Boost modes, making it feel as though you’re sleeping on clouds with the amount of water going into the mattress pad. The silent is also a great method as well if you absolutely hate ambient noise, just be mindful that it retains less water, which for me means you won’t get the coolest sleep possible.

If you are interested in purchasing the Ooler Sleep System, you can head over to Chili’s website today.

What I Like: Regular and Boost modes are FANTASTIC for ambient sleep, great for heated or cool sleep

What Needs Improvement: Water reservoir unit is a bit on the large sidebar nightstands, especially if you have existing items on it; Connectivity to Bluetooth App is hit or miss