Folding displays may be the future, but that doesn’t mean the tech is quite ready for everyone’s use or that everyone will even want it or will want to pay for it. The LG V60 ThinQ 5G gives you a gorgeous metal and glass slab with excellent specs that can be turned into a dual-screen device when needed. 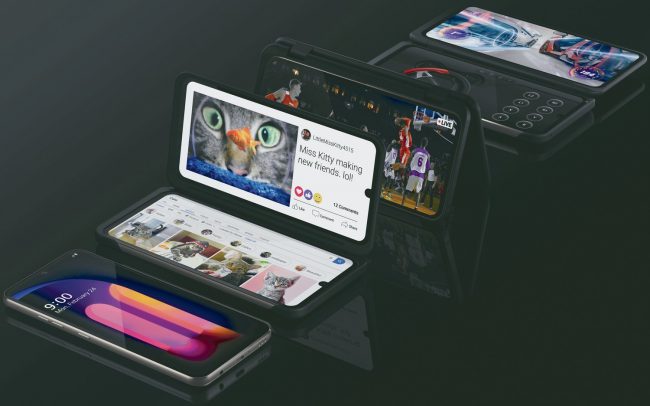 The LG V60 ThinQ 5G features a 6.8″ FHD+ P-OLED display (2,460 x 1,080 / 395ppi); it is powered by the latest Qualcomm Snapdragon 865 Mobile Platform with the Snapdragon X55 5G modem, and the Qualcomm FastConnect 6800 mobile connectivity subsystem for advanced Wi-Fi 6 performance. Enabling this beast to go all day is a huge 5,000mAh battery. Let’s just take a moment to admire how refined the phone looks … 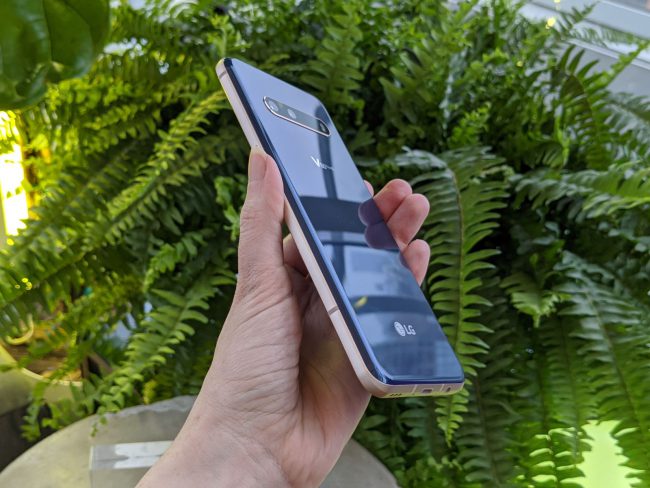 Photos of the LG V60 ThinQ 5G in hand taken by Helena Stone. 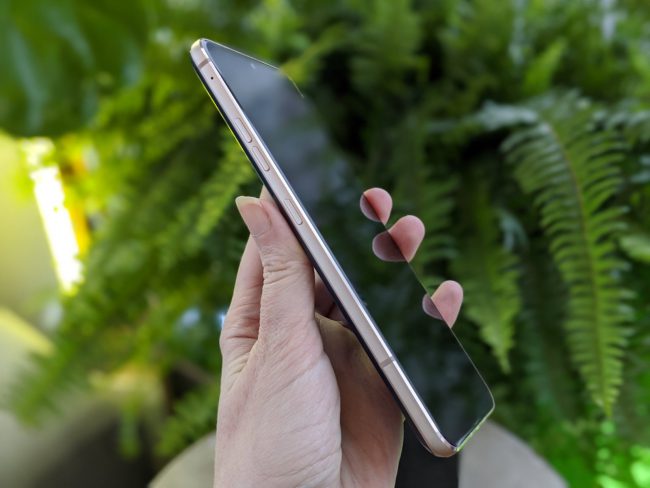 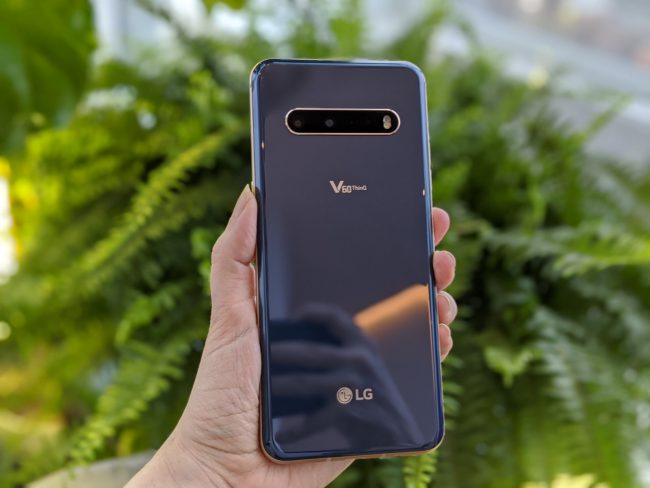 The V60 ThinQ 5G will come with 8GB RAM and 128GB user memory, but you will be able to add a memory card if you need more. The V60 ThinQ will also ship with Android 10, and it will work with 5G, LTE, 3G, and 2G networks. The phone will have an in-display fingerprint scanner, be Qualcomm Quick Charge capable, and it will have IP68 Water and Dust Resistance. You’ll be able to get it in two colors — Classy Blue (shown above) or Classy White.

LG has released two other dual-screen capable devices, the V50 ThinQ and the G8X ThinQ. As with those devices, if you want to expand the V60’s usefulness and productivity options, you can add the Dual Screen case! 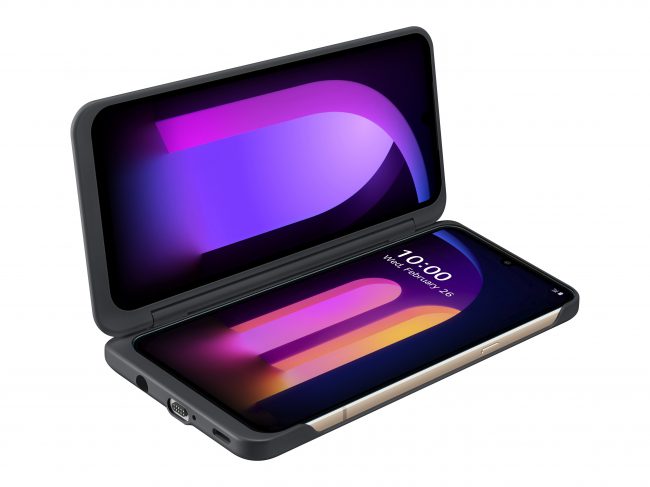 The LG V60 ThinQ 5G with LG Dual Screen will be available in a few weeks from AT&T, T-Mobile, U.S. Cellular and Verizon. Pricing and dates available will depend upon carrier and will be shared soon.