I think one reason some have not yet adopted any smart lighting technology is that people want to be sure that it’s going to last. Most of the technology available today is driven by a cloud service. Today I got the e-mail anyone who uses a cloud service dreads getting about my Lightify light system: August 2021 the system will be shutting down.

Here’s what it means, what you can do, and what I am doing. 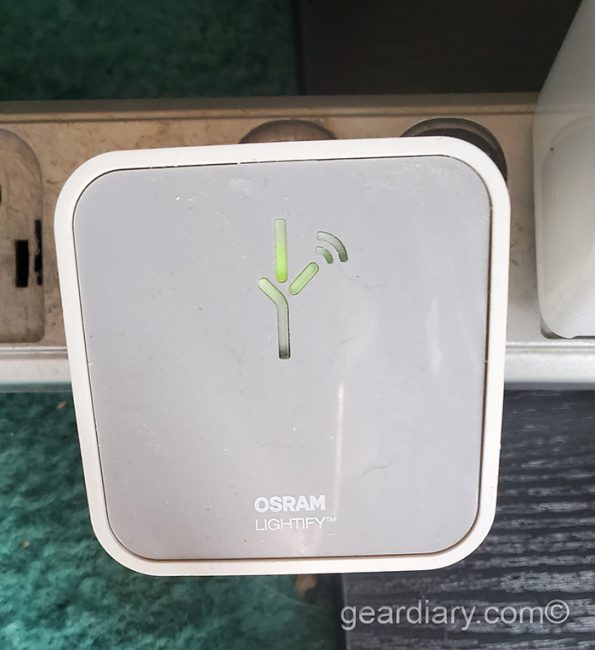 I bought my Lightify system because it was locally available at my Lowe’s Home Improvement store. Not long after I bought it, I got the first inkling that it may not last long because Lowe’s stopped carrying the bulbs and the system itself. No problem, Amazon had plenty of them in stock, so I went crazy. When we completed a recent bathroom remodel, I bought the last bulbs I will probably ever buy from Osram — not because of this service but because they started to randomly turn off no matter what fixture I used them in. So I started looking for a new system. The final nail in the coffin was the e-mail I received from Osram/Lightify today:

Unfortunately, we have to share some bad news with you today. After five years of service, we have taken the tough decision to shut-off the LIGHTFY cloud servers on August 31st, 2021.

What you need to know now:

You still have plenty of time to react. The LIGHTIFY cloud servers will be available until August 31st, 2021. Only after this date the LIGHTIFY service and support will be discontinued.

This means, that there will be no further updates and a connection to the Amazon and Google voice assistants will not be possible anymore after this date. Compatibility to newer versions of the iOS and Android operating systems can’t also be assured thereafter. However, until then you can use your LIGHTIFY system without limitations.

As the LIGHTIFY System is a cloud-based system, the majority of functions will unfortunately be lost and LIGHTIFY app control will be only very limited. Here you can find an overview of all affected functions.

What you need to do after this period:

To control your smart lights and plugs beyond August 31st, 2021, you need to fully reset your entire system. Afterwards you can simply integrate it into any other ZigBee® compatible system – like other smart lighting or smart home systems with intelligent assistants that are available on the market.

Why is OSRAM switching off the LIGHTIFY cloud servers?

The LIGHTIFY system is meanwhile technically outdated: Its performance (e.g. in respect to reaction times when controlling devices) is significantly lower compared to other systems in the market. Furthermore, the implemented ZigBee® standard is not state of the art anymore (ZigBee® Light Link and ZigBee® Home Automation instead of ZigBee® 3.0) which makes it more and more difficult to ensure compatibility to other smart home systems. The needed investments can unfortunately not be made – especially in regard to the divestment of the general lighting end-consumer business in 2016.

As always, we will try to answer all your questions which can be addressed via our usual e-mail address [email protected].

I’d like to say this was a shock, but it’s not. In the not too recent past, I had to completely reset the system because I could not get the lights to work at all with either my Echo Dot or my Google Home stuff. When it works it’s not too bad!  When it doesn’t … it’s horrible.

So I started looking for an alternative prior to this and have bought 4 or 5 Merkury Innovations lights that I found at Walmart for $19 a pair. These are WiFi lights and hubless, however I am not confident that its cloud-based app, Geeni, will last so I am still looking for a more permanent solution that I can migrate to later.

I guess I can buy a Zigbee gateway and continue to use the lights, but right now I kind of want to just toss them. The biggest problem is that the Internet of Things space that these occupy is new and changing a lot. Even Philips Hue generation 1 hubs are being deprecated.

Until we get a standard that we can count on, I would not feel confident in recommending these to people who are more like my dad, someone who will use their tech until it falls apart. Sure Zigbee was supposed to be that. But as you see above even though the Lightify lights DO support this, it’s an earlier version of it. There’s no guarantee that if I buy a Zigbee hub today that I won’t have the same problem a year from now.

Even if Google came up with its own standard to work with their Assistant, they’re ALSO are known to deprecate things I used to rely on like Google News and Google Wave.  Anyone remember that stuff? No? Because it’s gone, too.

What is worse is that even Google Home and Amazon Echo products will probably be deprecated at some point in their life. I work in IT, and I understand it — no one wants to support something forever, which is why standards are so important especially in the consumer space. How many times have you bought a TV? How about a stove in your kitchen? I am willing to bet you probably have an appliance in your house that’s more than a decade old that you still use today. Computing, IoT, Phones, Routers … none of this is like that at all. Are you still using the same router you bought in 1999 to run your house? Not likely, but I’ll bet that dryer in your laundry room is still working like a champ, even though you may have bought it before 2000. This is how these lighting systems should be!  They should last that long! The Lightify system was first released in 2014. It’s had a little over a 5-year run; the system they designed in 2014 was not able to be upgraded and maintained so they are deprecating it. This is sad. We deserve more as consumers. ALL lightbulbs should be smart bulbs by now, but until the industry decides on a standard … we are stuck.

What do you think? Have you been screwed by someone turning off the servers? Share below.