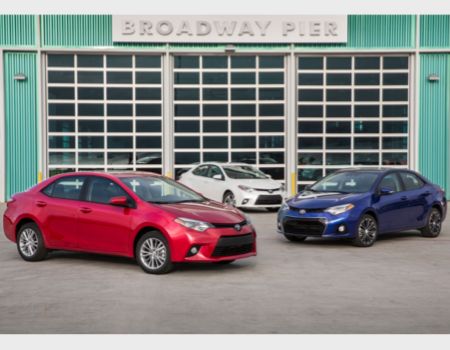 The Toyota Corolla has been the best-selling car on the planet since its inception in 1966 but lately it has been playing second fiddle to the compact car from Ford. Toyota needs a change and they need it now. Introducing the all-new 2014 Corolla that is on sale now and arriving in showrooms very soon. 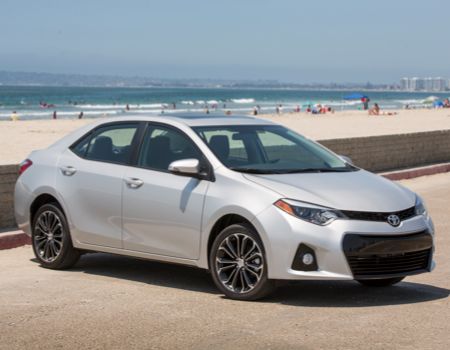 Over the past five decades Toyota has built a solid global reputation for reliability, efficiency and function with its compact model, so when the call came for a complete overhaul of what is already a very good vehicle it appears the designers and engineers on the Corolla team were given almost a completely clean sheet.

Very little is carried over from the current car to the 11th generation model. The new Corolla is longer, lower and wider and looks totally made over in every direction inside and out. To me, I saw hints of all its competitors as I paced back and forth around the vehicle during the recent press launch in San Diego, California.

“Iconic Dynamism” was the theme given to the team responsible for bringing this new car to market that stretched the new Corolla almost four inches while lowering the roofline just a tad and pushed the wheels out towards the corners while reducing overhangs.

Inside the vehicle is perhaps where these new dimensions are best experienced as there is appreciably more legroom in the rear seat while front seat occupants enjoy a much needed cleaner, more horizontal dash layout. This adds to the impression of a widened vehicle.

Corolla engineers also added efficiency to the new lineup with an all-new LE Eco model that delivers up to 42 mpg highway fuel economy thanks to a new technology making its debut in this car – dubbed Valvematic – that works with the variable valve timing technology to optimize air pressures in the intake manifold under light or heavy load operating conditions for maximum fuel efficiency. 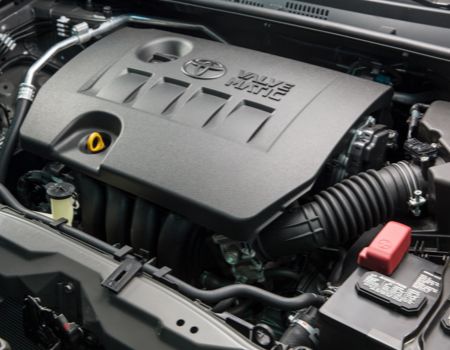 A pair of 1.8-liter inline four-cylinder engines power the new Corolla models with the new Valvematic version only offered (at launch) on the LE Eco. The base 1.8 produces 132hp and 128 lb. ft. of torque while the Valvematic 1.8 generates 140 ponies with 126 lb. ft. of torque.

Also new for 2014 is the CVT-i continuously variable transmission with intelligent shifting that offers belt and (two) pulley gear ratio shifting to provide optimum fuel economy while also meeting acceleration demands of the driver. The new CVT-i on S model cars adds a new Sport drive mode that makes it feel as if Corolla is outfitted with a seven-speed gearbox and even comes with steering wheel paddle shifters.

The new LE Eco model may be the fuel miser of the bunch but, thanks to its slightly better engine output, acceleration does not suffer when the need arises. We drove each of the new L, LE, LE Eco and S models in and around sunny (and classy) San Diego and found the 2014 Corolla to be every bit as good as the outgoing car (which was also provided for comparison purposes). The 10th generation car was good and we were hard pressed to find significant improvements with the new model when it came to ride and drive. 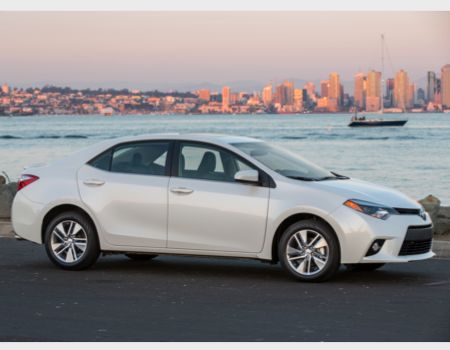 Overall the onroad experience between the two is different with neither really coming out on top except perhaps when one pushes the sport button in the S model and the electric power steering tightens up a bit while also enhancing throttle response. The MY2014 Corolla S is no FR-S by any means, nor even a Scion tC for that matter, but it is a decent car with sporty looks, unique lower front fascia and wheels and supportive bucket seats that offers a sportier drive than its LE Eco sibling.

Pricing was announced the day we stepped into the 11th generation car with base models starting at $16,800 and a sporty S model carrying an MSRP of 19 grand, a pricing reduction over outgoing S Corollas. 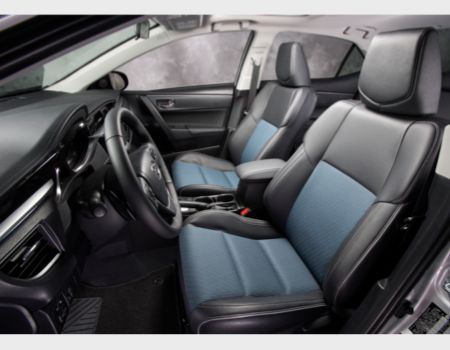 Should you opt for the LE Eco expect to pay north of $18,700. All LE, S and LE Eco models can be further upfitted with Plus and Premium packaging that upgrade wheels and tires, brakes and seating. The next-generaton EnTune infotainment technology is available across the lineup with Facebook Places and Yelp joining the app suite this year.

The 2014 Corolla is not just new for the U.S. or North America. This is a global makeover giving all markets the 11th generation car. In other words, this is huge for Toyota. With nearly 40 million units sold carrying the nameplate it almost goes without saying that Toyota has a lot riding on its shoulders  the new car. 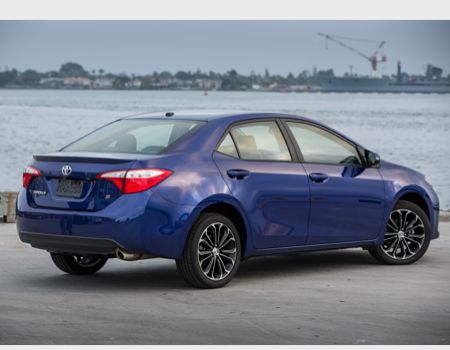 Styling and space improvements take the 2014 to new places for Corolla and many will be hard pressed to immediately recognize the next-gen car. It looks good but it is a totally new look for the line, a design strategy that was common during the first few decades of the nameplate but abandoned in recent iterations of Corolla.

As has been seen, competition around the world is fierce with compact vehicles leading the way in sales in most markets. I don’t know if this Corolla has what it takes to knock Focus off its lofty throne but Toyota is finally answering the challenge already set forth by not only the new Ford but also new models from nearly every other automaker hitting the market over the past couple of years. Good luck and game on!