Now that the holidays are in full swing, and your home is cycling through visiting friends and family, you might find yourself trying to come up with a fun group activity that includes dinner. I’ll bet you’re thinking “it shouldn’t be this hard”, and you’re right! So, I’ve got the solution for you — Punch Bowl Social!

I took the opportunity to check out the Punch Bowl Social in Austin last weekend; I went in with zero expectations because I didn’t know what to expect. Helena had said you could have a Virtual Reality experience while you ate dinner. Don’t ask me why, but in my mind, that meant sitting at a table with VR goggles on while trying to eat. It honestly didn’t sound that fun, but I couldn’t have been more wrong about everything. 😉 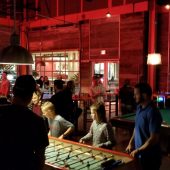 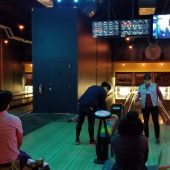 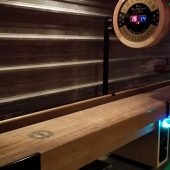 … and at the Austin location, there is a VR Bazaar that you can experience by the hour.

I have to admit that it was a little bit overwhelming walking in. I had no idea that the place would be so big, or so popular, or that there would be so much to do in there.

When my party of four arrived, we were taken to our own VR corner which consisted of a long couch with small circular tables in front of it. There was an approximately 10′ x 13′ roped-off area in front of a large screen television showing what was currently happening inside the VR goggles hanging from a cable in the middle of the roped off area.

Kev has never experienced VR gaming, so he volunteered to go first. A knowledgeable staff member was on hand throughout our experience to give tips, answer questions, and make sure that whoever was up was comfortable with what was happening. 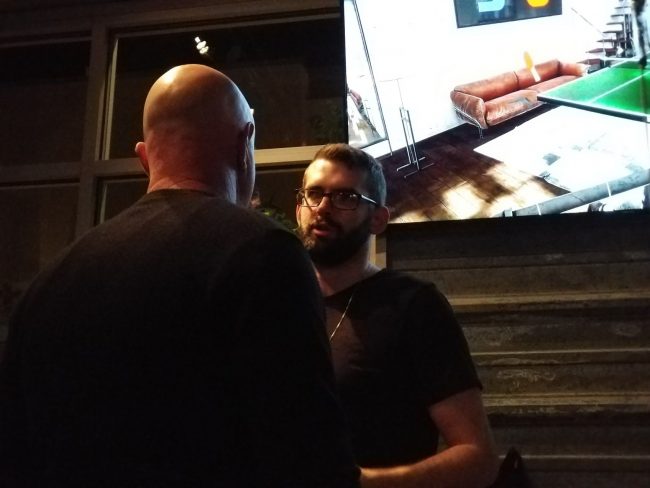 While Kev was playing, we were sitting on the couch checking out the menu … 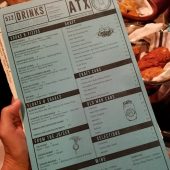 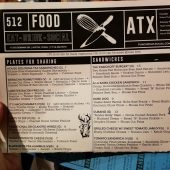 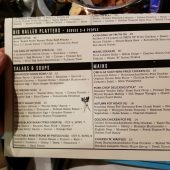 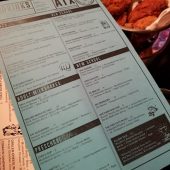 Everything is made in portions meant for sharing; we didn’t want to over-order, so we settled on three things: the black-eyed pea hummus, the Siracha fries, and the Colonel Platter which comes with 12 pieces of fried chicken, biscuits, cole slaw, pickles, and two dipping sauces. We absolutely enjoyed all of it, and the portions were large enough that we had a sizeable box of leftovers when we were done. 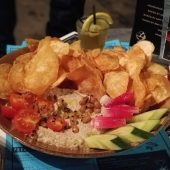 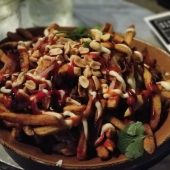 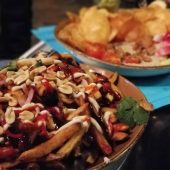 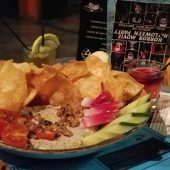 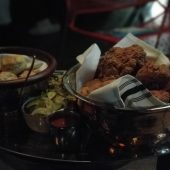 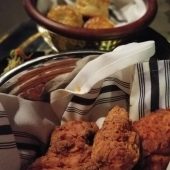 To go with our meal, our server brought out four samples of their punches … 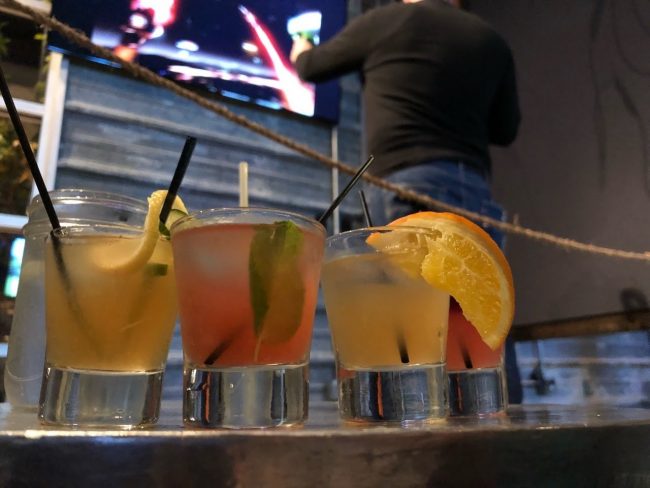 … and after tasting them, we opted to get a watermelon polo bowl to share. 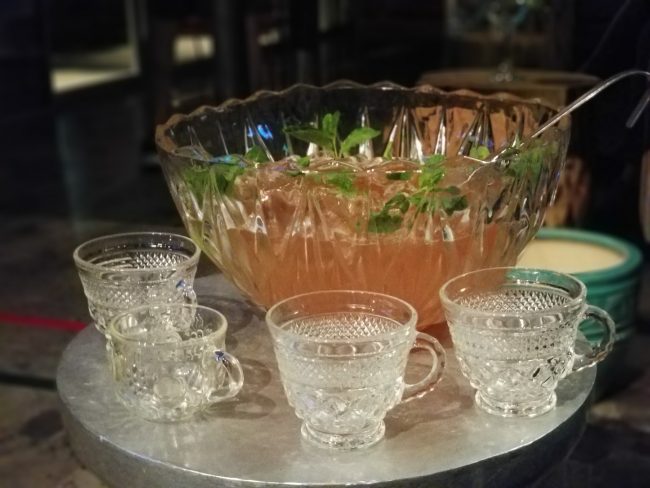 One of the interesting things we learned while playing their VR game catalog was that because you are standing and stepping from the start while wearing the VR goggles, you’re unlikely to get that feeling of vertigo that sometimes comes with VR activities. Kev took to it like a fish to water! 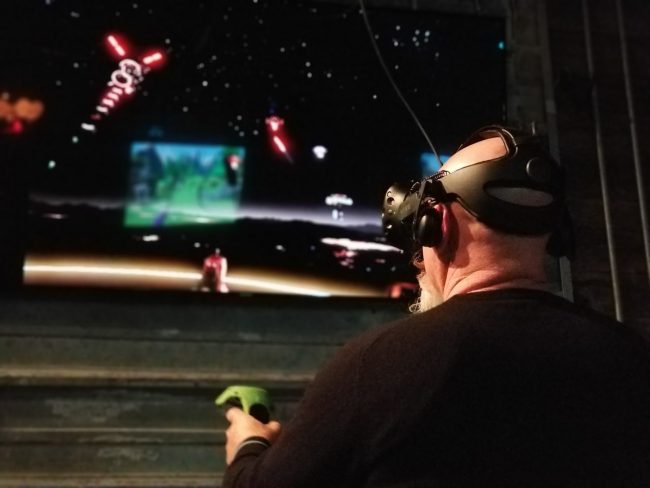