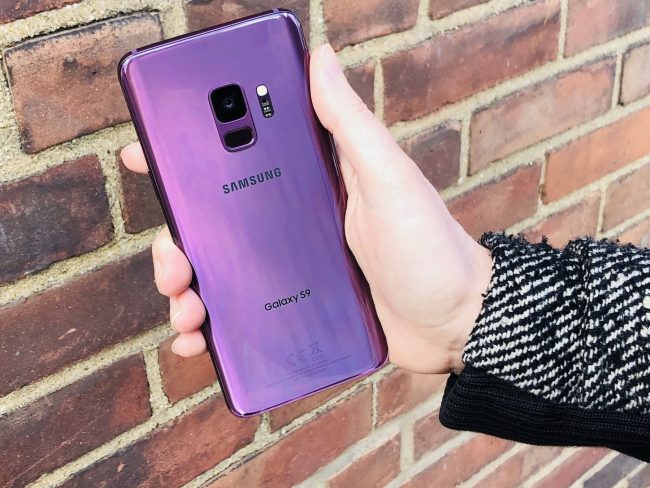 Blazing fast performance, an uninterrupted totally immersive display, great optics – the Samsung Galaxy S9 is everything we’ve come to expect from Samsung’s flagship phones. With all of that said, on the hardware front, the S9 is not all that different from its predecessor. Instead, its unique features are what makes the S9 stand out.

We tested the S9’s most unique features and here’s what we discovered.

We’d best describe AR emoji as a cross between Apple’s Animoji and Bitmoji. So instead of emulating your facial expressions with a 3D animal animation, the S9 creates a 3D version of you which you can share via text messages. This feature is hardly a must-have, but it is fun to play with. With that said, we’d like to see more customization options for your avatar. We also think that the tracking needs improvement. But more so than the AR emoji that creates an avatar version of yourself, we’re especially excited about the Disney AR emoji that Samsung has been rolling out. You can essentially become Mickey or Minnie Mouse with AR emoji, and more Disney AR emoji characters will be rolled out as times goes on.

The Galaxy S9 can be used as a translator. Just point the phone’s camera at what needs translating and it will translate for you in real-time. This technology is powered by Bixby Vision. Yes, the free Google Translate app offers similar functionality, but it’s convenient to have this feature built into Bixby Vision and it works quite well.

Instead of going to Sephora, Sephora is coming to you. Trying on makeup is just one of the features that Bixby Vision offers and it works really well. You get to try out everything from mascara to foundation, and if you like how the product looks on you, you can tap directly on the item to buy it.  Bixby Vision can also be used to point at objects, food, and wine, and Bixby will quickly pull up information about the product and it will point you where to buy the product online. Again, these are all features that you can find in other apps, but Bixby Vision brings it all together nicely from within a single interface.

The S9 can record video at 960 frames per second. That is a heck of a lot more impressive than the slow-motion capabilities you’ll find on other smartphones. But if the frames per second don’t impress you off the bat, let’s just say that Super Slow-Mo is one of those features you never knew you wanted, until you try it, and it turns out to be a ton of fun. Super Slow-Mo truly turns everyday moments into epic masterpieces. Samsung’s camera app even takes your slow-mo footage and quickly stitches it together into a fun film with music, all with minimal effort.  But watch the video above of my Westie playing ball and decide for yourself. 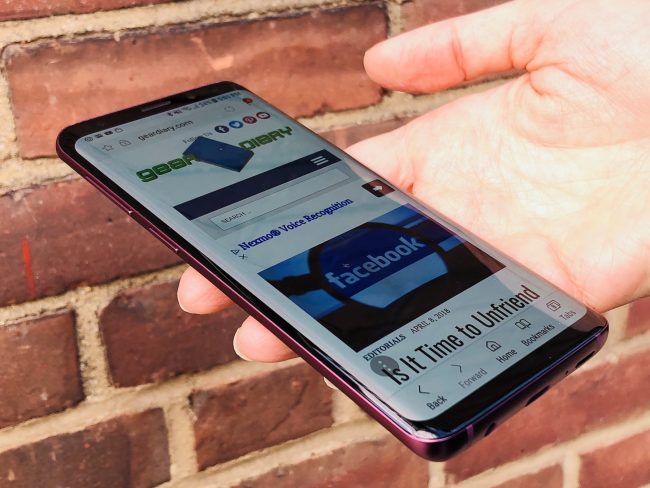 Check out those curves

The display on the Galaxy S9 can’t be beaten, or at least no one has managed to yet. With that said, the same near bezel-less, quad HD+ Super AMOLED (2960×1440 / 570 ppi) edge-to-edge curved display of the S8 can be found on the S9. And while the S8’s display was no slouch, the S9 improves on it with slightly better brightness levels. 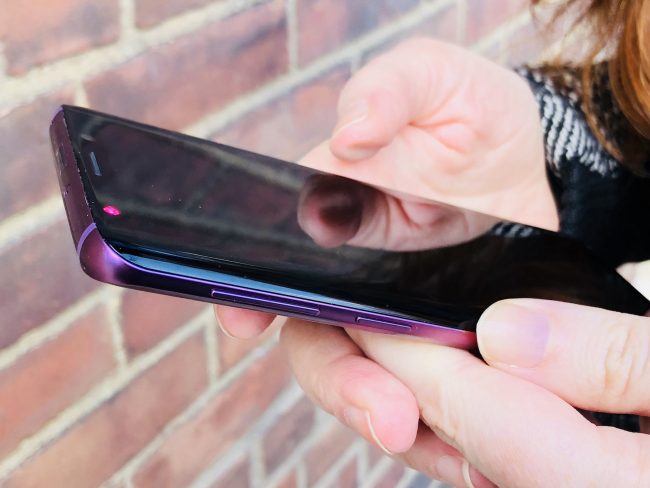 While the S9+ is quite compact considering the large display that it’s rocking, we think that the S9 really hits the sweet spot in terms of size. That is because the S9 manages to pack in a 5.8″ display inside a body that measures 147.7 x 68.7 x 8.5 mm. It’s easy to grip, very pocket friendly, and yet the display doesn’t feel cramped at all.

The Samsung Galaxy S9 is powered by Qualcomm’s latest and fastest chipset, the Snapdragon 845. The result is a 25% performance boost over the S8 and more than a 30% graphics performance boost. But the benchmarks speak for themselves:

This is a feature that SmartThings users will appreciate, and everyone else will gloss over, but if you’re someone whose entrenched in the Samsung SmartThings ecosystem (like I am) then take note because the S9 and the S9+ are the first devices to come pre-loaded with the new SmartThings app. The new SmartThings app essentially transforms your phone into a universal remote control that manages all of your IoT and smart home devices. The app lets you do an assortment of cool things like checking what’s inside your Family Hub fridge, receiving real-time notifications when the laundry is finished and sending videos to your Samsung Smart TV, and more.

Intelligent scan combines Samsung’s secure iris scanner with its facial recognition unlock, so if the face scan fails, it has the iris scanner to fall back on. In general, we’ve found that Intelligent Scan works well most of the time, but for times when it doesn’t, you can still use the biometric fingerprint scanner on the backside of the phone to unlock the device. We really appreciate having all of these different options for conveniently unlocking our phone. Take that iPhone X!

Is purple the new rose gold? We think so! Either way, the new lilac purple and coral blue options for the Galaxy S9 are haute. We can’t stop getting oohs and ahhs for the purple model we have been testing. Unfortunately, it’s also a fingerprint magnet, but we can live with that.

The camera on the S9 struggles in low light and is not nearly as good or as sophisticated as its bigger sibling, the S9+, and that is a total bummer. We wish that manufacturers would stop doing this sort of thing (yes, we’re talking to you too, Apple). However, that is really our biggest gripe with the S9, because otherwise, the Galaxy S9 is yet another excellent flagship phone from Samsung.

With all of that said, if you have an S8, there isn’t really enough reason to take the plunge and upgrade to the S9. But if you are due for an upgrade, come for the superb design and hardware, stay for the fun perks like AR emojis and Super Slo-Mo.

The Bad: Lacks the better optics of the S9+; AR emoji needs refinement; Solid but not great battery life