How does an automaker improve a vehicle that’s seen sales success for nearly 38 years running? Aluminum. Yes, Ford has wiped the slate clean on the best-selling vehicle in North America and rebuilt the 2015 Ford F-150 pickup from the ground up, giving it aluminum skin, a new frame, new engines, and a lot more technology. For me, this week was Deja Vu as I returned to San Antonio, Texas for a Ford F-150 launch program. It was 11 years ago when I visited the Alamo City with Ford in the “all-new” F-150 and many of the same routes were driven in this 2015 truck as I did in the MY2004. About the only difference this go around was that I did not get to ride a longhorn steer. 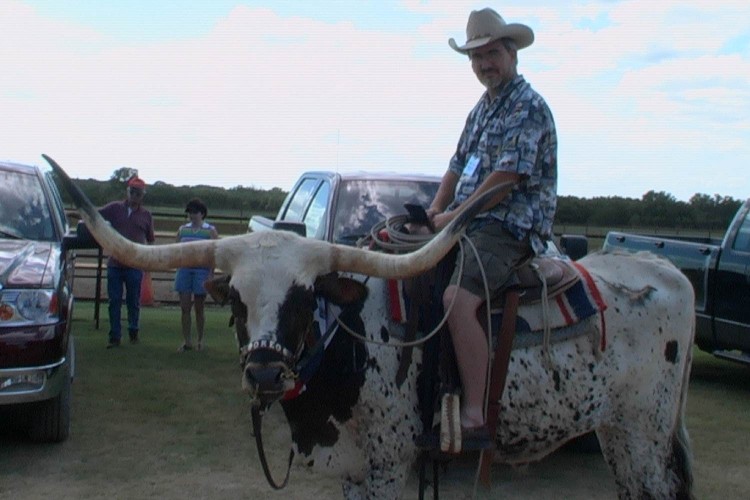 As for time spent in the trucks, Ford hosted on- and off-road driving courses as well as towing evaluations pitting the new F-150 up against some of its key competitors. The new Ford performed admirably, but more on that later. 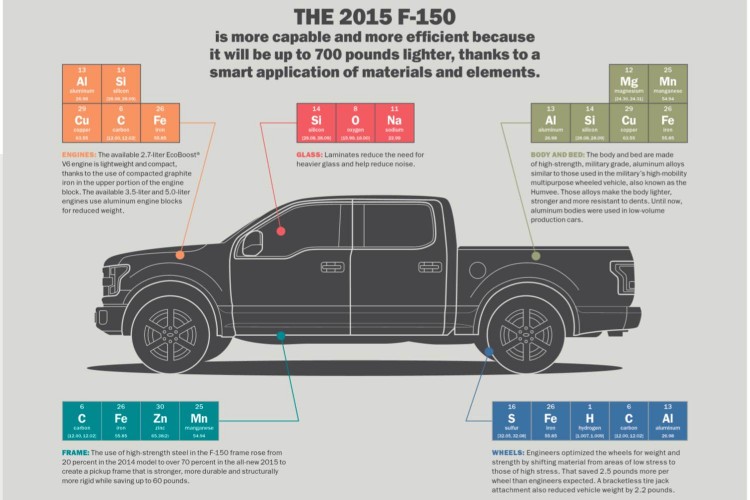 I never found out who at Ford first uttered the word “aluminum” over in truck operations but apparently it was heard by the right folks as the 2015 models will use the material in all body panels, hood, tailgate and cargo box, replacing traditional steel. The use of aluminum in vehicles is not totally new to Ford as Big Blue Oval was the parent corporation over Jaguar when it began using aluminum in its vehicles circa mid-2000s. Aluminum exhibits different characteristics and properties when it comes to molding, joining and painting so assembly plant modifications are certainly in order as Ford gets ready to deliver the 2015s by the Holidays.

A huge benefit in the use of aluminum is the reduction in weight each truck will see – some 700 pounds according to Ford. This slimming translates directly to increased towing and payload ratings for all 2015 Ford light duty trucks. Engineers also gave the new truck a redesigned ladder frame and developed a new hydraulic body mount. Down side to the aluminum is you folks that have magnetic door signs on the side of your trucks – they won’t stick to this new rig. You’re just gonna have to figure something else out. 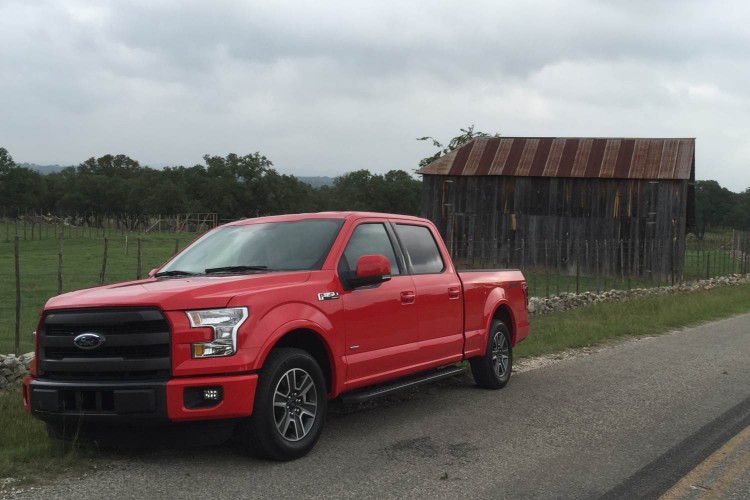 Some of the biggest news is in the powertrain arena as Ford now offers three six-cylinder based engines for F-150 and only one V-8. The base engine is smaller, down from 3.7-liters to 3.5-liters, while producing more power and better fuel economy. A second EcoBoost engine is being offered in the form of a turbocharged 2.7-liter V-6 that generates 325hp and 375 lb. ft. of torque. This engine was a very pleasant surprise. Lots of low-end power and very, very smooth all they way through the powerband. It would not surprise me if this did not end up being the most popular choice of the four engines offered in the new F-150. The remaining two engine choices are the EcoBoost 3.5-liter V-6 and the 5.0-liter V-8. All engines are backed by a six-speed automatic gearbox. 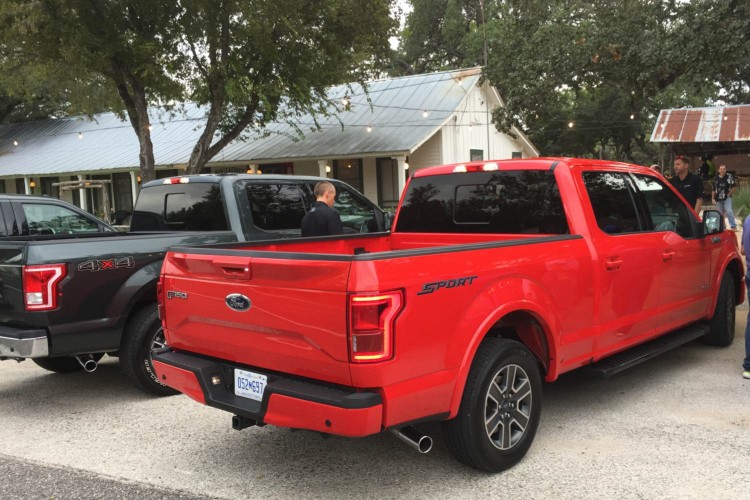 Buyers can choose 4×2 or 4×4 running gear in Regular, SuperCab and SuperCrew cab configurations in XL, XLT, Lariat, Platinum and King Ranch trim levels. My favorite is the King Ranch edition that features new color choices along with updated interior styling. A minor point is that Ford offers its trucks with two- or three-occupant seating up front. I like the fact that three can still fit across the front in comfort or you can use the middle seat to slide your sweetie over closer to you. That center seatback can fold down to reveal a console with cupholders and storage and the center seat bottom lifts to reveal “concealed” storage for valuables and other items and offers a cupholder that pulls forward.

While my biggest surprise of the day was how well the EcoBoost 2.7 performed, my favorite feature had to be the massage function of the front seats in the King Ranch we test drove. Oh. My. Gosh. Tushie rub, back massage…it doesn’t get much better than this, and that is just one of many new technologies arriving in F-150 for MY2015. Others include 360-degree camera view with washer for front camera lens, LED headlamps, taillamps and side spotlights, active park assist, adaptive cruise control and collision warning with brake support, curve control, smart trailer tow module, blind spot monitor with cross traffic alert, integrated loading ramps, BoxLink cargo box storage system, trailer hitch assist and remote tailgate with lock, unlock and release from the key fob. 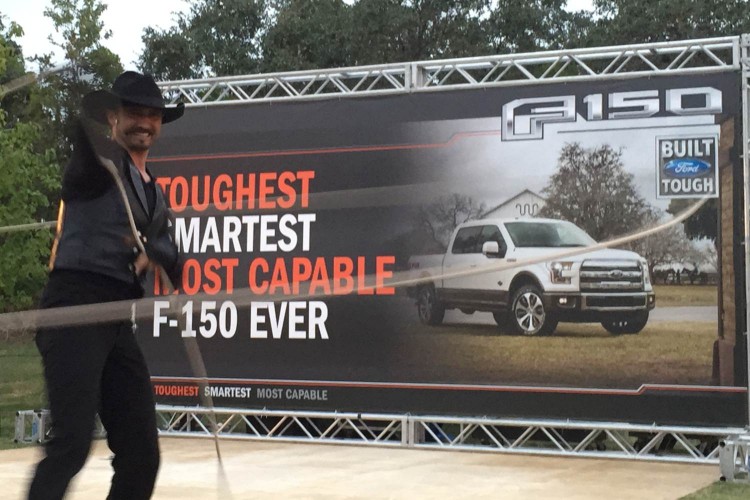 This all-new 2015 Ford F-150 is touted as being the toughest, smartest and most capable F-150 yet and will deliver class-leading towing and payload in the form of being able to tow up to 12,200 lbs. and haul some 3,300 lbs. with fuel economy increases of 5 to 20 percent over current generation trucks. Certified fuel economy figures are expected some time next month. 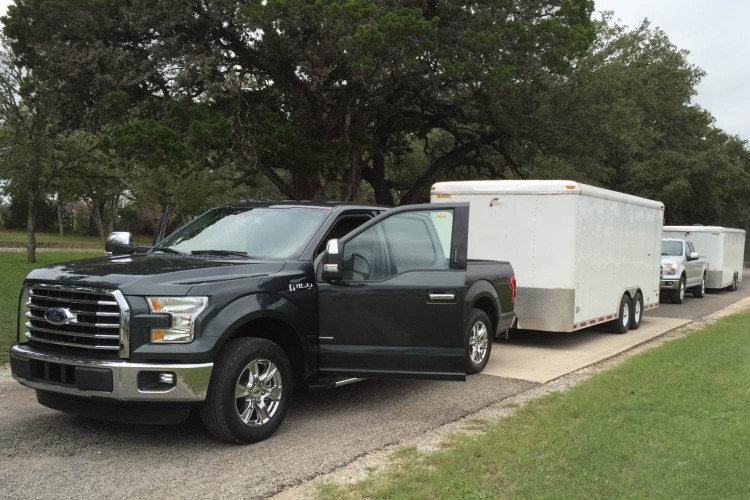 The new truck rides so well on the road on all different surface conditions. It is quiet, smooth, stable and firmly planted, offering plenty of space and a host of creature comforts one might find in modern luxury sedans. It proved quite capable off-road as well and never lost its footing or its way. In the towing scenarios the F-150 handled the 9,000-pound trailers quite well, but in full disclosure the Chevy 4×4 performed admirably too. 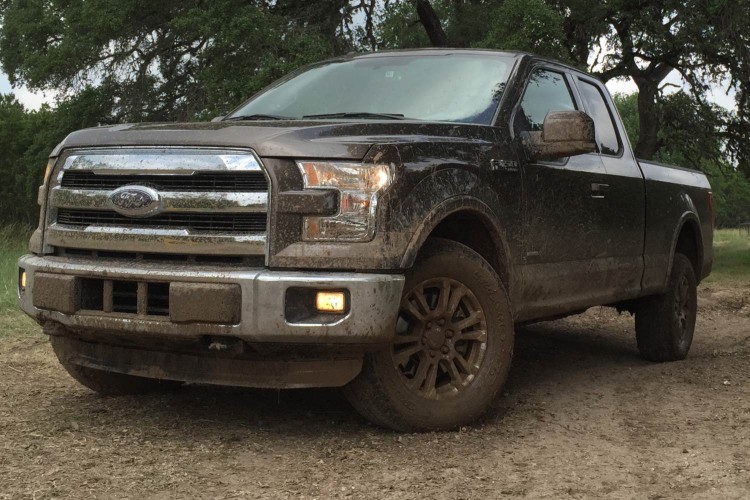 The selldown of MY2014 trucks has begun, and as they disappear so does the Raptor SVT model as well as the 6.2-liter V-8 from the F-150 line. Despair not though, as Ford always has a few tricks up its sleeves so expect to see some special edition models down the road. 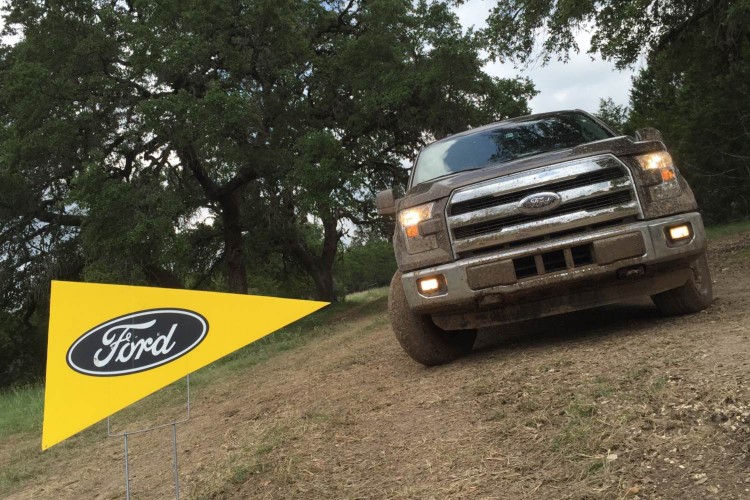 This fall season is big for Ford, launching both the new Mustang and this all-new, best-selling half-ton pickup. Changes made to the F-150 are both revolutionary (widespread use of aluminum and expanded V-6 engine lineup) and evolutionary (updated design and amenities) in nature. During my time with the new truck I found nothing to deter buyers from continuing the trend of making Ford’s pickup No. 1. 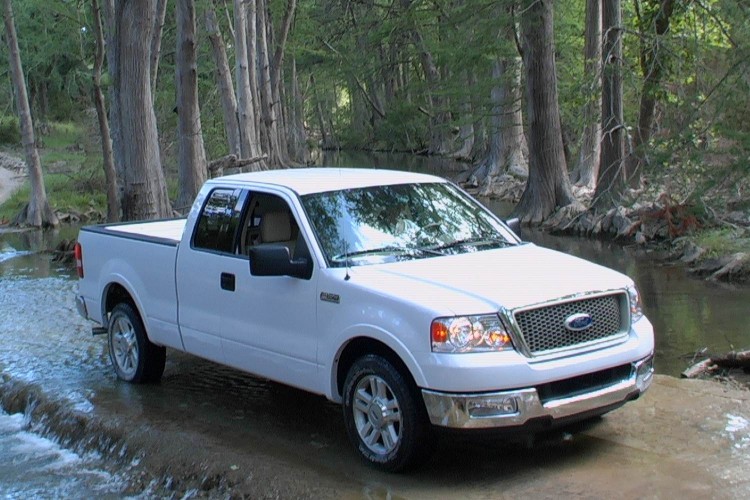 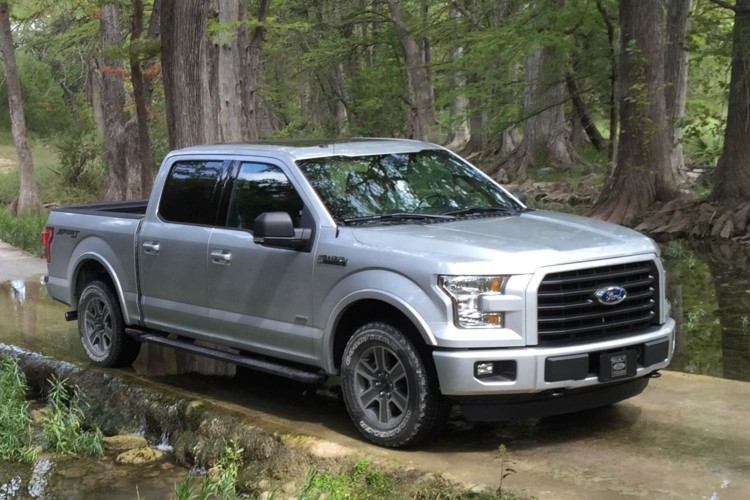 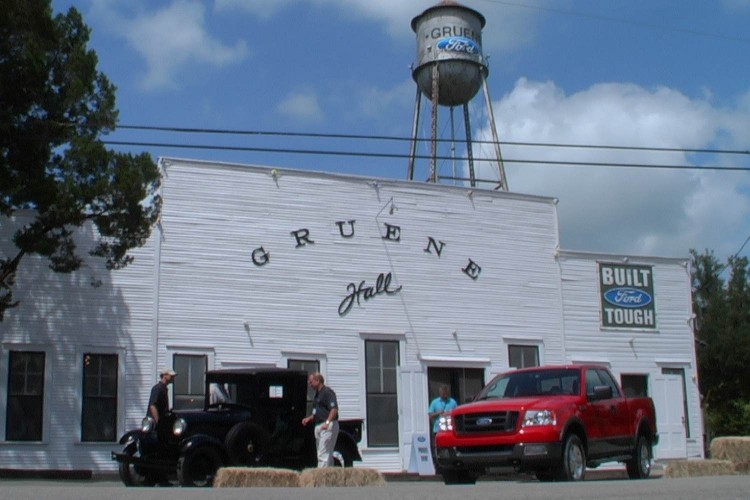 Ford took over the town of Gruene, Texas then and now, even painting its logo on the water tower in 2003 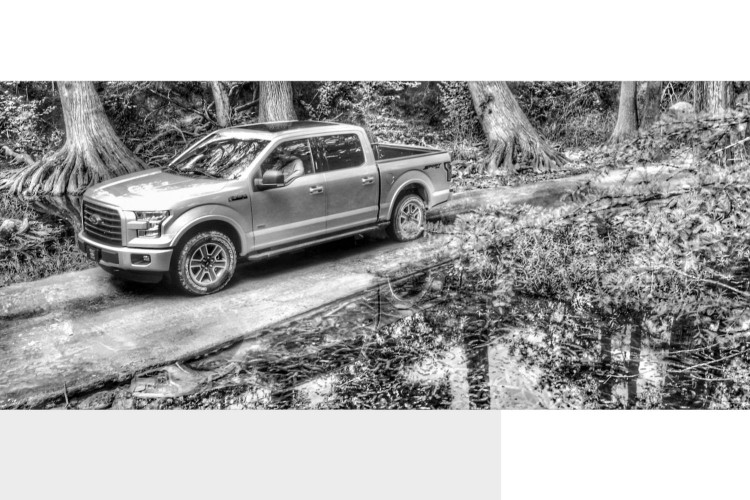