Infiniti brings luxury back to the middle class – the mid-size crossover utility class that is. The QX that shares its architecture with the Nissan Pathfinder has returned to the Infiniti lineup after a 10-year hiatus and it arrived as a three-row, seven-passenger unibody crossover surviving a couple rounds of renaming strategy sessions and offering a choice of power trains. 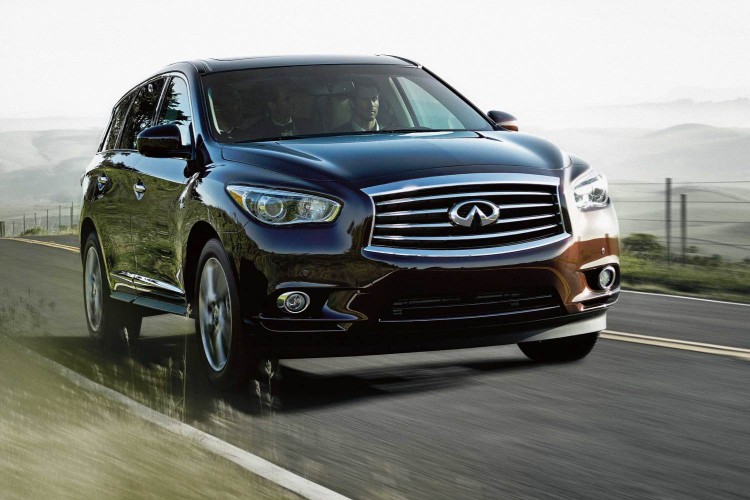 We first reviewed the new crossover from Nissan’s luxury division as a 2013 model when it was named JX35. That moniker only made one round as Infiniti returned the QX badge to its midsizer that disappeared as a QX4 in the early 2000s. Seems the automaker has settled on QX60 and it is offered with choice of 3.5-liter gasoline V-6 engine or hybrid gas/electric powertrain in front- or all-wheel drive configurations.

Each engine is mated to a sport-tuned CVT gearbox that offers good fuel efficiency in normal mode and can mimic a traditional multi-gear automatic transmission in sport mode. Our test model arrived with the gasoline engine that is rated to generate 265hp and 248 lb. ft. of torque offering EPA fuel economy of 21 mpg city and 27 mpg highway in FWD format. 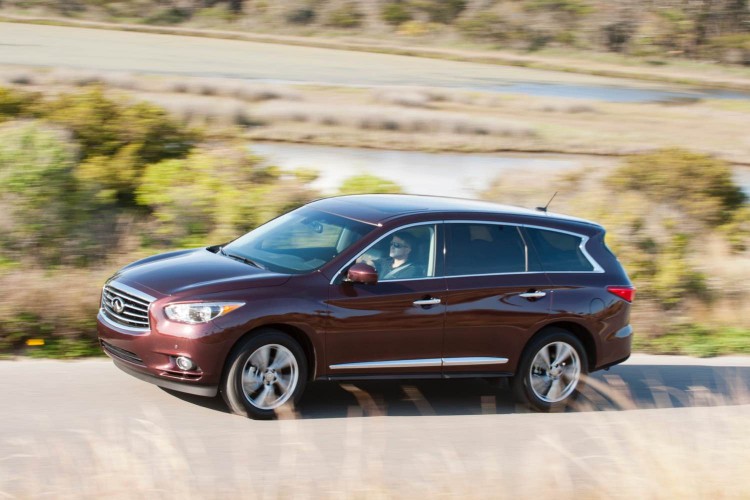 Despite the options offered from the Infiniti Drive Mode Selector in the QX60 (Standard, Sport, Snow or Eco) I chose to leave it set to Standard during my week behind the wheel that saw a mix of wet and dry road conditions and the Infiniti tackled them all perfectly thanks in part to a tight chassis, responsive suspension and standard Active Trace Control and Vehicle Dynamic Control.

As I said, the model is not totally new to the test driveway as it did arrive in nearly identical form just a couple of years ago with the initial name badge on the fender. Everything we enjoyed back then seems to still be here for MY2015 and Infiniti engineers have added a bit of technology updates to the vehicle as well including Infiniti Connection with Google Calendar, Drive Zone/Speed Alert and Infiniti Personal Assistant, Around View Monitor with Moving Object Detection, Backup Collision Intervention and awesome Bose Cabin Surround audio system with digital 5.1-channel technology. 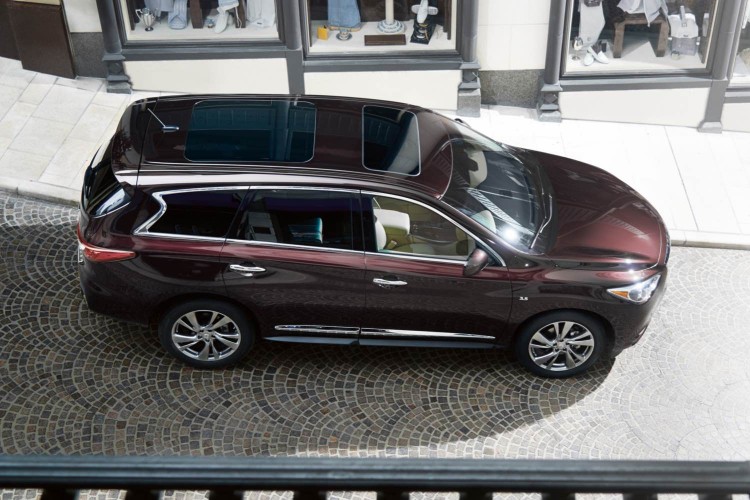 The QX60 does arrive with standard third row allowing for two extra passengers although those seats should be relegated to smaller occupants who would be more comfortable for longer trips. The second row of seats is very comfortable for adults and children alike and with the third row folded flat there is ample room in the rear for cargo.

Infiniti delivered a test model that was loaded to the gills with extra features including Technology, Deluxe Touring, Premium and Premium Plus packages placing absolutely every amenity offered by the automaker into our hands including climate-controlled front seating and second- and third-row moonroof with power sunshade. 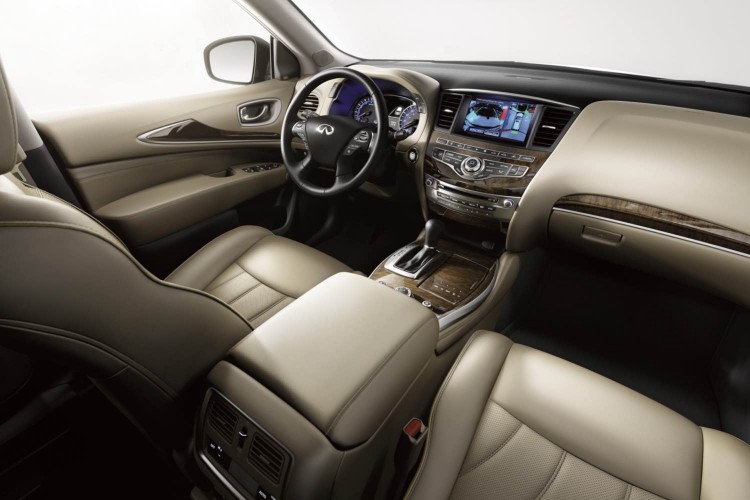 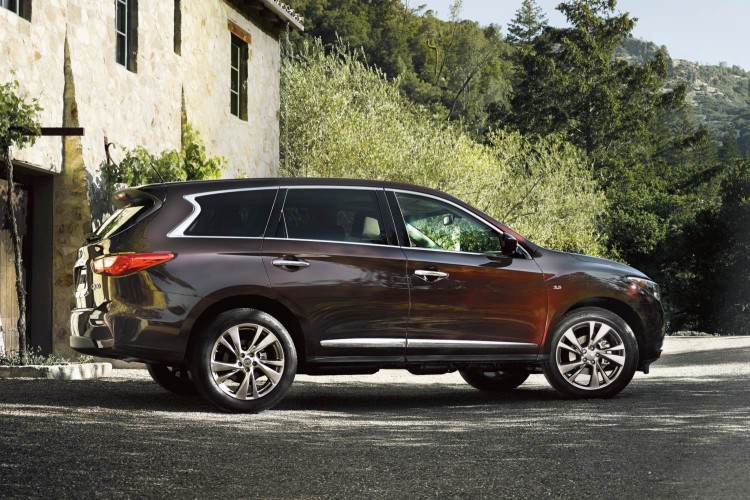 The 2015 Infiniti QX60 offers great safety and security and features a modern, luxurious design element inside and out. It rides quiet and stable in the road and if needed can even tackle non-paved surfaces in a pinch. For those of you seeking luxury in the middle, Infiniti proves it is worthy of a second look.