This week’s automotive review is another update of sorts as I had already driven this vehicle within the past year. I am talking about the all-new 2015 Ford F-150 pickup that shook up the consumer truck world by making these vehicles largely from aluminum. The recent week in a King Ranch SuperCrew solidified our impressions from the launch last fall. 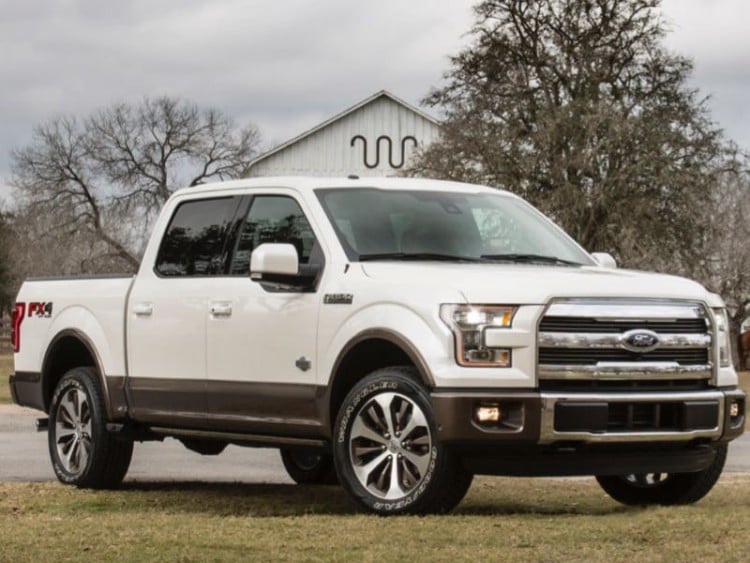 “This all-new 2015 Ford F-150 is touted as being the toughest, smartest, and most capable F-150 yet and will deliver class-leading towing and payload…” I said this in my article following the launch program in San Antonio, Texas, a strategic location deep in the heart of the Lone Star State and deep in truck country. We discovered on that program just how well the 2015 F-150 will tow and haul against the competition and just how well the new EcoBoost powertrain lineup performs in a myriad of situations. 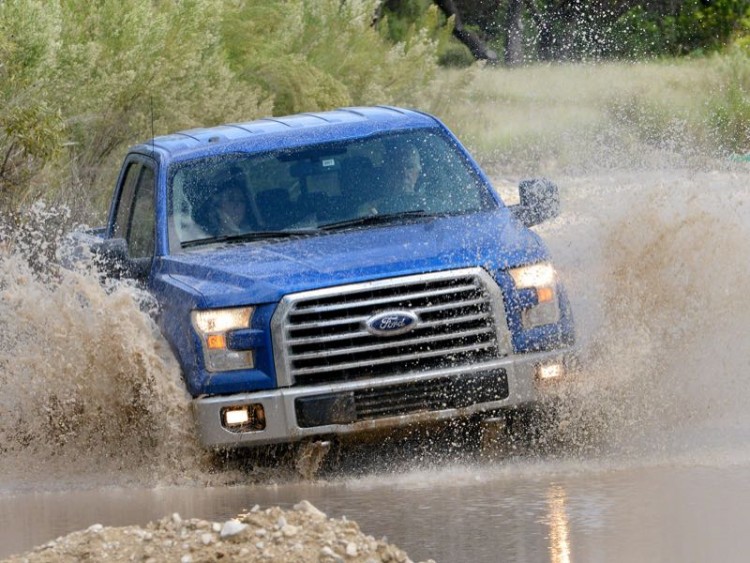 My week behind the wheel was far less dramatic but the most outstanding feature last fall triumphed valiantly day-after-day during the commute to and from work – the massage function of that King Ranch captain’s chair. Utilizing the inflation and deflation of air pockets in the seat back and seat bottom one will receive a “Swedish massage” of sorts during your driving (and front passenger riding) experience. This can be combined with the heat or ventilation functions as well for one of the best seat experiences in any vehicle on the road today. Period. 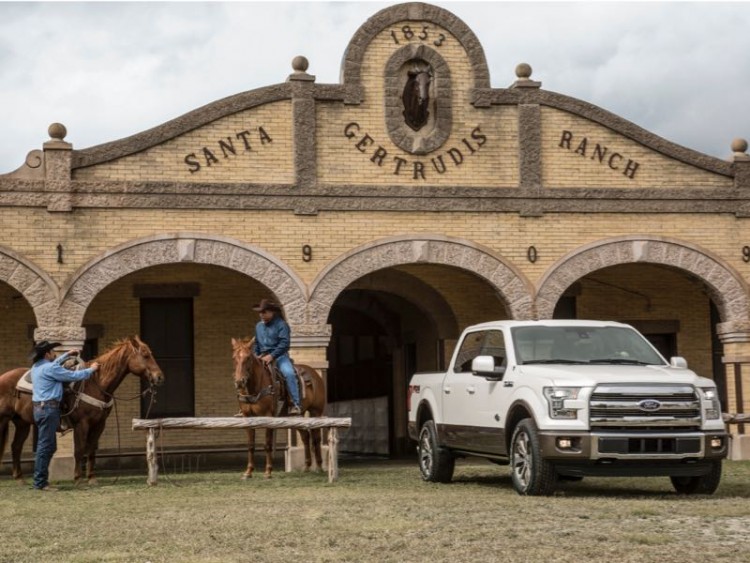 While the new EcoBoost 2.7-liter V-6 was the surprise of the launch event our recent tester came with the now tried and true twin turbocharged EcoBoost 3.5-liter V-6. For the new model year Ford has chosen to stop at six gears in the gearbox and despite generating some 365hp and 420 lb. ft. of torque this truck arrives with an EPA rating of 17 mpg city and 23 mpg highway WITH a 4×4 chassis. 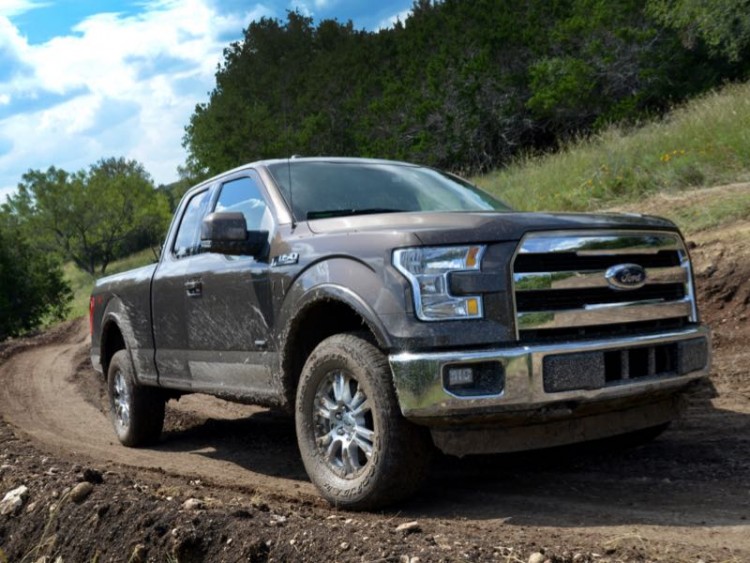 Another point that rang home true during our test week was the lack of inherent sound generated by a steel hull rolling down the road. The aluminum body panels operate dead silent and driving a competitive (steel) vehicle back to back with the F-150 will “drive” this point home. You don’t realize what is there until it is not. It is very subtle but the silence is deafening to a person such as myself with an extensive mobile audio background. 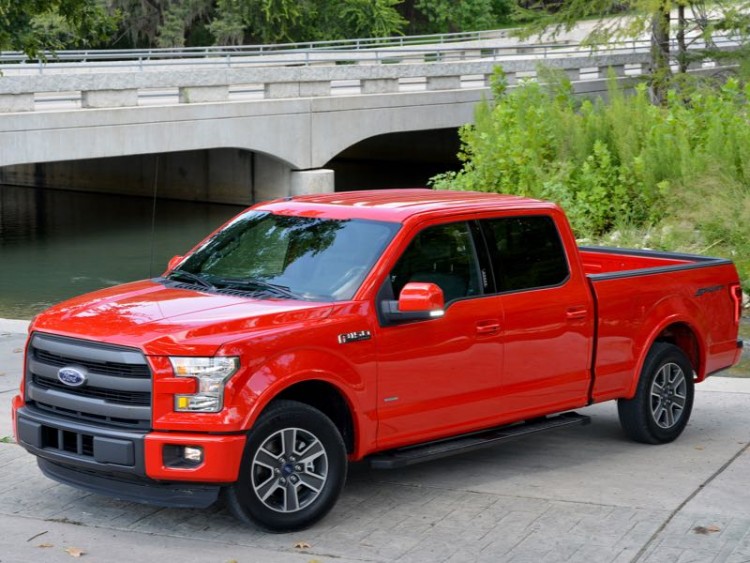 A couple of other very useful features found in the F-150 are the cargo box step built into the tailgate, the locking function of said tailgate when locking the vehicle with the keyfob, foldable cargo box extender, pickup box side steps, and although we did not get the chance to test them, the inflatable rear seat safety belts. 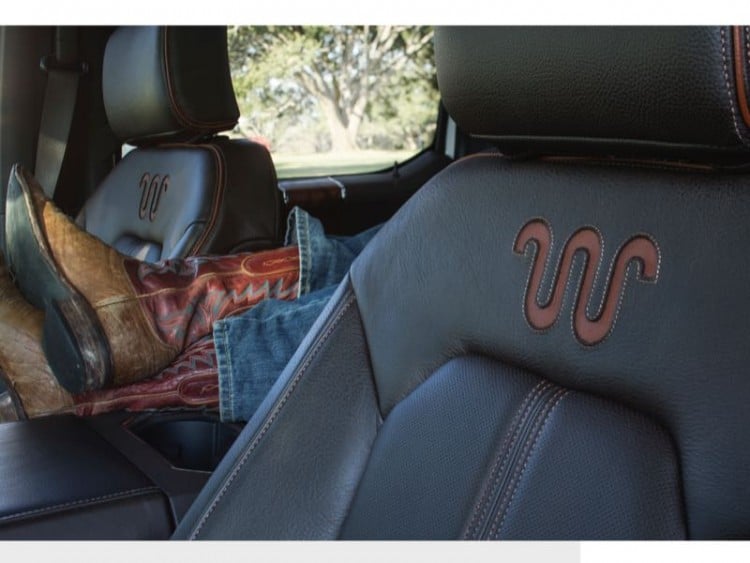 And with all of this I have mentioned I have not even gotten into the beauty of the King Ranch specific treatments the F-150 receives. The wood and leather work is just gorgeous and very comfortable with the King Ranch brand apparent at just about every turn of the eye. 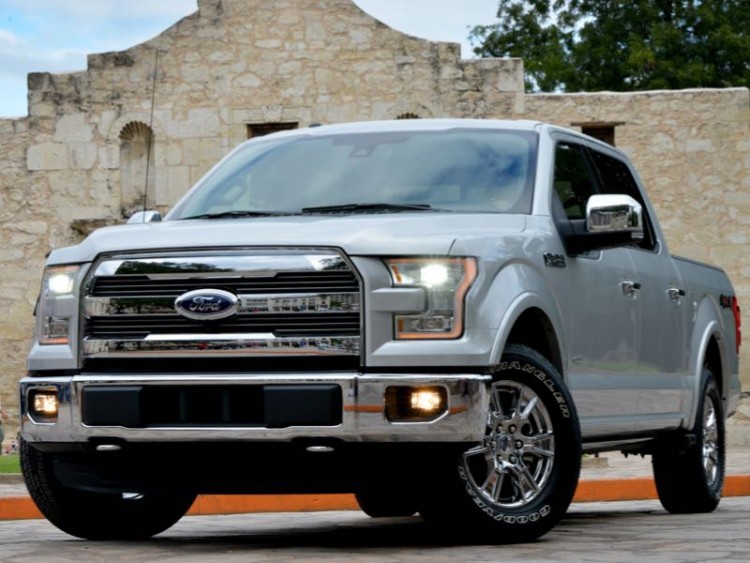 Ford took a big gamble by changing the game a bit in light duty truck manufacturing. The switch to aluminum was risky and some sales figures indicate it is not as widely accepted as traditional steel to truck buyers. Ford still leads the sales charts although the competition has stepped up to the plate in recent years as well and they began gaining market share even before the relaunch of the F-Series last year. 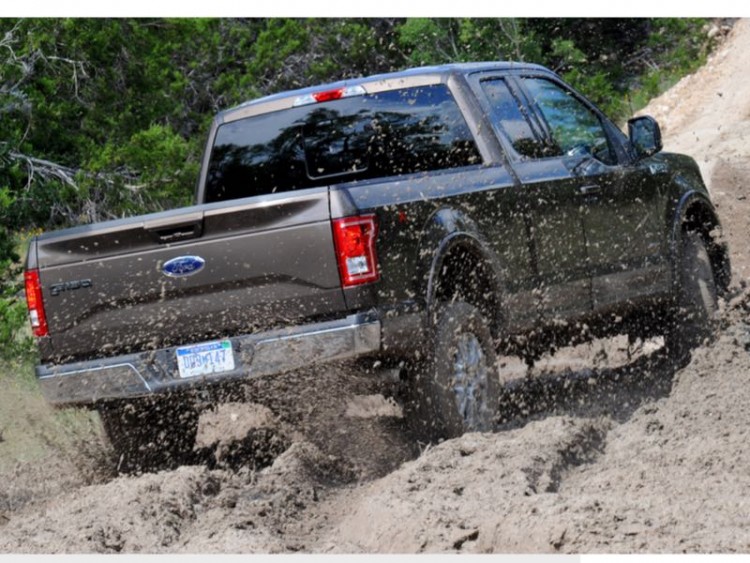 Pricing for this 2015 F-150 King Ranch 4×4 SuperCrew begins at $51,920 with the final sticker showing $61,175 but if you have been seeing any of the latest commercials from Ford you will notice there are big discounts being offered right now, with the competition also chiming in. And those great massaging front bucket seats for the win, Ford.