If you have a Windows Phone and you use Gmail, then whether you realize it or not, you have sent at least one email that was received looking like this:

And if you were replying to something that had significant forwarded or copied text in it, then the people who received your reply likely saw something that looked like this: 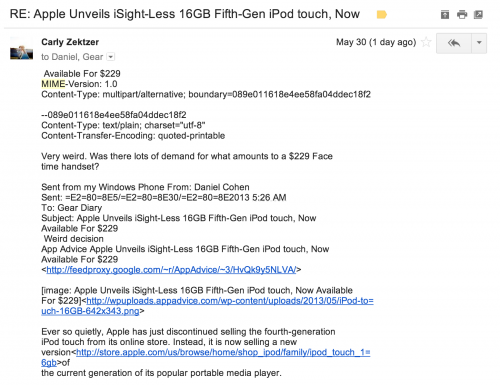 Pretty ugly, right? I have no idea why Google and Windows Phone have chosen to play so poorly together; all I know is that it is ugly, and I do not like knowing that people are receiving emails from me that look so awful. 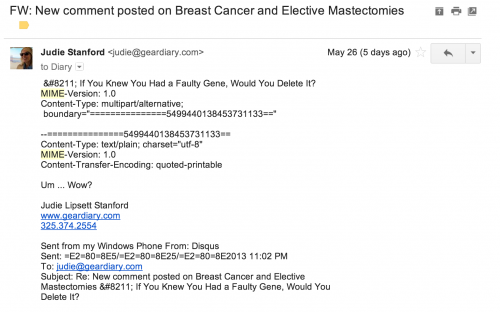 Why does it happen? I don’t know. But you can make it stop before it gets out of hand by doing this:

As long as you can remember to shorten the subject line significantly, your email will not display the ugly MIME headers.

So that’s the solution for one problem.

But does anyone know how to fix this Gmail/Windows Phone issue? 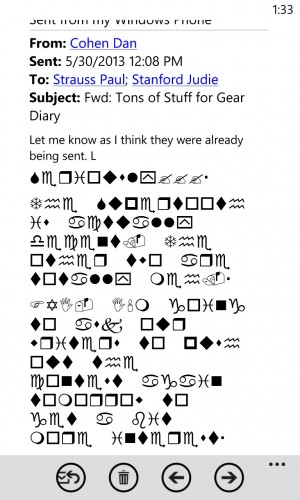 I have no idea what is going on here. =P